For the trivia lovers among you, here are 28 beautiful factoids about Irish sport that could aid you come the next table quiz or pub conversation.

1. Only one man has played both soccer and Gaelic Football at Wembley

An Irish international too. The late, great Tony Grealish. The story is detailed in this Breaking Ball segment from the early 2000s.

2. Tony Grealish is an uncle of English rapper 'Example'

Mulligan has family in Galway and coached Brian Talty, Barry Brennan and other Galway footballers in the late 80s. In 1987, they very nearly reached an All-Ireland final, only to be denied by Larry Tompkins late equaliser in the semis. 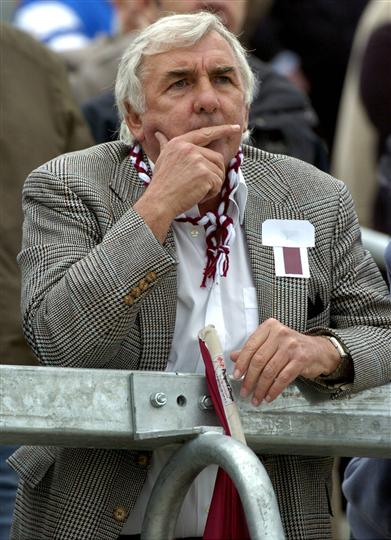 4. John Inverdale is a massive GAA fan and got Jarlath Burns to take him on a Gaelic football tour of Ireland

Apparently he couldn't understand why the goalkeepers kept lamping the ball into the middle of the field. Why didn't they just take it short?

5. Contrary to public myth, the founder of the Ulster Unionist party DID NOT play hurling at Trinity College 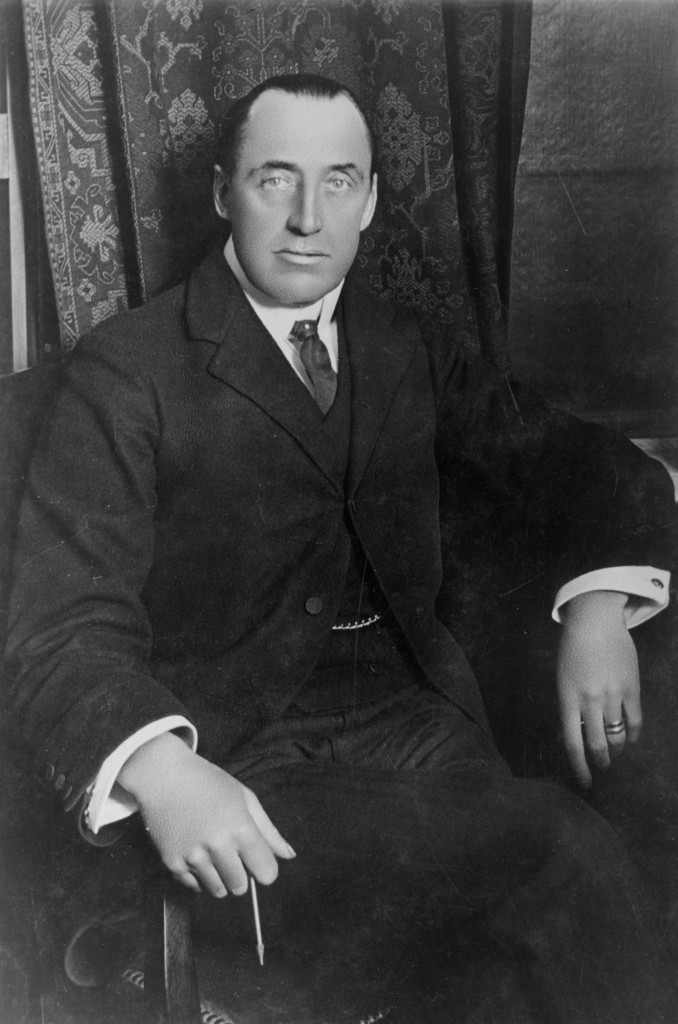 6. Morrissey is a cousin of Robbie Keane

Keane's grandfather is a first cousin of Morrissey's father. They met after LA Galaxy dispatch the Mexican champions and Morrissey was impressed by the experience.

He is a gentleman of the highest caliber (or, if you must, calibre), and to watch him on the pitch – pacing like a lion, as weightless as an astronaut, is pure therapy.

Robbie, the pleasure, the privilege is mine. 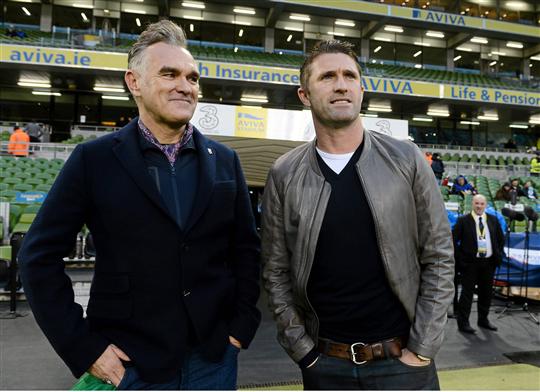 It's moderately well known that Alonso spent a summer in Kells in the mid-1990s as a Spanish exchange student (incidentally, anyone who has ever played tennis at club level in Ireland will know all about those kids). He played a bit of Gaelic football too. Like every foreigner who has ever played the game, he remarked upon the physicality.

I played Gaelic Football with some of the local boys. It was very fast, very tough. Maybe they should wear crash helmets. 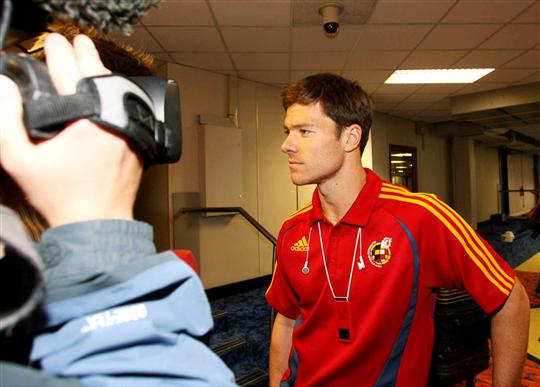 8. Irishmen finished 1st and 3rd in the 1999 World Series of Poker Main Event

The most prestigious event in poker saw Irishmen finish 1st and 3rd in 1999. The more renowned player Padraig Parkinson came in in third place while victory went to wealthy Dublin businessman Noel Furlong.

9. George Clooney's character in ER claimed to like watching 'Irish hurling' on ESPN

Thanks to the GAA's little publicised deal with ESPN in the mid-1990s.

At the height of the phenomenon of booing Rangers players at Lansdowne Road, Brian Kerr announced:

As a young fella, in my madness, the Rangers results were always the first ones I looked for.

Sadlier has previously written about boldly wearing a Rangers jersey as teenager in Dublin during the early 1990s.

11. Ronnie O'Brien was nominated for Time Person of the Century in 1999 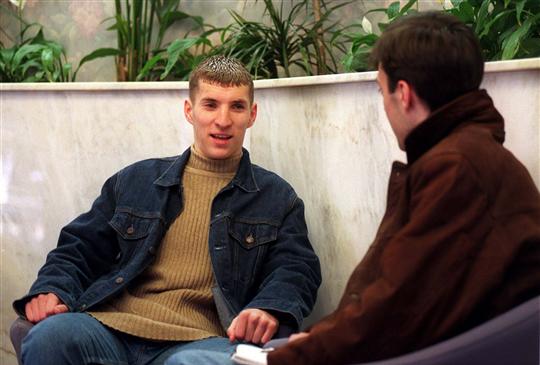 It look set to be a right old ding dong between the three big boys, Einstein, Gandhi and O'Brien, until the powers that be stepped and in a high handed move announced that 'whimsical candidates will not be considered.'

For many, this decision cast a shadow over Albert Einstein's eventual victory.

12. Ronnie O'Brien topped the poll in a list to find Juventus greatest ever player in 1999 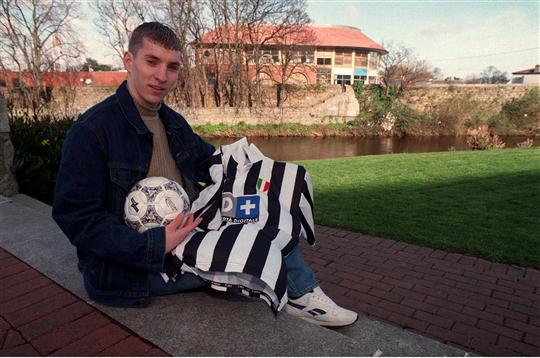 Given that he had come so close to winning Time 'Person of the Century', it seemed reasonable that O'Brien be considered for the accolade of 'greatest Juventus player of all time'.

As with Time magazine, the hierarchy stepped in and removed him from the running.

He is no bandwagoner either.

McGuinness has been a cricket fan since the early 1970s and, according to UK Labour politician Peter Hain, is able to 'recite match statistics and comment expertly' on the sport.

Naturally enough, he is an Irish supporter but he backs England in the Ashes. 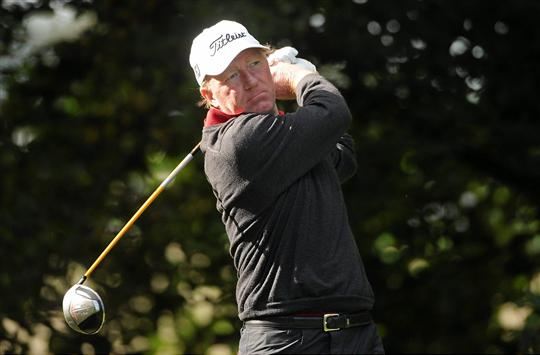 One of the strangest things to emerge from the notorious gathering of Fianna Failers in Galway in 2010 was that Brian Cowen regaled a room full of his colleagues with an impression of former Ryder Cup golfer Philip Walton.

Walton is said to suffer from dysphonia, a neurological condition that affects his voice.

That meet-up of Fianna Fail TDs is infamous because of Cowen's groggy interview in Morning Ireland the following morning.

15. A former Irish scrum half is now one of South Africa's biggest media personalities

Dubliner John Robbie was capped nine times for Ireland in the late 1970s and early 1980s and travelled on the Lions tour in 1980.

After losing his job with Guinness for breaking the anti-apartheid boycott in 1981, he stayed out in South Africa, playing a record number of times with the Springboks.

He drifted into sports reporting and then was asked to fill in on a late-night phone in programme. After that everything changed.

In the 1990s, he became South Africa's answer to Vincent Browne, a provocative and controversial interviewer with a wildly popular radio programme. Even Nelson Mandela was reputed to be a fan.

16. Gay Mitchell suggested that Dublin should look at holding the 2004 Olympics

In the wake of the Barcelona Olympics in 1992, Mitchell, then Lord Mayor of Dublin, boldly announced that Dublin should look into the possibility of holding the Olympics. A report was drawn up by Price Waterhouse Coopers which indicated the whole thing was doable. 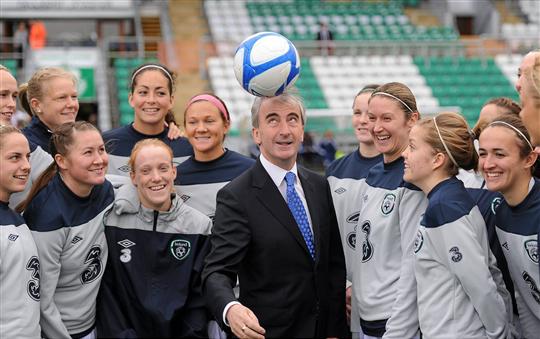 17. Economist Colm McCarthy attempted to form a club called Dublin City and install them in the Scottish League back in 1990

Read about that here.

18. Pole Vault is the only event in the Olympics in which an Irishman has not competed 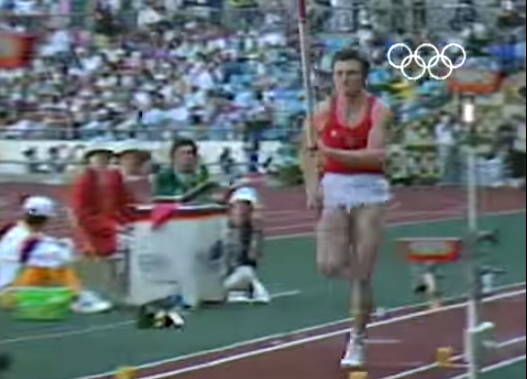 19. The first GAA player to play in the AFL was born in Scotland

The first Aussie Rules player to be brought over as part of the 'Irish Experiment' was a Scottish born Kerryman.

Sean Wight travelled much in his too short life. He was born in Scotland, moved to England at the age of ten where he earned a trial at Fulham and later moved to Listowel where he played Gaelic Football, proving good enough to play for Kerry in the 1982 All-Ireland minor final.

Between 1985 and 1995, he played for the Melbourne Demons football club, the same team as Jim Stynes.

20. The last Irish-born player in the NFL also played League of Ireland football for Shelbourne and Shamrock Rovers

Clondalkin born Neil O'Donoghue had the job that Ronan O'Gara claimed to be getting.

He played for Shamrock Rovers in 1971-72, scoring a couple of goals in the process. In the mid 70s, he headed to America to play some college soccerball in Alabama.

The college's soccer programme went the way of many US soccer programmes at that time and was disbanded. Rather than traipse home, O'Donoghue simply transferred to Auburn and American Football and became their starting place kicker.

He earned All-America honours and was drafted in the fifth round by the Buffalo Bills. Between 1977 and 1985 he played for the Bills, the Tampa Bay Buccanneers and the St. Louis Cardinals.

He set the franchise record for the most points in a season for the Cardinals but became better known for a host of missed kicks (not all of them difficult) at pressure moments most notably in 1984 when he missed a kick in the dying seconds which cost the team a spot in the playoffs. 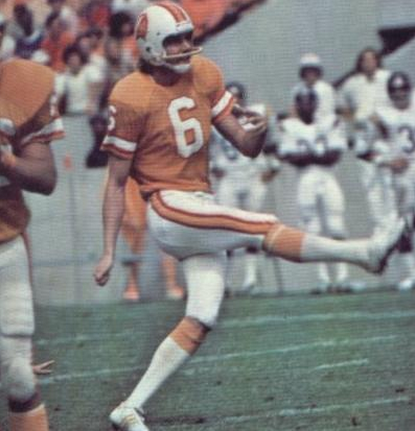 The Yeats family boasts a Nobel Prize winner and an Olympic medallist. Jack B, famous painter and brother of William, won the Irish Free State's first ever Olympic medal, when he took silver in painting at the Paris Olympics in 1924 for his work 'The Liffey Swim'.

Painting ceased to be an Olympic 'sport' in 1948. As did architecture, literature, music and sculpture. 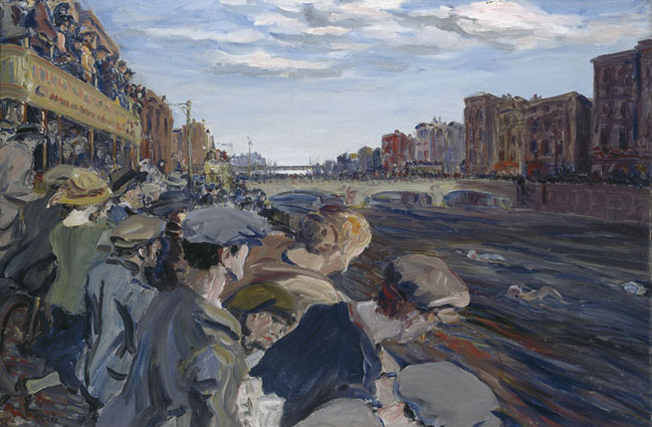 22. Pat Burke is the only Irish born NBA player and he played for Real Madrid

We're not sure how connected he is to the mother country, having moved from Dublin to Ohio at the age of three. Played for the Orlando Magic, the Pheonix Suns and the Golden State Warriors. His NBA career was interrupted with spells in the wilderness and in Europe. This included a spell with Real Madrid. The basketball team. Never came home to play for Killester sadly.

On July 20th 2012, two Gaelic football teams took the field devoid of Irishmen. Galicia beat Brittany on a scoreline of 5-8 to 3-8. The Breton outfit led at half-time but the Galician manager Carlos Seca gave what was, by all accounts, an inspirational half-time team talk and the home side powered onto victory. Read about the match here.

Dubliner Noel Purcell was part of the Great Britain water polo team when they won gold at the 1920 Olympics.

The founding of the Irish Free State in the meantime meant that Ireland had their own water polo team by 1924 (it may well have been the main motivation behind the independence movement).

Purcell went ahead and captained the Irish team that year as they reached the quarter finals. Not only that, but he was also a rugby international played in every game in the 1921 Five Nations, in which Ireland beat Scotland but lost the other three games.

25. Kildare County worked their way onto the HBO show 'The Life and Times of Tim'

Kildare County may have a short stint in the League of Ireland but they left their impression on the creators of the animated HBO show, 'The Life and Times of Tim'. A Kildare County poster was plastered on the bathroom door of the Tim and the boys' local.

In the wake of this spot, I have watched every episode of Mash hoping to see a reference to Thurles Town but to no avail. 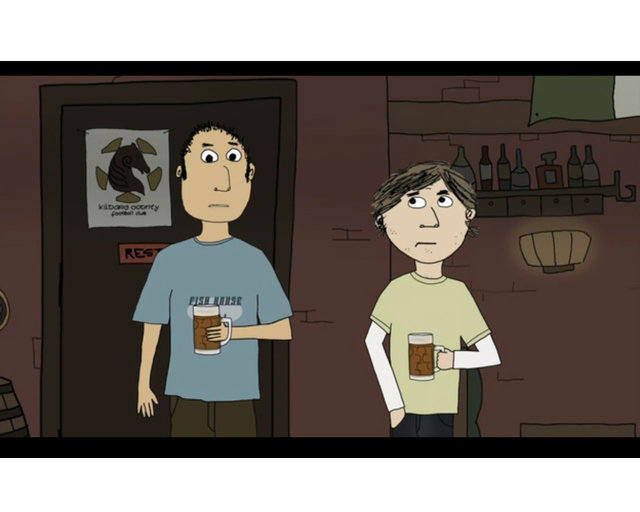 26. The first football tournament that the Irish Free State competed in was at the 1924 Olympics and three football clubs were represented

The only three football clubs represented were Bohemians, Athlone Town and St. James's Gate. The team was captained by a Roscommon solicitor called Dinny Hannon who played for Bohs.

They beat Bulgaria 1-0 and then were knocked out in the quarter-finals after losing 2-1 to Holland after extra-time.

27. Ireland's first ever international goal was scored by a St. James's Gate player

Ireland won their first ever international football match, beating Bulgaria 1-0 in the 1924 Olympics. The goal arrived with fifteen minutes left and was scored by centre forward Paddy Duncan.

The news emerges that former Donegal and Mayo footballer Martin Carney has a page on the Internet Movie Database. This is not surprising news in and of itself. The database is so extensive that if you contribute to a vox-pop on RTE, you'll come home later that evening to find page set up in your honour.

The page is rather scanty and has only two credits, The Sunday Game and the 2001 film 'On The Edge' starring Cillian Murphy.

Carney is reported to have played a priest. It is true that a man called Martin Carney did indeed have a very brief, non-speaking cameo role as a priest in this film but it wasn't the same Martin Carney that appears on the Sunday Game. 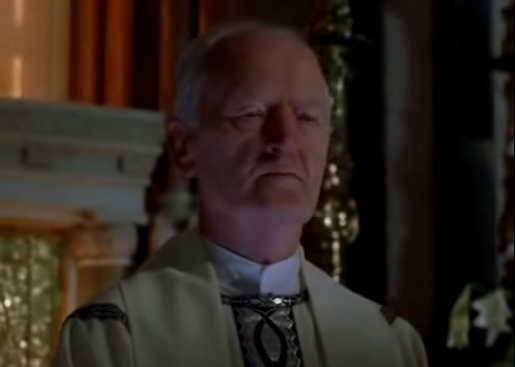