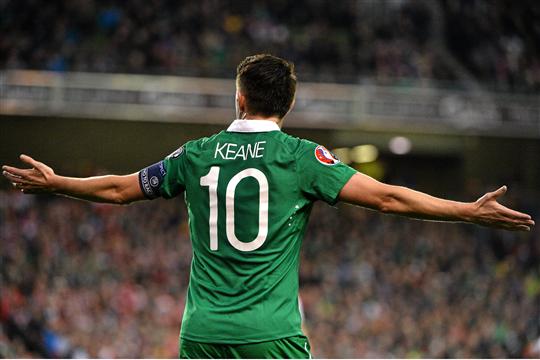 Less than a fortnight before Ireland votes in the same-sex marriage referendum, Ireland captain Robbie Keane has thrown his support behind the Yes Vote.

In an eloquent letter, published in today's Sunday World, Keane said that it is wrong for people to feel excluded based on their sexual preference.

Here's the letter in full.

Although I am currently working and living outside of the country, I have been following the commentary and debate on the upcoming Referendum on same-sex marriage.

While, unfortunately, I will not be home to vote on May 22, I am strongly supporting a ‘YES’ vote.

Most of us will have friends or family who, up to now, have been denied to right to marry their loved ones or have been made to feel excluded because of their sexuality. To me, this feels wrong. I am a very proud Irishman and it is important to me that our country does, and is seen to, treat all of its citizens on an equal footing.

As a sportsman, fairness is key. My own personal view is that changing our Constitution on this issue is the right decision as it will give people the choice and opportunity to marry, irrespective of the fact that they may wish to marry someone of the same gender.

Marriage equality is an easy answer for me and will show the world that Ireland is a compassionate country that recognises and accepts diversity, and most importantly treats its’ citizens equally.

The rules of the game should be the same for all, no matter what team is right for you.