29 Years Ago Today Was A Momentous Day For Irish Football 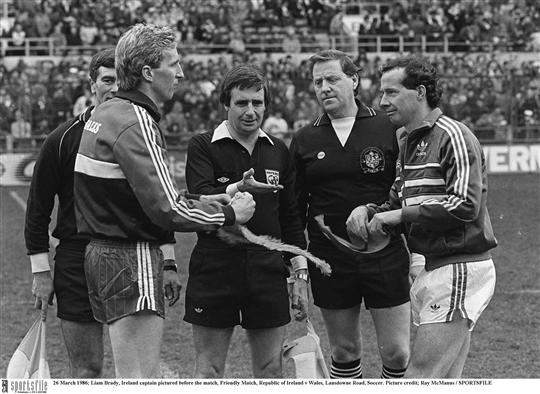 A dreadful pitch, a less than half-full ground, an afternoon kick-off on a weekday and a dreary 1-0 loss to unglamorous opposition - but a momentous day for Irish football.

Twenty-nine years ago today, Ireland lost 1-0 to Wales in front of 17,000 spectators in Jack Charlton's first ever game as Ireland manager.

The game also marked the first time Ray Houghton and John Aldridge ever lined out for Ireland.

It was the latter debuts which dominated whatever coverage was accorded to the game in the UK.

Aldridge was banging in the goals for Oxford United, then in the First Division. Clubmate Davy Langan - a Dubliner and first choice full back throughout the Eoin Hand era - alerted Jack to Aldridge's Irish connections.

Charlton liked the idea of plucking lads of Irish descent from the English League and went to watch him. Afterwards, while talking to Aldridge and Langan, Charlton also learned that Oxford's busy and impressive midfielder Ray Houghton had a Donegal-born father. He had found two first-rate players in one trip to Oxford.

Both Houghton and Aldridge made highly publicised debuts against Wales. The British football community greeted the news with a mixture of bemusement and irritation. The cockney half of Saint & Greavsie had signalled his opposition to the development.

I think you gotta draw the line somewhere, Saint. I mean my grandparents were Irish. I was born in the East End of London. I talk like this, 'ow can I play for Ireland?

At the time it was negative press for the national football team but the first thing any Irish fan thinks now is 'why didn't we get Jimmy Greaves to play for us?'

Even the Wales manager aimed a few kicks at Ireland's new recruitment policy in the pre-match interviews. Mike England was pretty scathing.

The rest of the football world thinks this business is a huge joke. If you've been to Dublin for a fortnight's holiday, you get called up.

Irish youngsters must feel very upset about it.

England didn't like the pitch either, proclaiming it not acceptable for international football. It looked like the Irish rugby team had just played a couple of matches on it - which they had. As we know, Jack didn't bust a gut to insist on it's improvement in future years either. 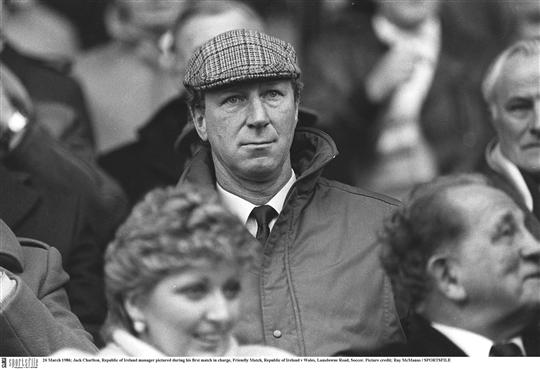 Wales could justifiably have considered themselves favourites going in. Ireland's effort to qualify for the 1986 World Cup was a pretty abject one. Their campaign dribbled to a miserable conclusion with a 4-1 loss to Denmark in front of a paltry crowd in Lansdowne Road. The hardy folk in attendance that day understandably spent the next twenty years basking in their moral superiority over the bandwagoners.

One of Eoin Hand's first acts as a former Ireland manager was to punch Eamon Dunphy in the face in Joy's nightclub in Baggot Street.

Wales, by contrast, were within ten minutes of qualifying for the World Cup at Scotland's expense until Davie Cooper slotted home a penalty to give the Scots a 1-1 draw. That match remains completely overshadowed by Jock Stein's death.

The details of the Ireland-Wales game are forgotten now. Bournemouth's Gerry Peyton was in goal, the defence consisted of Langan and Beglin in the full-back roles, with O'Leary and Newcastle's John Anderson in the centre of defence.

Liam Brady, still with Inter Milan and still under-fire from Eamon Dunphy, who labelled him 'self-indulgent' in the Sunday Tribune, was selected in an advanced midfield role, with Paul McGrath acting as the defensive anchor. Houghton and Whelan completed the midfield foursome.

Up front were Aldo and QPR's very non-prolific striker Michael Robinson, who was in for Frank Stapleton, after he failed a late fitness test.

OTD 1986 Jack Charlton took charge of Ireland for the first time against Wales in a 1-0 defeat #HereComeTheGoodTimes pic.twitter.com/eJQmIxIsH1

It was the fourth time Wales had met Ireland in international football. And it was their fourth victory. The identity of the goalscorer was no surprise. Ian Rush nodded them in front after seventeen minutes and they held Ireland off until the end. Neville Southall broke his ankle in a collision with Aldridge and had to be taken to St. Vincent's hospital for an operation. Aldridge later banged the crossbar twice in the game's closing minutes. 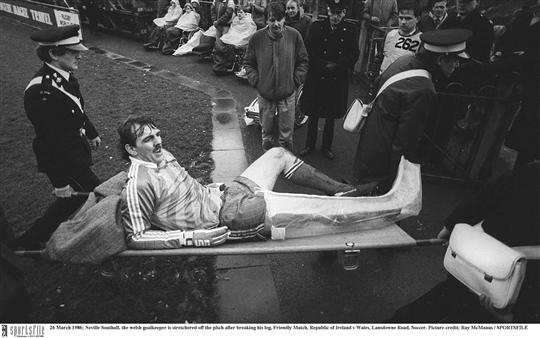 The one saving grace from a flat afternoon was that Ireland started the game better than they began it. That and two Oxford recruits who were adjudged to be lively and promising.

The following day was not the Irish sub-editor community's finest hour. The Irish Press and the Irish Independent evidently liked the 'It's not all-right Jack' headlines because they both used it.

At least Jack Charlton is starting at the bottom. We really cannot get any worse although the performances of both Houghton and Aldridge were crumbs on an afternoon of dull mediocrity.

In the same paper, Con Houlihan was even more impressed and wasn't holding out much hope for the flat-capped one.

'It's a pity Brian Clough doesn't like fishing', was the Kerryman's verdict. 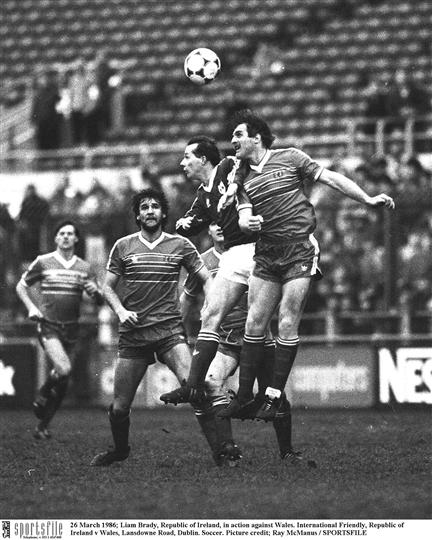