Update: After Jack Grealish revealed his reasons behind choosing England over Ireland, and the level of abuse that he got from Irish fans, it's worth taking a look at this article from last year to suggest that the decision is not as black and white as some would have it made it seem.

The following is a guest post from Thomas Parker, a Birmingham born writer with Irish roots. You can see more of Thomas' work on his blog (thomastparker.com) and you can give him a follow on Twitter (@ThomasTParker ) while you're at it. 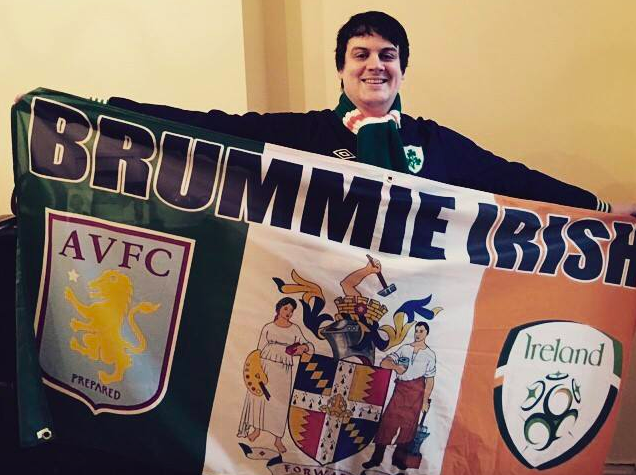 We’re not that different, Jack Grealish and I. We were both born and raised just outside Birmingham, we both have Irish roots, and we were both Aston Villa season ticket holders from an early age.

Oh, and I had a couple of questionable hairstyles in my teenage years, too.

But the similarities have to end somewhere. Jack, of course, has managed to graduate from the terraces to grace the hallowed turf of Villa Park. At the age of 31, with my chronic lack of footballing ability to contend with, I’ve been forced to concede that my Holte End vantage point will be as good as it gets.

But one thing that I have done which he hasn’t, is nail my international footballing colours to the mast. I’ve proudly been a season ticket holder at Lansdowne Road for four years now, and my regular trips to Dublin to watch the matches – and to mix with the friends I’ve made along the way – are always something to look forward to.

However, I have a dark secret to tell – it wasn’t always this way.

As recently as 2010, I could still be found, on occasion, sporting the three lions of England. But that’s not to say I wasn’t an Ireland fan until then – quite the contrary. Allow me to explain.

With an Irish mother and an English father, my loyalties were always split. My first real memory of an international football tournament was the 1994 World Cup, and with England not there, my Irish allegiance was allowed to shine through uninhibited.

Two years later, there was the gloriously technicolour utopia that was Euro 1996. Of course, Ireland weren’t there and during that heady summer, dare I say it, there seemed to be nothing cooler than supporting the England team.

It wasn’t until 2002 that both England and Ireland qualified for the same tournament, and far from feeling pressurised into picking a side, I eagerly purchased both teams’ jerseys, and keenly supported each of them with equal passion.

I realise that, to born and bred Irishmen, for me to say that I was a fan of both England and Ireland is akin to strolling into a Birmingham pub and claiming to support Villa AND Blues. They’re just views that aren’t compatible with one another.

The argument I’ll put forward in defence of Grealish, though, is that he almost certainly won’t see it that way. 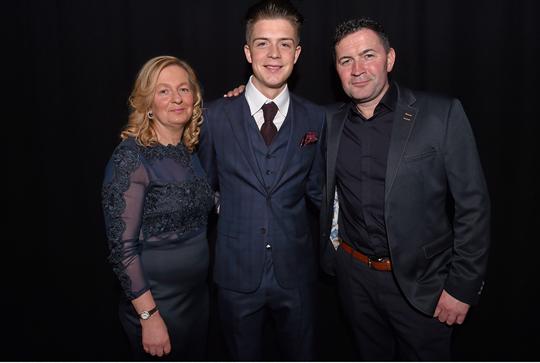 The fact is that, for socio-political as well as sporting reasons, England will always be seen as the fiercest of rivals to those who have lived their whole life in Ireland. However, in a city like Birmingham, the relationship between the two nations can only be seen as altogether more cordial. Many thousands of emigrants have made Birmingham their home, and the city’s fondness of Irish culture is underpinned by the fact that it is home to what is thought to be the world’s third largest St. Patrick’s Day parade.

Even if you look at the situation from a purely footballing point of view, England’s rivalry with Ireland tends to pale into insignificance to those with the likes of Germany and Scotland.

I guess, what I’m trying to say, is that if you’re of Irish descent but born and brought up in England, supporting both sides is a lot easier than you may think.

I know several people who talk fondly of tucking into Kimberley biscuits and red lemonade on childhood visits to their grandparents, and whom are fiercely proud of their Irish roots. But come the next big England match, they then think nothing of draping the St. George’s flag around their shoulders and belting out ‘God Save The Queen’. It’s not a betrayal, it’s just a celebration of mixed heritage.

The difference is that, for fans, there’s no obligation to choose just one nation. The English born Irish can celebrate every part of their make-up without having to surrender one in favour of the other.

Unfortunately for Jack Grealish, he’s an elite level footballer and simply can’t have it both ways.

I wish I could share with him a moment of epiphany that made me denounce the England team in favour of the Boys In Green, but the truth is that there wasn’t one. Gradually, over time, I just found myself caring less about England and more about Ireland, and it took me just one visit to Lansdowne Road to make my mind up for good. I can place my finger on no good reason for it, it’s just the way I felt.

I was 27 before I could say, for certain, that I supported Ireland and Ireland alone. Jack Grealish, at the age of 19, is being pushed to make that same tough decision, but with the added pressure of it being a potentially career-defining choice. 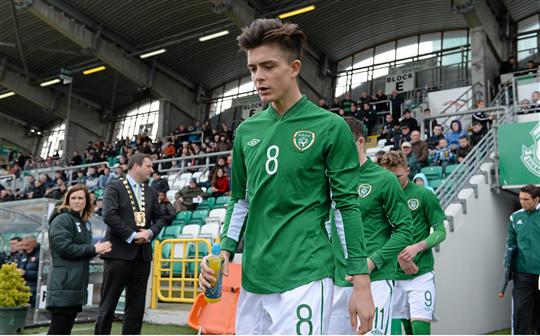 To be fair to Grealish, he’s been consistent in his explanation that he wishes to focus on club matters until September, which makes Ireland’s decision to attempt to force his hand look all the more strange. Essentially, a circus has been created around the announcement of this squad, purely because the FAI elected not to abide by the player’s clear wishes.

To those aiming sickening abuse at the lad on Twitter, I urge them to consider the fact that the decision hasn’t yet been made. It could be the case that he fully intends to declare for Ireland, and is being simply true to his word when he says he needs a year to establish himself within his club side. In this case, the Tweets aimed at him cannot be helping the Irish cause, and it’s a crying shame to think that Ireland could lose out on this prodigiously talented young footballer because of the actions of mindless online trolls.

While the likes of Kenny Cunningham, Brian O’Driscoll and countless Irish fans can be mystified by the perceived reticence of Jack to commit, with respect to them, they have no idea of the difficulty of the decision he’s facing. They were born Irish, bred Irish, and there was no choice to make.

I sympathise with him, because I can appreciate how hard it is. While I’m committed to Ireland from a footballing sense, I remain fiercely proud of the dual citizenship bestowed on me by my parents, no matter how incompatible a mix of Englishness and Irishness seems to so many people.

Whomever Jack chooses, it’s clear that he’s going to end up turning his back on a nation that he feels a strong affinity with. He’s probably hearing sound arguments for both causes. Given the same ultimatum at the age of 19, more than likely with different parts of my family pulling me in different directions, who knows what decision I’d have made? And once you make it, of course, you’re stuck with it forever. Just ask Brian McDermott about the ramifications of that.

All I ask of the readers of this article is to show some understanding towards him. Like all of you, I dearly want this supremely talented athlete to play for the team that I support. But whatever his decision, I defend to the death his right to make it.

Football
1 week ago
By Balls Team
Jack Grealish Reminds Ex-Villa Captain Of 'Iniesta In His Prime'
Football
1 month ago
By Gary Connaughton
Report: Aston Villa Interested In Manchester United Duo In Grealish Exchange
Football
1 month ago
By Paul Moore
"Ireland Forgive Nearly All Things" - Cascarino Thinks Irish Fans Would Welcome Grealish Back
Popular on Balls
The Rewind
12 hours ago
By Mark Farrelly
Quiz: Name The Capital Cities Of These 12 Countries
1