30 Years On, The 1990 FAI Cup Final Remains One Of Irish Football's Great Stories

For Irish football, 1990 is seen as annus mirabilis.

For one glorious summer, our boys clad in green sat at the top table of world football for the very first time. Perhaps, even more impressively, they got an audience with the Pope as well.

However, in mid-May of that same year, another amazing footballing tale was concluding.

The FAI Cup final of that year contained two unfashionable and unheralded outfits, Bray Wanderers of the First Division and St Francis of the Leinster Senior League. The final itself isn't much to write home about. Bray ran out comfortable 3-0 victors with John Ryan scoring just the second hat-trick the FAI Cup final had ever seen. Nevertheless, the story around the final is what's fascinating.

St Francis, of course, were the underdog story akin to Average Joe's of Dodgeball. The men from the Liberties embarked on a ten-game run which saw them dump out Cobh Ramblers, in Roy Keane's last game for the club before his move to Nottingham Forest. The hooped outfit were pitted with a goliath task against Bohemians in the semi-final. John Murphy scored early in the game and, despite riding their luck, eventually ran out 1-0 winners. 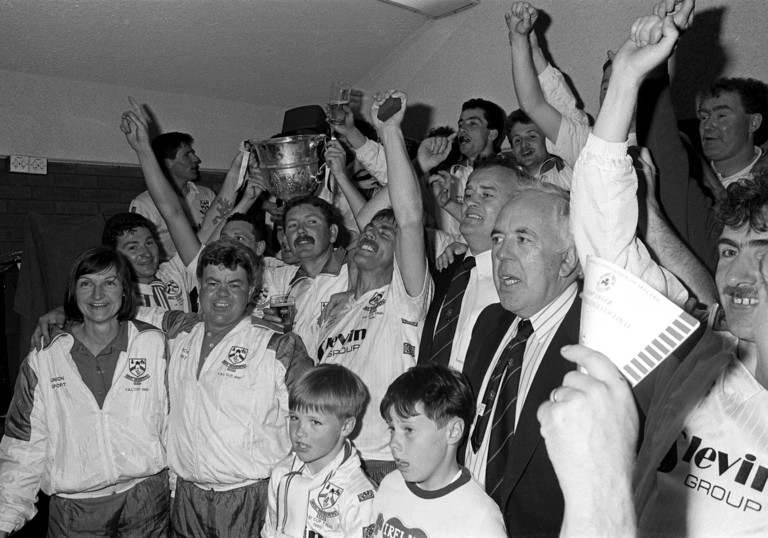 That St Francis team was managed by Pete Mahon, a League of Ireland stalwart who, amongst others, went onto manage Bohs, Pat's and UCD. Mahon was joined in his backroom staff by Stephen Reynolds, a one-club man who was St Francis through and through. Reynolds passed away on the eve of the 30th anniversary, with the club adamant to honour him despite ongoing restrictions.

That Francis team at large have an annual reunion to recount and rewatch the final in the Dean Swift pub on Francis St. Reynolds and former player Terrence Hilliard, who passed in 2011, won't be far from their thoughts once they're allowed to reminisce together once again.

The club's preparation for the final wasn't as smooth as you'd imagine. RTE cameras followed their every move for a documentary, with the players collectively agreeing to attend the wedding of Trevor Coleman, one of the side's key men. Of course, they were told to not drink. Thankfully, junior football was suspended to allow the team to focus on one of the biggest occasions in Irish intermediate football history.

Of course, even preparation on the day of the final was slapstick. The FAI, due to the nature of the teams competing, reckoned that attendance at Lansdowne Road wouldn't exceed 6,000. Crowds of the previous numbers of finals had fluctuated greatly, with Shamrock Rovers win in 1987 played in front of just 8,000 fans. However, on the day of the game, the FAI were forced to open up the terraces at Lansdowne.

Furthermore, the St Francis team bus was stuck in the Liberties due to the volumes of people that descended onto the streets of Dublin 8. Over in Wicklow, the DART was delayed due to the number of Wanderers fans taking the train to the game. All in all, a disputed figure of 29,000 people attended the final that day. Only three times since has the attendance been eclipsed.

One of those in attendance was Stanley Matthews, a guest of the FAI's who was in Dublin for Liam Brady's testimonial against Finland a few days after. He was perched in the stands beside Jack Charlton, a man who one month later would set off on an odyssey which Ireland may never see the likes of again.

Bray's captain that day, Dermot Judge, met Matthews whilst he was in RTE before being interviewed on The Late Late Show. Judge for years was solely known as the man who lifted the cup for Wanderers. However, Irish football fans are probably more familiar with his son, Alan, whom has nine caps for the national team. 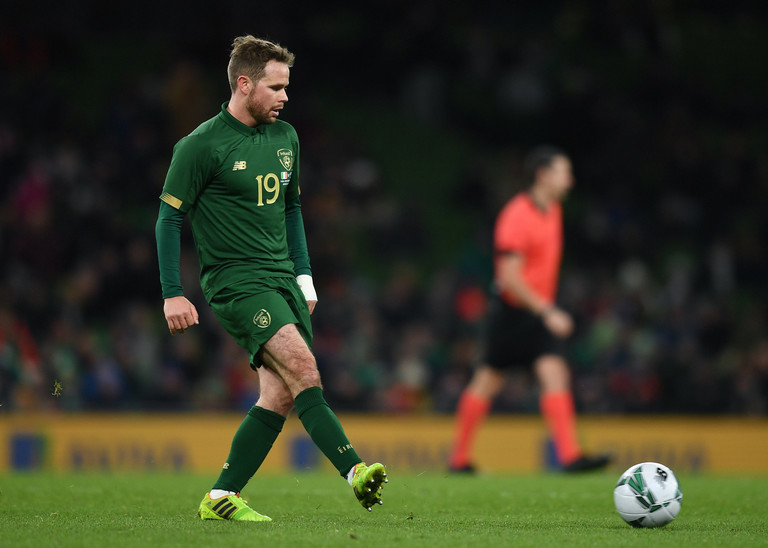 Again, the match was a drab affair, with Pat Devlin's Bray side dealing with the occasion better than their intermediate counterparts. Thus, Bray became the first First Division side to win the FAI Cup. That evening, the Seagulls departed Lansdowne on an open-top bus with the celebrations lasting weeks. Even Francis, despite their loss, partied into the next week.

Even so, the suspended intermediate season had returned. The Tuesday after the game, the cup final heroes were tasked with playing Railway Union in the league. They succumbed to defeat, though it was probably the least worrying aspect of the post-cup final hangover.

By December of 1990, Pat Devlin had left Bray Wanderers to become technical director at Shamrock Rovers, beginning a whirlwind on-off romance between Devlin and Wanderers that persists to this day. Devlin first returned to the Carlisle Grounds in 1995, winning the First Division and then, in 1999, the FAI Cup once again.

For St Francis, they continued to dominate the Leinster Senior League for years thereafter. Eventually, after they expulsion of St James's Gate in 1996, the club joined the ranks of the League of Ireland. Their foray didn't last long, with the club only staying in senior football for five years.

The club couldn't manage to wrangle support from their home base in Baldonnel nor their spiritual home in the Liberties, both strong hubs of support for St Patrick's Athletic. After their departure from the league, merger talks were held between both clubs, in an attempt to create a club named the Dublin Saints. The merger talks received a huge backlash from St Patrick's Athletic supporters, and the two clubs remained separate.

In 2001, St Francis returned to the Leinster Senior League, where they have remained ever since.