Xabi Alonso has always been an exemplary footballer. His ability to pick out a teammate from 50 yards is unsurpassed in world football, but despite that, there is an argument which could be made that he has been under-utilised at both Liverpool and Real Madrid.

Over the course of La Liga last year he made an average of 65.7 passes per game, a decent number but certainly less than might be expected of him. Under Jose Mourinho, Real became the template for a successful counter-attacking team and Alonso's defensive game improved no end.

However, Real have since (criminally) allowed him to move to Bayern Munich and into the grateful arms of Pep Guardiola. The combination of Alonso and Guardiola is the stuff of dreams for anyone who likes to see the ball moved about at lightening speed.

Over the weekend Bayern took on FC Köln and defeated them 2-0. Attacking players like Gotze, Muller and Lewandowski were all on show but everything came through Alonso. Just look at these stats from the weekend which show how important he has become for Bayern after just 5 Bundesliga games. 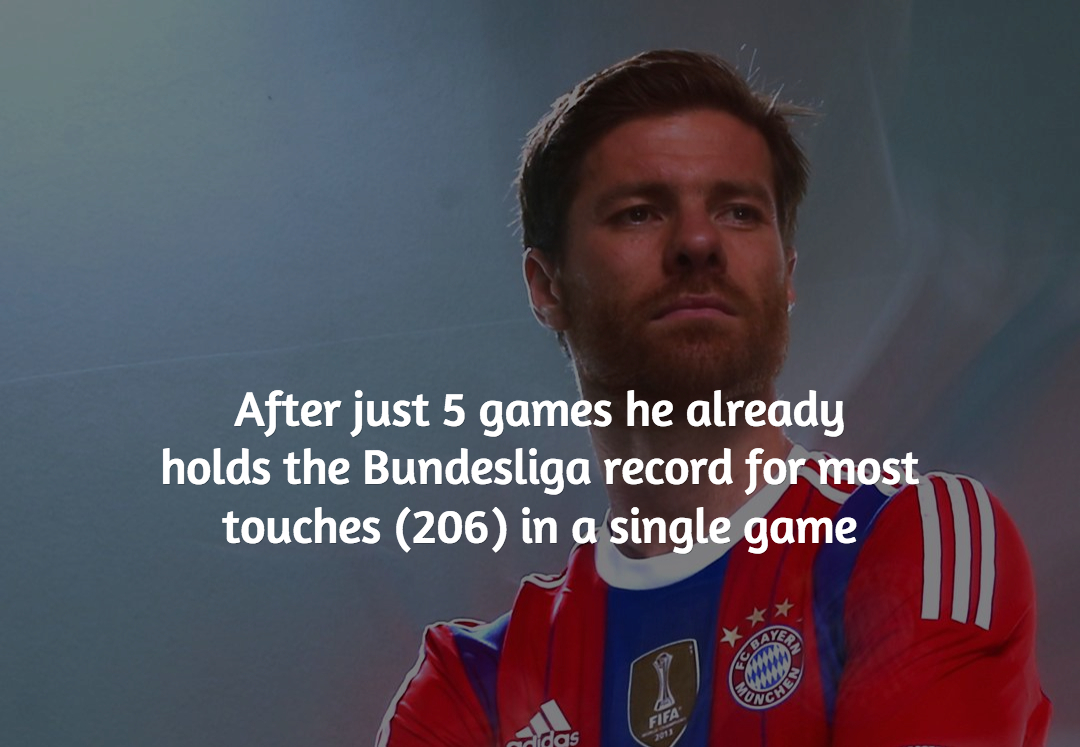 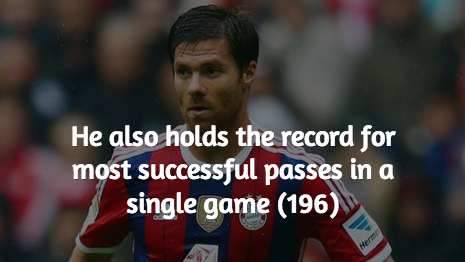 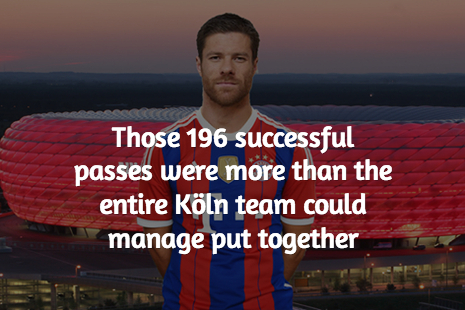 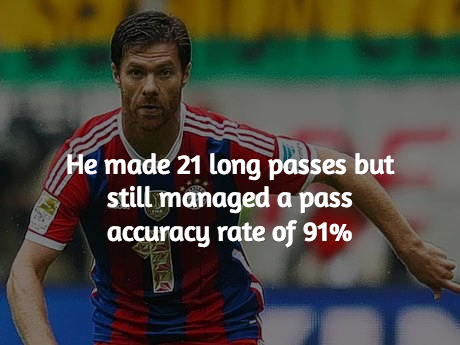 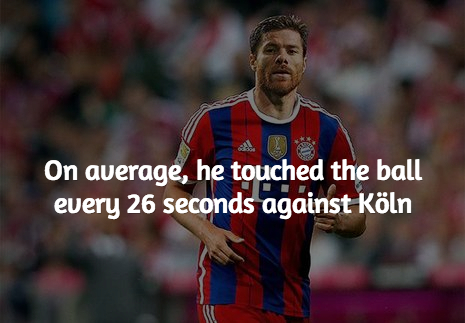