5 Of The Greatest Myths In Irish Sport Debunked

We hope to debunk these famous sporting myths - it's a hopeless task.

That Munster rugby has always had a big following 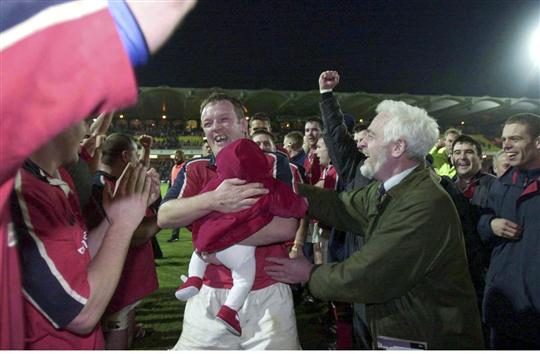 Watching the fervour of their supporters these days, it's easy to think that the red hordes have travelled to Munster games in their droves since the early days of the oval game.

The truth is that Munster's success in the modern era pre-dates the bulk of their following jumping on board - not the other way around.

In those quaint pre-professionalism days, Munster games against Leinster and Ulster in the old inter-provincial championship attracted miserable crowds. Munster had a particularly poor head-to-head record with Ulster. A few hundred battered veterans would troop out to Dooradoyle or Thomond each December but no more than that.

Back in the early 90s, it was all about the AIL.

Indeed, as Prof. Liam O'Callaghan has noted, Limerick in particular was hostile to the idea of Munster rugby in those days. There was a belief that the selectors of the provincial side routinely favoured posh Cork boys ahead of their own local heroes (though Limerick does seem to have a slight persecution complex in these matters, the same allegation was made about the national team for years).

Keith Wood's coolness towards the Munster concept betrays his age in that respect. Wood remains first and foremost a Garryowen man, and it was a decision by the Harlequins executives that precipitated his return to Munster for the 1999-00 season.

Even after the European Cup was established, Thomond Park was rarely full for European encounters. For the first ever European Cup game at home to Swansea in November 1995, the ground was only half full, and the crowd were full of chatter about the previous weekend's AIL matches.

Before Munster's European Cup run in 2000, the crowd at away games were essentially comprised of the family and friends of the players. O'Callaghan recalls dropping into the Munster branch on Penrose Quay to buy tickets for the semi-final in 2000 and being in and out in a matter of seconds. The following year, the queue was all the way down to the train station.

Here's an article on Munster's first ever game in the Heineken Cup back in 1995.

A strange case which does much to highlight the Irish nation's self-effacing, self flagellating tendencies.

These are the same tendencies which are responsible for the overuse of the phrase 'only in Ireland' and which inspire Irish people to proclaim the country 'the laughing stock of Europe' at the slightest provocation.

The story goes that Ray Houghton scored early for Ireland and then we faced into an 82-minute long backs to the wall job, after which Ireland somehow emerged with their 1-0 win intact.

Quite why we want to demean the achievement in this way is curious. The truth is that until the last twenty minutes, the game was relatively even and the closest anyone had come to scoring was Ronnie Whelan, when he smashed the crossbar from just outside the box.

It was only when the elegant and not yet openly mad Glenn Hoddle came on late in the game and started picking holes in the Irish defence that things got properly hairy. He laid on a few chances for Gary Lineker who, surprisingly, proceeded to blow all of them.

That Socrates played for UCD 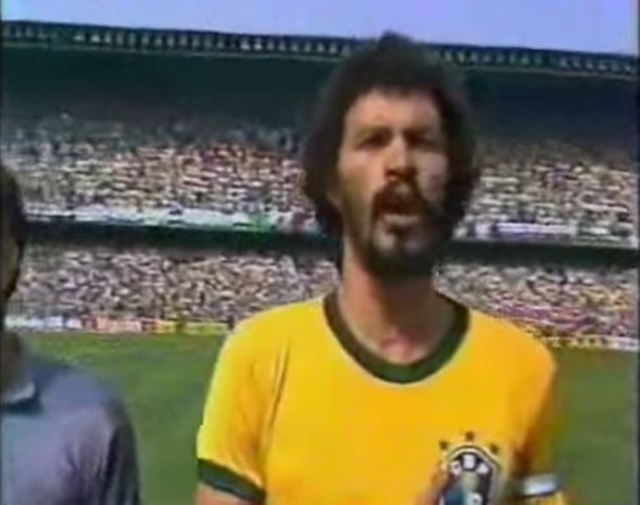 Esteemed, nay august, publications such as the Irish Times and the Guardian have run with this titbit in the past. It's an irresistible one all right. The idea that Socrates, the raffishly cool darling of Brazilian football in the 1980s, the Pirlo of his day, played ball for the UCD reserves in the 1970s.

The central conceit sounds superficially plausible - Socrates, well known to be a medical doctor, is alleged to have studied medicine in Dublin in the mid-70s. In those circumstances, it would be remarkable if he didn't at least join in with a few kickarounds.

As is the case with myths, key details mutate over time. The thing with myths is that they just can't get their stories straight.

For instance, the Irish Times' venerable old football correspondent, Peter Byrne, wrote matter-of-factly in 1986 that Socrates togged for Shelbourne (then mired in the doldrums) while studying in the College of Technology in Kevin Street.

The FAI Press officer, Brendan McKenna confirmed that he did indeed play for UCD, giving the date 'sometime in the 70s'. Later alterations suggested he in fact attended Dublin's Royal College of Surgeons where he trained with their Collingwood Cup team (the Irish third level competition).

The myth stretched itself to breaking point when it became common knowledge that Socrates won a Sigerson Cup with UCD. Even the most credulous kids found their sceptical sides when confronted with this tale.

The myth has travelled well beyond these shores. There aren't enough pedantic fact-checkers in the world to cater for all the people who dearly want to believe this story.

Even Socrates' admission that he had never been to Dublin has failed to kill the myth stone dead.

That Jason McAteer story about Roy Keane from USA '94

Jason McAteer's quick-thinking realisation that Roy Keane didn't want to be hearing about Scandinavian boobs moments before Ireland played Norway in the 1994 World Cup is one of the most riotous anecdotes in our sporting history.

It is easily the most memorable aspect of that game.

The veracity of the story is fatally undermined by the photographic footage of the game itself. John Aldridge, who Jason McAteer claims alerted him to presence of the large-breasted Viking hat wearing lady and told him to direct Roy's attention to her, is standing at the end of the line. Furthermore, the person standing two places down from Aldridge is Paul McGrath.

The photographic record of the event is quite hazy, but we have deduced that Roy is the only person standing beside Aldridge. Jason McAteer is not beside them.

The legend of the Norwegian girl with the massive boobs is not as Jason McAteer tells it.

To all intents and purposes, it seems that to the people of Dublin, Kevin Heffernan invented Gaelic football in 1974. It was the first time Dublin had ever competed properly with a team of actual Dubs representing them and not a bunch of country fellas who just happened to live in the place.

But this is not true. 19 years before, Hill 16 was covered in blue as Dublin faced Kerry in the 1955 All-Ireland final - with a team comprised wholly of lads born in Dublin.

And it goes back further. In his brilliant book on Bloody Sunday 1920, Michael Foley writes of how Dublin were exactly as they are now, with the same glamour attached, the same unpopularity outside the Pale and the same controversy about getting to play all their games at Croke Park.

The Dubs did experience a renaissance in 1974 but it is by no means the first time that Gaelic football had flowered in the capital. Perhaps, it's truer to say that it was first time Dublin football had rallied in the television era. 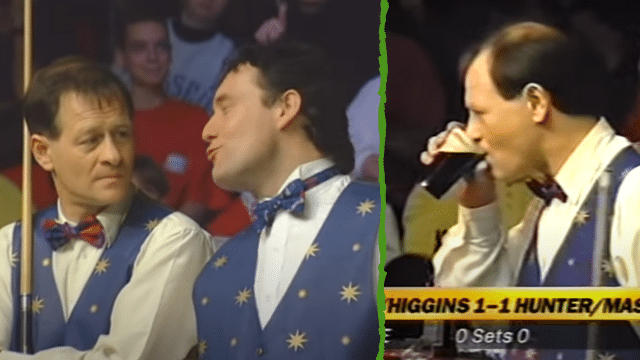