Although the scoreline may not have been as wide as people anticipated, the Ireland U21s still hold a 100 percent record in their European qualifying campaign. Several of the men that may hold the key to Ireland's future started at Tallaght Stadium, lending some insight into what the senior team can expect.

Although 90 minutes against Armenia can only hold so much, when you haven't had much to look forward to in years, you'll take it in spades.

Here are five things we learned from the Ireland U21s 1-0 win against Armenia:

Not since the days of Damien Duff have Ireland had a player like Aaron Connolly. The Galway man's ability to make people rise from their seats in anticipation is palpable. Not only that, but the attacker isn't a passenger. He put in a dogged shift against an Armenian team that were at times triple-teaming him in order to nullify his threat.

The Brighton man was unlucky not to get on the scoresheet, but with the raw pace and technical ability that he possesses, there are a whole lot of goals in his future.

Also, despite playing for the guts of 80 minutes, Connolly's beautiful head of hair still maintained its lustre. What product does that man use? 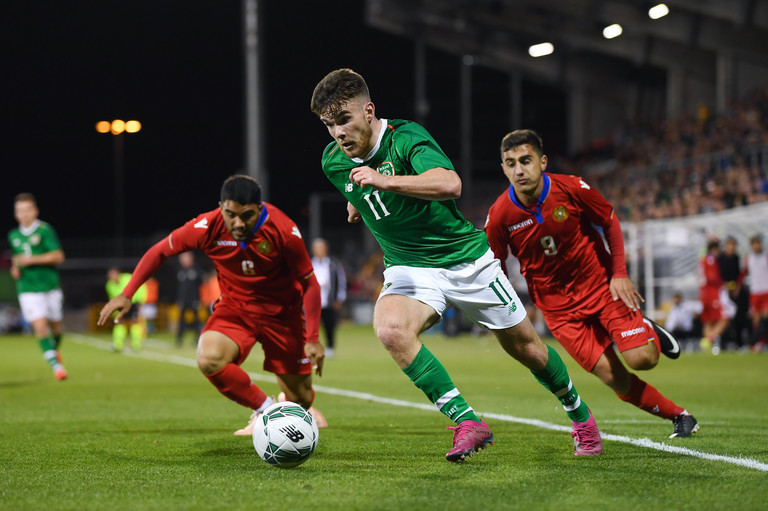 2 - Troy Parrott has us believing the hype

Although he was slow to come into the game, Parrott found himself in the right place, at the right time constantly. A goal on his Ireland U21s debut was good but the Spurs striker could have had a hat-trick. Furthermore, his ability to play in any attacking position is testament to his quality.

Is he the new Robbie Keane? It's too soon to say, but the at number 10 looks awfully good below the word 'Parrott'.

Troy Parrott nets on his debut from close range, following Aaron Connolly's brilliant run and cross down the left flank.

3 - Stephen Kenny is a breath of fresh air

There was  a time in the second half when Conor Masterson, Jayson Molumby and Conor Coventry kept the ball between them for what seemed like an eternity. The trio were creating triangle after triangle, leaving the Armenian player stranded between them. This is merely a microcosm of what Stephen Kenny's sides aim to do. Intricate football was ubiquitous throughout the game, regardless of position.

It's truly amazing what can happen when professional footballers can be convinced that the ball is their friend. Once this self-belief is translated to the senior team, the whole world is in trouble. 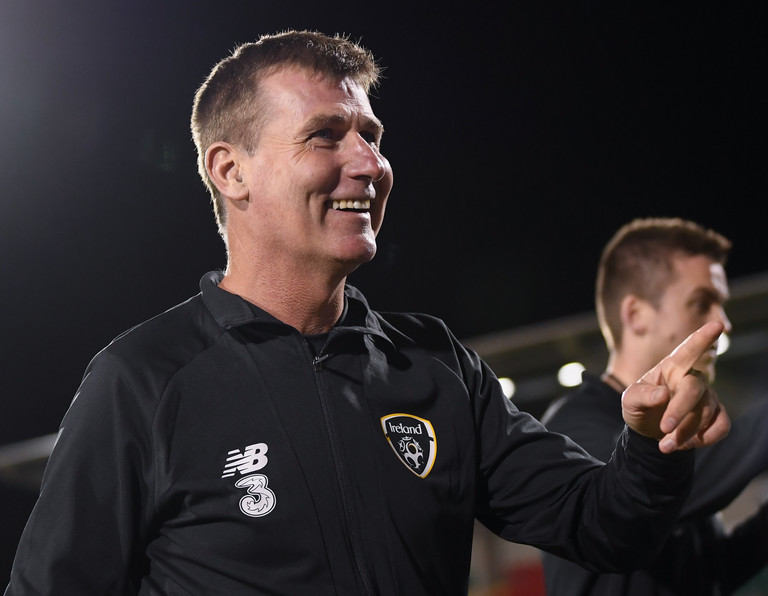 If there was a buzzword for what Molumby and Coventry give to Stephen Kenny's midfield, it's just that. Although Coventry is a lovely footballer, capable of getting stuck-in and is constantly available for the ball, Molumby is on a different level. Molumby has a bite in the tackle which is replicated by many other midfielders and his range of passing is a joy to behold. However, its his sheer energy which is the most striking aspect of the Brighton man's game, consistently going beyond the ball in order to get Ireland up the pitch.

Molumby took the bull by the horns against Armenia, subsequently dominating the game. 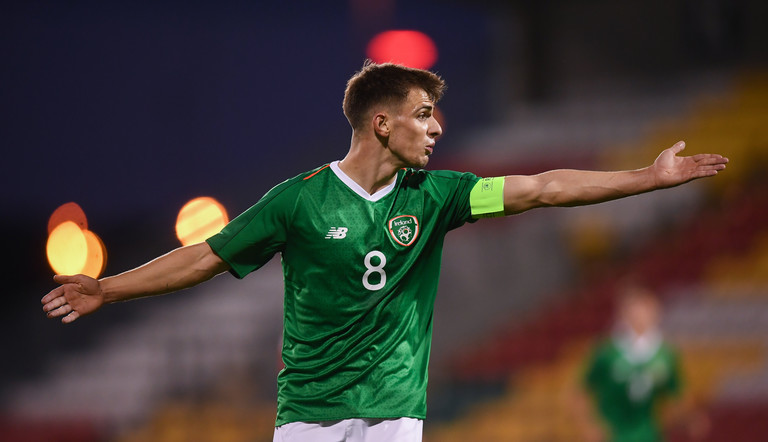 5 - Lee O'Connor's versatility is a joy to behold

Although he didn't have much to do in the defensive phase of the game, O'Connor proved just why Celtic wanted the former Manchester United man. He didn't put a foot wrong when pressured. This was especially evidenced when he started the move which should have seen Adam Idah score.

O'Connor got up and down the line for the majority of the match, linking well with Gavin Kilkenny. This energy, coupled with his ability to pick a pass, proves that Lee O'Connor can be far more than just a right-back. O'Connor plugged several gaps in Tom Mohan's U19 side this summer, spending most of his time in the centre of the park. Though there are plenty of options in several positions in this Ireland U21s squad, if needs be, O'Connor could fill-in.