5 Things We Learnt From The Weekend's Sports Action 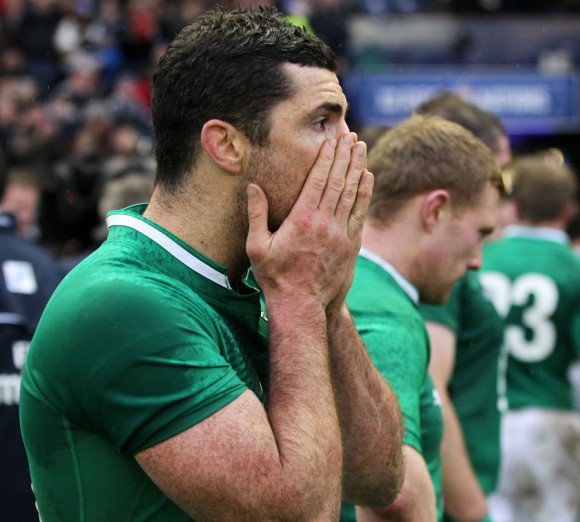 In what was a wretched game of rugby as a spectacle, a poor Scotland side outscored a poorer Ireland at Murrayfield on Sunday afternoon. The second consecutive defeat for Ireland leaves their hopes of claiming the Six Nations Championship in tatters.

Once again Ireland failed to show any variation in their game plan, with the lack of lack of a Plan B blatantly clear for all to see. Earlier in the week, Declan Kidney was credited for handing Luke Marshall and Paddy Jackson their debuts but the latter's lack of big game experience really told. A handling error in what was his first touch as a full international, set the tone of Jackson's afternoon, who had a horror show with the boot. Three missed kicks at goal and a missed kick to touch bore evidence that the player was plunged into a game in which he was simply not ready for. Credit to Jackson's defence and his distribution but you couldn't help but imagine Ian Madigan sitting at home with a wry smile. Kidney has played his cards. Now he must stick with the young Ulsterman.

In a game in which Ireland had 71% possession and 77% territory, the mind still boggles as to how they managed to lose this game. It cannot be stressed enough at how ordinary this Scottish team are. When Ireland lost to England a couple of weeks ago, they were excused by the fact that they were beaten by an underrated, budding English side. Besides a couple of very good individuals, Scotland are hardly world beaters.

Jamie Heaslip's captaincy again must come under the spot light as for the second game in a row, there appeared to be a major lack of leadership from the man who was chosen to lead his country ahead of their greatest ever player. Without banging on too much about that, it simply boils down to the fact that Kidney did not have to remove Brian O'Driscoll as captain. Ireland's talisman doesn't seem to be playing in this campaign with his useful smile on his face.

In a game of very few positives, there were a couple of notable performances. Luke Marshall performed admirably on his debut. For a player who has played just 41 minutes of Heineken Cup rugby and has not started a game in that competition, Marshall really staked his claim for his pace in this Irish side. His two clean line breaks in the first half gave Irish fans genuine hope that he is the future 12. Sean O'Brien was once again immense and looks increasingly like a guaranteed Lions starter.

Ireland go into the game against France in two weeks with the positivity from the opening weekend win over Wales nothing but a distant memory. With Ireland now simply playing for pride, Kidney must continue to blood new, fresh faces. After all, what have we got to lose now?

2. Man United Take Another Step Towards the Premier League Title

The trip to Loftus Road has been marked as a potential banana skin for the Champions-Elect as QPR's recent improved form suggested that they could put a real challenge up to Man United. Harry Redknapp's side had already beaten Chelsea and held Man City scoreless before United rolled into town on Saturday. However a comfortable two-nil victory saw United stretch their lead to 15 points, albeit for a few hours at least.

Rafael's stunning opening goal may have come at a cost as Robin van Persie injured himself in the build up after he clashed with a camera behind the goal. United's key man was subbed off soon after but Ferguson is hopeful that the Dutchman will be fit in time for their crunch clash with Real Madrid on Tuesday week.

Man City matched their rivals' result on Sunday afternoon after they overcame Chelsea by the same scoreline. Joe Hart saved a crucial penalty before goals from Yaya Toure and Carlos Tevez saw City cut United's lead to 12 points. With just 11 games remaining, the title is firmly in United's grasp. But as we saw last season, there is plenty of time for that to change. United take on City on the 8th of April at Old Trafford in a game which could well decide the title race.

3. Munster hanging by a thread

Back-to-back defeats for Munster leaves their hopes of making it into this season's Rabo Direct Pro 12 playoffs hanging by a thread. Munster were heavily defeated by 34-10 in by Treviso in Italy yesterday having been outscored 5 tries to 1.

The Italians who were missing plenty of their starting XV enjoyed a comfortable win over the two time European Champions. Such was their shortage of players, Treviso were forced to play their winger, Christian Loamanu in the back-row. Munster who were admittedly missing plenty of their best players, still had more than enough quality in their side to over come a mid-table Italian team. The fact that Loamanu went on the win the man of the match award didn't reflect at all well on Munster's back row, two of whom had been involved with the Irish squad earlier in the week.

Munster remain in 6th position of the league but are now crucially six points outside of the play off places. After Leinster comfortably dispatched a Scarlets team who beat Munster last weekend, Rob Penney's side were handed the ideal opportunity draw level with the Welsh side but failed miserably to take their chance.

With 6 games remaining to salvage something from their league campaign, Munster's backs are now firmly to the wall. They welcome the reigning champions Ospreys to Thomond Park on Saturday in what is now a huge game for Munster.

Galway exacted some revenge for their All Ireland final defeat last year after over coming Kilkenny at Pearse Stadium on Sunday afternoon.

Led by the imperious Joe Canning, Galway scored three unanswered first half goals through Davy Glennon, Niall Healy and Damien Hayes. Each of the tribesmen's goals resulted from a direct ball from Canning. The Portumna star also chipped in with 6 points of his own, all of which came from the dead ball.

Galway's three point victory means that Kilkenny have now lost an opening league game for the first time in 14 years. The last team to defeat them on the opening day was Cork way back in 1999 which is both testament to the legacy that Brian Cody has built at Kilkenny but also to the Galway side who performed brilliantly yesterday.

In what is usually a game that the Cats lay down their marker for the coming year, it is instead Galway who have made a big statement. They will take great confidence from their win as they bid to go one better than last year's All Ireland final defeat. 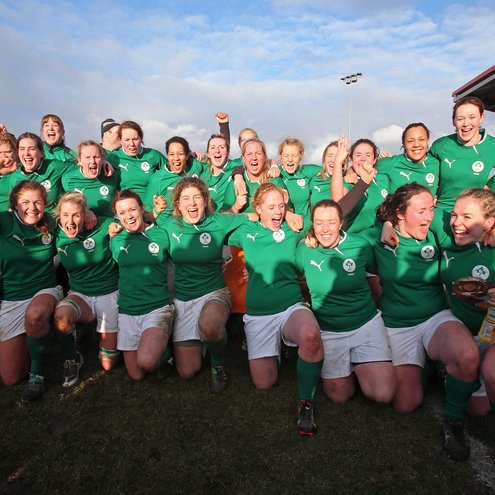 5. At least something for Irish rugby fans to be proud of

In what was a bitterly disappointing weekend for the men's international rugby team in Scotland, their female counterparts gave the nation something to be very proud about. The Irish women claimed their first ever Triple Crown after comprehensively beating their Scottish counterparts on Saturday afternoon.

Ireland enjoyed a 30-3 victory over Scotland to claim their first ever triple crown. Alison Miller scored two tries in the victory while full back Niamh Briggs also chipped in with an impressive 15 point haul.

It was a great shame that there wasn't some sort of trophy to mark their brilliant achievement. It is something that must be looked at in the coming years.

Ireland now remain firmly on course for an unprecedented Grand Slam. Saturday's result also guarantees their place at the 2014 World Cup which is fantastic news for the team. Hopefully the women's success will now give the sport the exposure it so fully deserves here in Ireland.

Rugby on Balls.ie brought to you by the O2 Online Shop