6 Players We Expect To Make Their Ireland Debut In 2022

Stephen Kenny is building for the future.

The Republic of Ireland manager has not been afraid to grant opportunities to young players during his time in charge of the team. The likes of Gavin Bazunu, Andrew Omobamidele, and Adam Idah have all been handed debuts and established themselves as key members of the squad under his tutelage.

It is likely that a number of other players will be handed a similar opportunity in the months ahead.

Here are six players we expect to make their Ireland debuts in 2022.

We're going to start with a big call here.

Evan Ferguson may only have turned 17-years old a few months ago, but there is every chance that he will pull on the green jersey at some point in 2022.

The striker looks on the verge of a first team breakthrough at Brighton, recently impressing in their FA Cup win over West Brom. Unlike most of his peers at that age, his frame means he should have little problems adjusting to first team football.

Evan Ferguson has just won Brighton's Goal of the Month. Love to see it 🇮🇪pic.twitter.com/jOl8cWDI6j

There is also some recent precedent for an Ireland debut at that age, with Troy Parrott featuring under Mick McCarthy at 17.

Considering how important of a player he could be for Ireland in the years ahead, it would not be a shock to see Stephen Kenny give him some playing time over the coming months.

Gavin Kilkenny is probably the most nailed on Ireland debutant of 2022.

The Dubliner has been massively impressive for Bournemouth this season, shining in a central midfield role as Scott Parker's side have moved to the summit of the Championship table.

His ability on the ball is something that has often been lacking in Irish midfields. Kilkenny can dictate the pace of play, keeping possession moving with some incisive passes. Stephen Kenny will certainly value those qualities.

It would be a big surprise if the 21-year old wasn't included in the squad for the March friendlies.

Taylor has been part of the senior squad on a couple of occasions, although he has yet to make his debut for the team.

The central midfielder has been in very impressive form over the last couple of seasons, providing a commanding presence in that area of the pitch. He also has the ability to produce some spectacular moments on occasion.

What a goal this was from Ireland U21 International Jack Taylor for Peterborough last night 😬pic.twitter.com/AB5CFzFMTN

Taylor had his injury issues earlier in the campaign, but has started all but one of their Championship fixtures since mid-September.

Considering Ireland's troubles in the middle third over the last couple of seasons, it would not be a surprise to see him be given an opportunity at some point this year.

Few Irish players have been more prolific than Anthony Scully this season. The Lincoln City forward has scored 12 goals and registered three assists in the current campaign, despite the fact that he has missed a good bit of action over the last couple of months due to injury.

His eye for goal is certainly something that could be of use to Stephen Kenny.

Operating largely off the left, Scully likes to cut in on his right foot and run at opposition defences. That is a trait that not many others in the Ireland squad excel at and should stand in him in good stead when it comes to a possible selection in a team that is crying out for goals.

Liam Scales was called up to the Ireland squad for the first time in October, although he did not feature in the games against Azerbaijan or Qatar.

The defender has slowly been moving up the Celtic pecking order since his move from Shamrock Rovers to the Scottish Premiership, starting each of the club's last three league games. He has even managed to find the back of the net in recent times.

Cool as you like from Liam Scales. Debut SPL goal 😍pic.twitter.com/rsQVyPzFOF

Capable of playing as a left wingback or as part of a back three, he seems like an ideal fit in Ireland's system. The only thing that could stop him from making the breakthrough in the months ahead could be the huge amount of competition for places at the back.

Stephen Kenny is a big fan of Zak Elbouzedi. Not only was he an integral part of his Ireland U21 team, but he also handed the winger the captain's armband on a number of occasions during that qualifying campaign.

Elbouzedi's spell at Lincoln City didn't really work out for him, but he has really impressed since making the somewhat unorthodox move to Swedish side AIK.

With the Swedish domestic season getting underway in a few weeks, he will be hoping that a continuation of that form will be enough to see him get a place in the senior squad.

Considering his relationship with the manager, it would certainly seem as though he is among those next in line for a call-up. 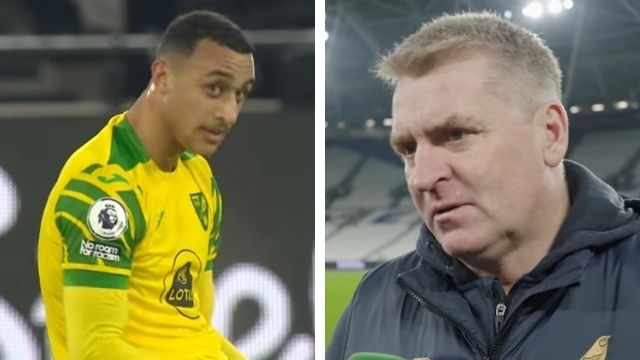