Ahead of the winter break, here's our Fantasy Premier League tips for gameweek 26.

We're in a bit of an odd spot this week in Fantasy Premier League. With the staggered winter break in effect, the ten games in gameweek 26 will be split over the next two weekends. That means less football, but also less time worrying about what players you're going to get in.

Enda Stevens has been an ever-present for Sheffield United in the Premier League this season, playing all 90 minutes in every one of their 25 fixtures thus far. That is some record, with the Irishman a key component in the the second best defence in the league.

A home fixture against Bournemouth should be a good opportunity for another clean sheet and Stevens is always likely to pop up with some sort of contribution at the other end.

Mane is not certain to play in this one, but it looks likely he will feature. He will also be well rested having missed Liverpool's last couple of league fixtures and will be keen to get back on the goal trail after a few of barren outings.

Norwich's defence is unlikely to keep Liverpool at bay and you would imagine Mane come up with a goal or an assist.

Brighton have struggled recently after a fairly strong start to the season now lingering just two points above the relegation zone. If they are to avoid the drop, Pascal Gross will likely play a big part.

He has struggled for form at times this season, but his goal against West Ham could be a turning point. They host Watford this weekend and will be aiming for three points. 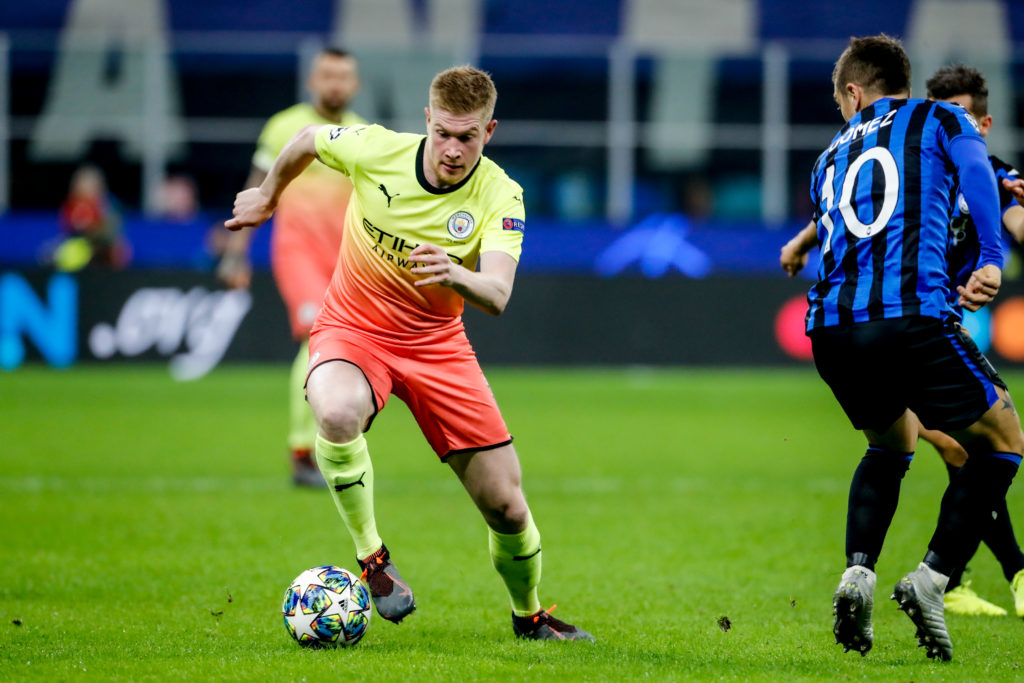 If Liverpool weren't running away with the league, De Bruyne would be the heavy favourite for the PFA Player of the Year award. The fact he is still in contention for the gong despite City's relatively patchy form speaks volumes.

His club will face a reeling West Ham on Sunday and you would expect them to rack up the goals. De Bruyne is a must.

Carlo Ancelotti is doing a great job at Everton. Yerry Mina's upturn in form has been key, even if Everton are still conceding goals.

The Colombian netted an unlikely brace last week, and with Palace coming to Goodison on Saturday, a clean sheet could be on the cards.

Hugo Lloris raked in the points in the win against Manchester City, saving a penalty and securing the clean sheet. Having missed a number of months due to injury, he is already back in form after two games back in the team.

Spurs travel to Aston Villa this gameweek, where they will face a side who don't score all that many goals. A clean sheet looks likely even accounting for Spurs' questionable record at the back.

Manchester United travel to Chelsea in the final match of gameweek 26, with Tammy Abraham primed for a big game. The visitors have a decent recent record against the London club, but Frank Lampard will fancy his side's chances in this one.

Tammy Abraham has overcome his fitness concerns and will be hoping to get back amongst the goals after a couple of poor outings. At £7.7million he is certainly a gamble worth taking.

Football
4 days ago
By PJ Browne
Quiz: Name The Top 3 Premier League Scorers From These 12 Nations
Premier League
6 days ago
By Balls Team
Teenager Anthony Elanga Eyeing Manchester United First Team
Football
3 weeks ago
By Gary Connaughton
What If: Cristiano Ronaldo Signed For Arsenal Over Manchester United In 2003?
Popular on Balls
Hurling
16 hours ago
By Mark Farrelly
Quiz: Match The County Hurling Star To Their Club
GAA
19 hours ago
By PJ Browne
'It Would Probably Help Us If It Was Out Of Croker'
6