With a couple of teams having a double gameweek, this is a prime opportunity to pick up some big points. To help you along your way, we've got some Fantasy Premier League tips for gameweek 29.

Matt Doherty is on a roll at the moment. He has registered two goals and three assists in his last four appearances in all competitions, with his hot streak coinciding with Wolves' push for the top four.

The next few weeks will be huge for Nuno Espirito Santo's side. With their competitors having some tough games on the slate, Wolves have very four winnable matches against bottom half sides. Doherty is likely to play a major part, and now is the time to get him in.

Manchester City will double up this week after missing a fixture due to the Carabao Cup final, with a trip to Old Trafford followed by a home game against Arsenal. While neither of those are easy fixtures, the opportunity to have City players with two games is too good to pass up.

You'd imagine that they will keep at least one over those two games.

Arsenal also have two fixtures this gameweek, making Nketiah a potential bargain. He is in decent form and seems to have moved above Lacazette in the pecking order.

He may not get much joy from City, but the home game against West Ham should offer the opportunity to add to his tally of one Premier League goal. 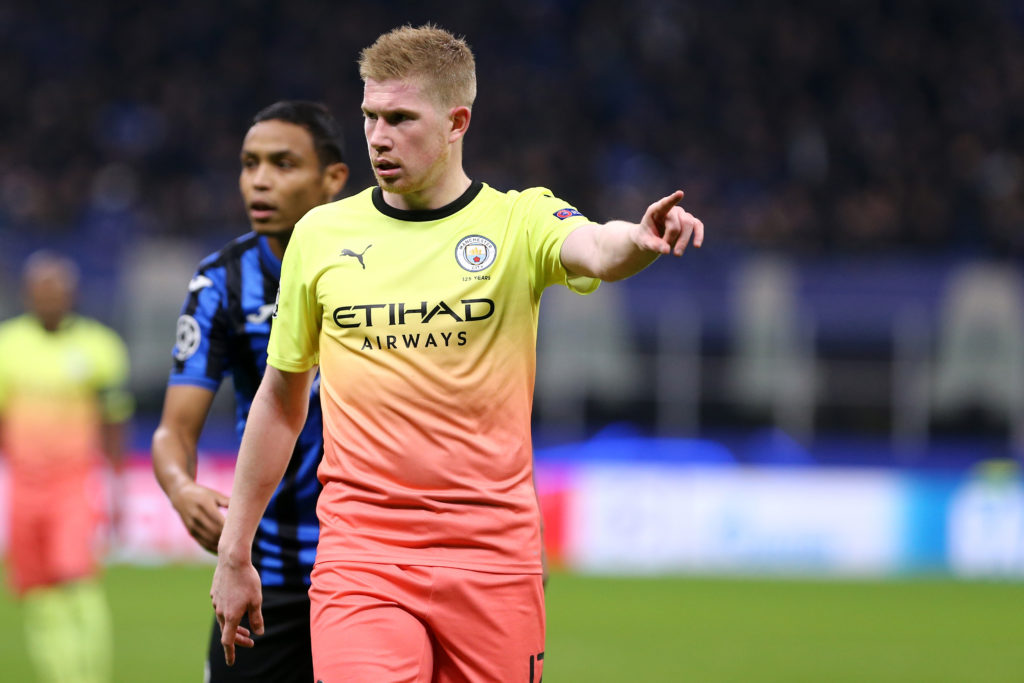 This one doesn't need too much explaining. De Bruyne should be fit for the game against United at the weekend, and you imagine that he will run Arsenal ragged in midweek.

We would be shocked if he doesn't come away from those games with at least a couple of assists.

Sheffield United's defensive record is remarkable this season. Only Liverpool have conceded less goals, with their defenders some of the highest scoring in Fanstasy Premier League. They host Norwich this weekend, another prime opportunity for a clean sheet.

You can take your pick of who to get in, with George Baldock and Enda Stevens both the same price at £5.1million. We've gone with Bladock, but only because we've had Stevens in our tips around seven times this season.

Jamie Vardy hasn't scored since December 22nd. That is nuts. He ended gameweek 18 on 17 goals, and remains on that tally at the moment.

Admittedly he has missed a few games during that period, but if Leicester are to hang onto loosening grip on third place they will need him to come back into form right away. The game against Aston Villa is a good chance to get back on track.

You'd imagine Liverpool's blip will come to an end against Bournemouth in Saturday's early kick-off. Eddie Howe's side have a poor record against the top sides, apart from Chelsea. They currently sit in 18th place and have one of the worst defences in the league.

Sadio Mane is also in decent form, scoring in two of his last three games. We have a feeling Liverpool's front three could run riot in this one.

SEE ALSO: Denise O'Sullivan Is Undoubtedly The Brightest Irish Midfielder In The Game