Things are getting serious here at Balls HQ, with many an argument started over our fantasy league. Despite all the feuding currently going on, we have still managed to produce some Fantasy Premier League tips for gameweek 8.

Look we know, this is hardly the most inspired pick. But this one is all about timing.

Arsenal have an incredibly kind run of fixtures coming up, during which you'd expect Aubameyang to continue his remarkable scoring run. 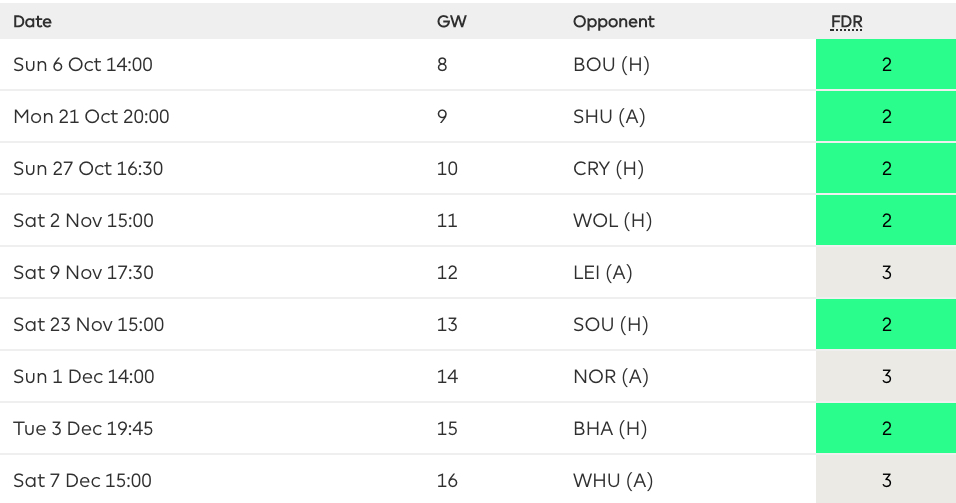 Now is the time to get him if you haven't already done so.

Southampton may be hosting Chelsea this weekend, but Frank Lampard's side are hardly the most solid defensively. They have conceded 13 goals already this season, the third worst mark in the league.

Southampton have been playing well as of late and will fancy their chances. Ings was fortunate to score last week against Spurs, but it may give him the confidence to do so again on Sunday.

With Fabianski sidelined with a serious hip injury, Roberto is set to get an extended run in the West Ham team. That makes him a bargain at that price, especially when you consider that West Ham have been very impressive this season.

It doesn't hurt that their opponents this weekend, Crystal Palace, have only managed six goals this season.

Barnes has been on absolute fire in 2019, and has four goals to his name already this season. Burnley face an Everton team is disarray this weekend, one with a poor defensive record.

We fancy Barnes to bully the opposition defence and add to his personal tally in the process.

Spurs may have been a shambles in midweek, but Brighton are unlikely to provide the sternest of tests on Saturday. Despite Graham Potter employing a more expansive brand of football in comparison to Chris Hughton, Brighton have still only scored four goals in seven games.

We fancy a clean sheet for the visitors.

Watford are a shambles. Sheffield United are a good team.

This one may be in Vicarage Road, but Chris Wilder's side will arguably be favourites. A clean sheet is certainly possible, with Stevens always a threat on the other end as well.

After coming up big in our tips last week, we are plumping for Mahrez once again. Wolves may have an excellent record against the top six, but City can't really afford to drop points here.

With Kevin De Bruyne also likely to miss out, more of the creative burden will fall upon the Algerian.

SEE ALSO: Watch: Inter Give Devastating Example Of How To Use New Goal Kick Rule

Football
6 hours ago
By Balls Team
The Fantasy Premier League Winner Has Been Stripped Of The Title
Football
1 day ago
By Gary Connaughton
Report: Jeff Hendrick Has Finally Decided On His Next Club
Football
1 day ago
By Gary Connaughton
Roundup Of Roy Keane's Best Punditry Moments This Season Is Hilarious
Popular on Balls
Football
4 hours ago
By Balls Team
How Robbie Keane Found Out He's Cousins With Morrissey
The Rewind
5 hours ago
By Paul Moore
The Fresh Prince Of Bel-Air Is Being Rebooted As A Drama By A Writer Of The Wire
7