We don't have the best crop of players to choose from in the Irish international football setup, and we accept that Ireland won't be the best team to use in FIFA 16, but there are a few lads who have had cracking seasons and we hope they get recognised when it comes to the stats in the new game. 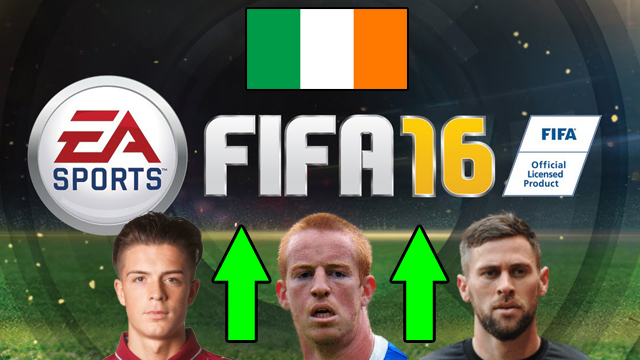 While the likes of Seamus Coleman and James McCarthy are unlikely to see a big improvement on their already impressive overall ratings, the following players should be looking at a significant bump in stats. 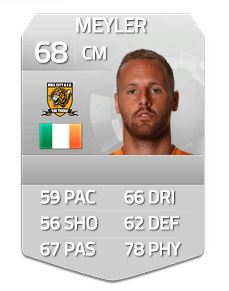 Hull's David Meyler plays most weeks in the Premier League and is certainly more capable than a 68 rated player. Tough in the tackle and a decent passer, we hope he's given the credit he deserves for a solid campaign. 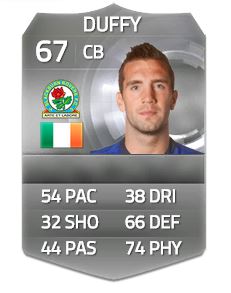 Former Everton man Shane Duffy has emerged as one of the most consistent defenders in the Championship, so we are hoping his stats soon reflect that and bring him in line with some of the other defenders in the division. 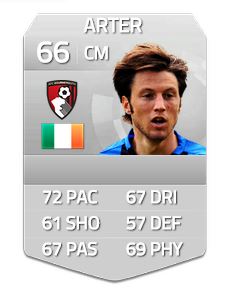 A key component of the seriously impressive Championship champions, Arter will benefit from a promotion to the Premier League and we're hoping his long shots in particular are brought in line with his real life ability. 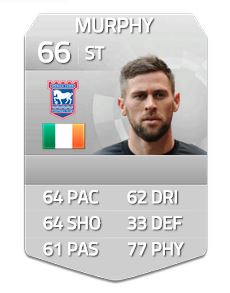 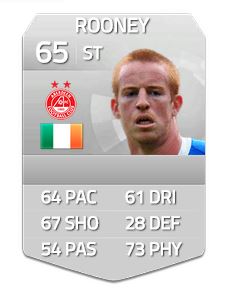 A fantastic season for Aberdeen's Adam Rooney will hopefully see him rated as one of the better players in the SPFL. 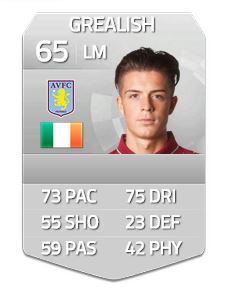 Having impressed for Villa under Tim Sherwood, Jack Grealish can expect his FIFA rating to rise in a similar way to his first-team playing time. 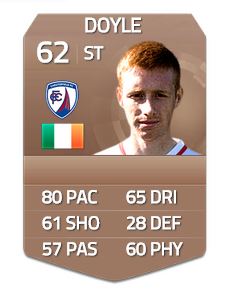 Having made the move to Cadiff City after 21 goals in 26 games for Chesterfield in the first half of the season, Eoin Doyle will hopefully be bumped into the silver range, although his pace is already fairly handy.

See also: 8 Young Attackers Who Are Definitely Due An Upgrade In FIFA 16

See also: 7 Premier League Strikers Who Are Due A Drastic Downgrade In FIFA 16