The FAI Irish Daily Mail Cup final between Dundalk and Cork City kicks off at 3:30 on Sunday in the Aviva Stadium. We think you should watch it, and here's why:

The 2 best teams in Ireland are playing each other 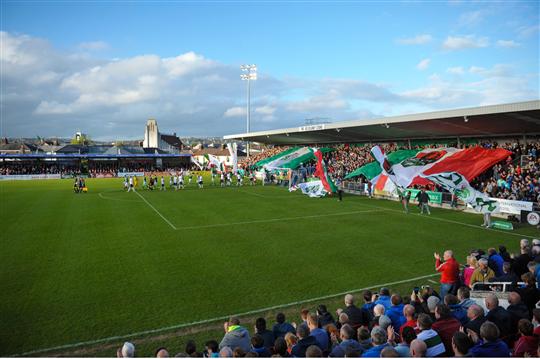 Dundalk have won the league for the past two seasons. Cork City have been runners up both years. Theres little doubt that the final is between the best two teams in the country.  They've scored more goals than anyone else (135 between them) and conceded less than everyone else (48 between them) in the league. In the cup so far Dundalk have scored 15 and conceded only one. Cork City's goal difference is 11-1 and that included tough away games with Wexford Youths, Derry City and Bray Wanderers. They destroyed holder St Pats 4-0 in the third round. 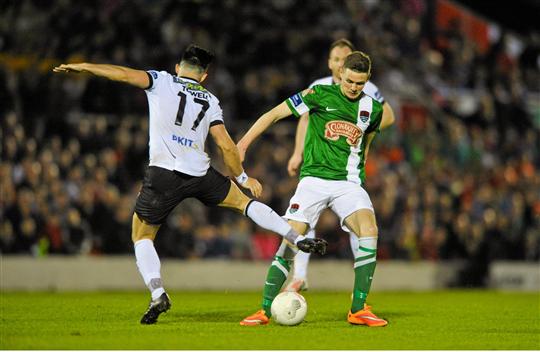 Richie Towell is a phenomenon in Irish football. This is third season in the league and the man from Inchicore has been nominated for Player of the Year each season. He just missed out in previous years but his 25 league goals this season (from midfield!) should see finally pick up the POTY gong. Cork City's best midfielder isn't either of their former internationals. It's 22 year old Garry Buckley and his energy and work rate make him a manager's team. The young man hasn't scored as many goals as last season but his all round play has improved.

Each game on a knife-edge well into injury time (at the earliest). 2015 is likely to be the same 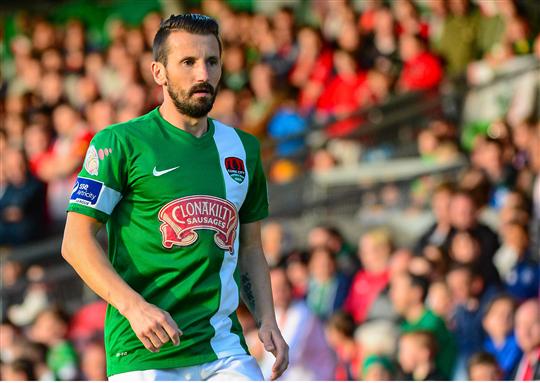 Liam Miller and Colin Healy have followed each other around a bit. They both started with Celtic. They've both had a spell with Sunderland. They've both played a fair bit for the Republic of ireland senior team and they're both finshing up their career playing for their home town club Cork City.  Healy won the FAI Cup with Cork in 2007 but Miller would desperately like to add an Irish honour to those he's won in Scotland, England and Australia. They'll both be 35 by the time the 2016 season comes around so enjoy them while you can. 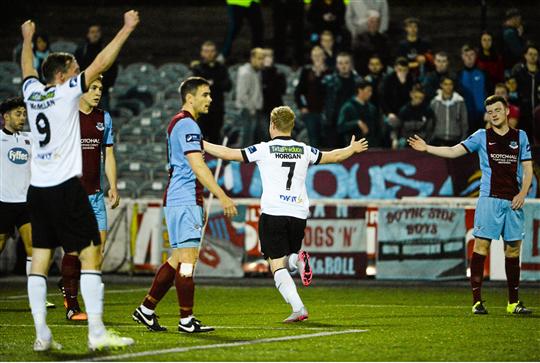 As well as Towell and Buckley mentioned above, both sides are laced with great young talent. Unfortunately Cork are missing the exciting John Kavanagh but full back John Dunleavy is already a leader with Cork at aged 24 and has a great career ahead of him. Daryl Horgan has perhaps the highest ceiling of any player in the league. The winger is still only 23 despite excelling in the league for 4 years now. He has improved every year too. There are many pundits who feel it is only a matter of time that the likes of Horgan and Towell make the move up the footballing ladder.

The 2 best supported clubs in Ireland are playing 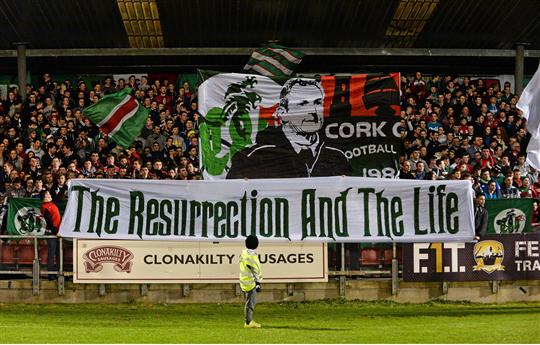 The 2 clubs with the highest attendances in the league this year have been Cork City and Dundalk. It is a first cup final in the AVIVA stadium for both clubs and tickets are selling like hot cakes. A crowd of 30,000+ is expected and there's sure to be an incredible atmosphere with Dundalk looking to cement their status as a great team with a double and Cork looking to pick up a trophy to show for the excellent form over two years.

Check out the new Dundalk anthem. It's well worth 2 minutes of your time

Kick off is 3:30 on Sunday but RTE's coverage starts at noon as they bring the women's final between Shelbourne and Wexford Youths to your living rooms first. If you want to attend the game, general tickets are only €10 with premium level tickets on sale for €30. It should be a cracker.

Football
1 month ago
By Fiachra Gallagher
This Interview From 2001 With Roddy Collins And Stephen Kenny Is So Awkward
Football
1 year ago
By Sean Meehan
30 Years On, The 1990 FAI Cup Final Remains One Of Irish Football's Great Stories
Football
1 year ago
By Michael McCarthy
"I've Just Felt Nothing But Low" - Alan Mannus' Cup Win Ruined By Anthem Controversy
Previous Next