7 Things That Have Really Been Bothering Us About Football

The Most Annoying Things About Football

After Mesut Ozil and Geoffrey Kondogbia were criticised by many for swapping shirts at half time in a vital Champions league tie last night, we look at the seven most annoying attribute of football in the last few months

Perhaps nothing is more hated by commentators and fans alike than the early swapping of shirts. With so much on the line, be it progression to the Champions League quarter-finals or three points in the league, the last thing that should be on the mind of players is swapping shirts. Go nuts swapping jerseys at the end of the game, your job is done then but until then nothing but 100% focus on the task at hand is suffice.

It doesn't really matter though, does it? Swapping your jersey during a 15 minute break in play isn't going to affect the focus of any player. He would be putting on a fresh one at half-time regardless. If your team lost, and you're blaming a player swapping shirts at half-time, you need to do some soul-searching. 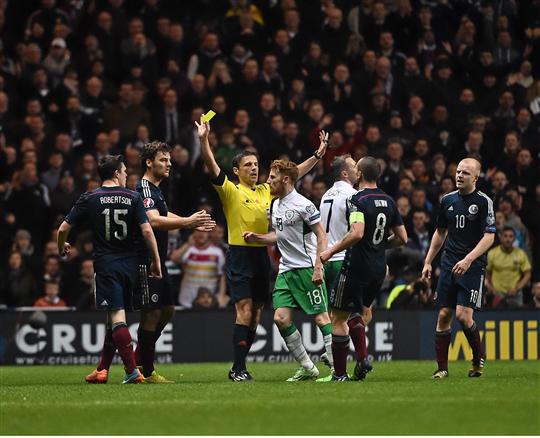 There's been a lot of debate about players crowding the referee as of late. Yes it's unsavoury, but when your own team did it and got Johnny Opposition sent off you weren't quite moaning as much. Fans of a certain Manchester club must have short memories, forgetting one Roy Maurice Keane was at the forefront of crowding the referee in his time. 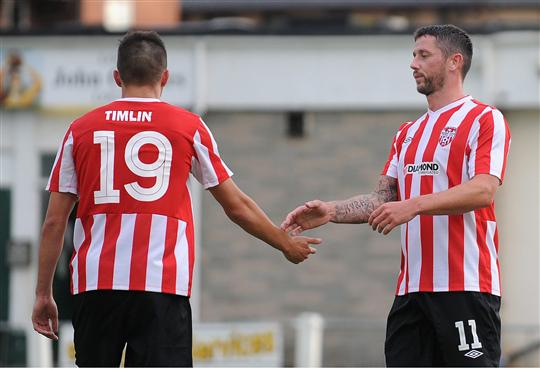 Modern footballers have perfected the art of the non-celebration. They don't want to be seen celebrating scoring against a former employer yet do exactly that. The smug smile, the pushing the hands down or holding them up to apologise. If they didn't want to celebrate they'd surely run straight back to their half for the kick off. It would be better for everybody if they just celebrated properly, good man Danny Welbeck.

We know Michael Owen is commentator, we don't need to be reminded of it for the entire match. How it's even a surprise we're not sure as he's widely known he's contracted to work for BT Sport. If it really affected your enjoyment of the match, you'd switch over.

Arsene Wenger complained that Monaco didn't deserve to progress at the expense of Arsenal as they registered no shots on targter in the second-leg. So fecking what? They won the tie on away goals fairly. They went to London and played Arsenal off the park.

The away goals rule is hardly new and who can blame a team for sitting back with their opponents needed to score three?

Marouane Fellaini coming off the pitch like.. pic.twitter.com/OWcvwy7WUD — Not Match of the Day (@NOT_MOTD) March 15, 2015

See Also: The Rumoured New Man United Jerseys Are Just Lovely But Don’t Get Too Excited

See Also: Video: ‘Man, Shut Up’ – Mario Balotelli Is Not A Happy Chap

Football
8 hours ago
By Fiachra Gallagher
Louise Quinn's Fiorentina Hoping To End Another Man City Winning Streak Tonight In Champions League
Football
2 days ago
By Gary Connaughton
Virgin Media Set To Lose Irish Champions League Broadcasting Rights
Football
5 days ago
By Jonathan Byrne
10 Of The Youngest Players To Feature In Europe For Premier League Teams
Popular on Balls
Premier League
13 hours ago
By PJ Browne
Quiz: Name Every Team Relegated From The Premier League In The 90s
Football
10 hours ago
By Jonathan Byrne
Peter Crouch's Stories of Being David Ginola's Bootboy Are Comedy Gold
Rugby
8 hours ago
By Balls Team
Quiz: Name The 25 Players With The Most Six Nations Appearances
43