Some Good News For Ireland As The Poland Squad Is Named 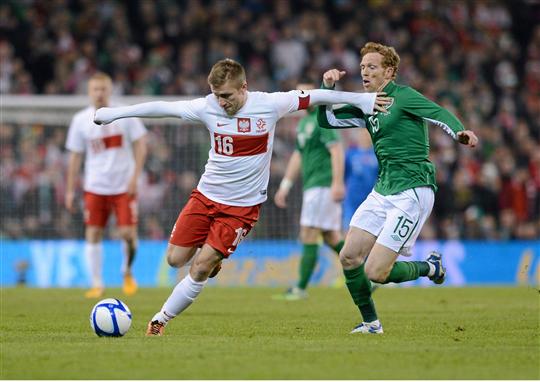 There is some good news for Irish fans ahead of their crucial European Qualifier against Poland on Sunday. The Poland squad has been named with Borussia Dortmund's Lukasz Piszczek and Jakub 'Kuba' Blaszczykowski, FC Krasnador's Artur Jedrzejczyk, and Stade Rennais' Kamil Grosicki all missing. All bar Kuba played in their last two qualifying games and the quartet have some 149 caps between them.

Blaszczykowski is perhaps the biggest omission on the list, given that he captained the Polish side during their Euro 2012 campaign. He played a full game at the weekend but it is thought a disagreement with either the Polish management team or star striker Robert Lewandowski has led to his international exile.

The full Poland squad is as follows;

It is still a very good squad but we'll take some encouragement from it.

See Also: Video: Jack Grealish Hopes To Be Back In An Irish Jersey This Year

Football
2 days ago
By Balls Team
What Does The Gear You Wear To 5-A-Side Say About You?
Previous Next