The Celtic jersey with it's iconic green and white hoops is one of the most easily recognisable jerseys in the world of football, and every year when it's released it will always sell well despite having to stick to the same basic format.

When it comes to away jersey, there's a lot more freedom when it comes to design and colour scheme, but that doesn't always result in something that pleases the eye.

In fact, recent seasons have brought about some absolute shockers, like this monstrosity: 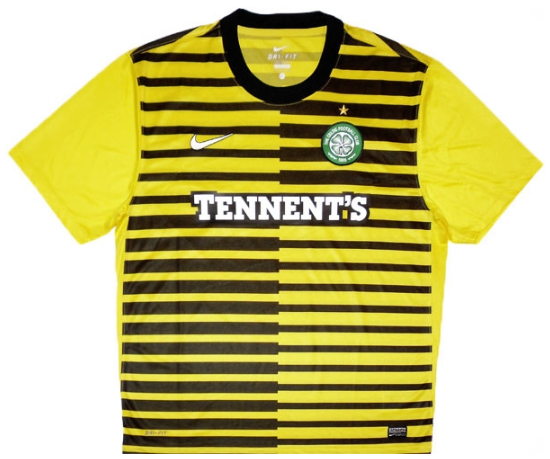 But there are occasions where whoever is designing it, be it Umbro, Nike, or New Balance, get it just right.

Over the past 20 years there have been a number of jerseys that stand out as particularly pleasing, and for no reason at all we wanted to pay tribute to them.

Some jerseys bring back vivid memories, be it Henrik Larsson scoring big goals in Europe or whathaveyou, and some you'll just see an awful lot of out and about in public, but the following jerseys all had an impact following their release.

We've picked out 8 from the past 20 years or so that have stood the test of time and are just a solid bit of football kit manufacturing, and all can be found on the outstanding ClassicFootballShirts.co.uk

Arguably the best? The outstanding 02/03 away jersey: 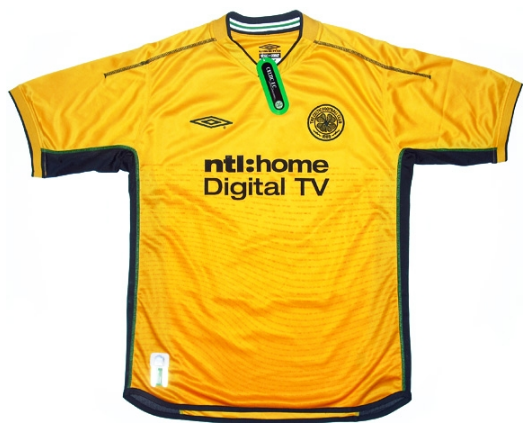 This jersey was everywhere, and you're still likely to see it pop up at your local 5-a-side every now and then.

Celtic had a particularly enjoyable team at the time and you'll see anything from 'LARSSON 7' to 'AGATHE 17' on the back. 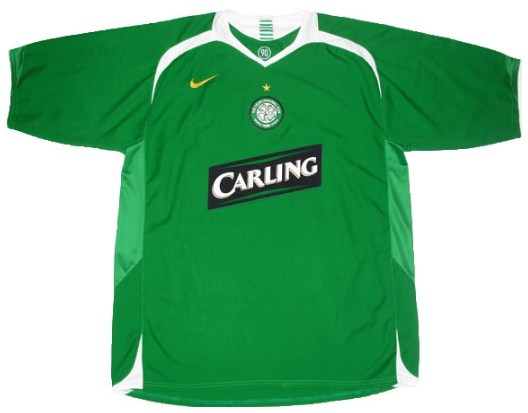 Another unforgettable away jersey was the one in which Roy Keane made his debut for the club.

It seemed fitting that it was all-green, and it serves as an example of what Ireland would have looked like if we were sponsored by Nike at the time. The yellow numbers on the back were a nice touch. Solid garment.

A smash-hit, the green/silver 04/05 title celebration jersey was everywhere: 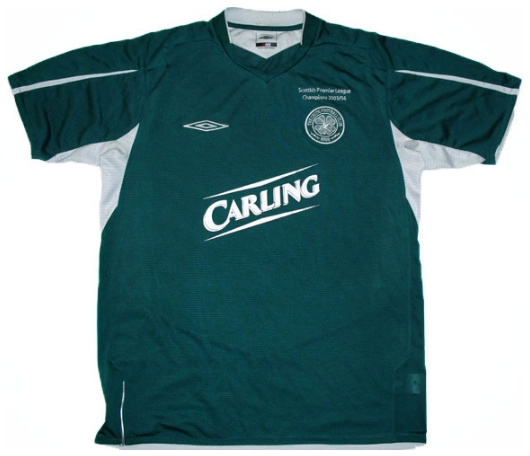 If's hard not to envisage Henrik Larsson scoring in Europe whenever you see that bad boy. This is another one very likely to emerge at 5-a-side or be seen out and about as it was another immensley popular jersey.

That shade along with the silver lining and numbers just worked so well. 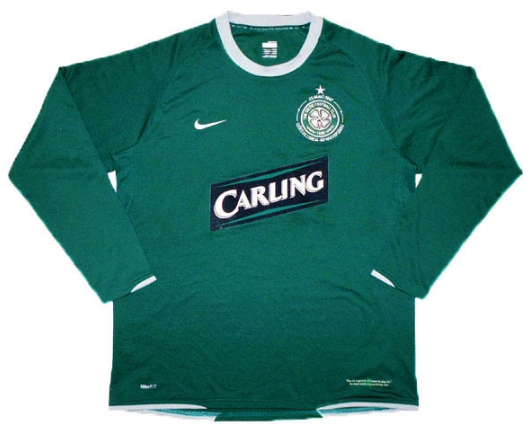 It worked so well that when Nike took charge of the jerseys they went straight back to that colour scheme.

This one was a little more simple than the one above, and just a little less memorable.

11/12 saw one of the better efforts in recent seasons: 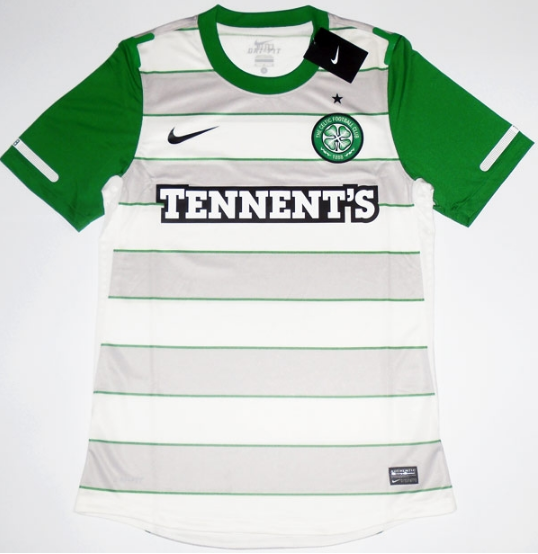 Nike were guilty of a few shockers during their time, but this certainly wasn't one of them.

The green sleves and two tones of white worked well although there weren't many occaisons where Celtic could have just used their home colours.

As was this simple yet effective effort from 14/15: 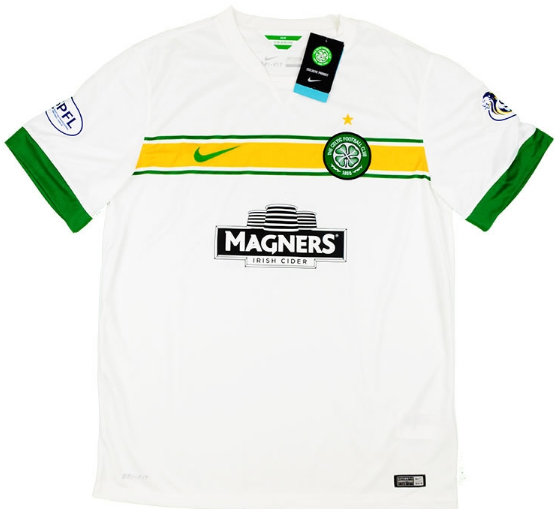 Another solid effort from Nike, the clubs colours proundly on show and very inoffensive. 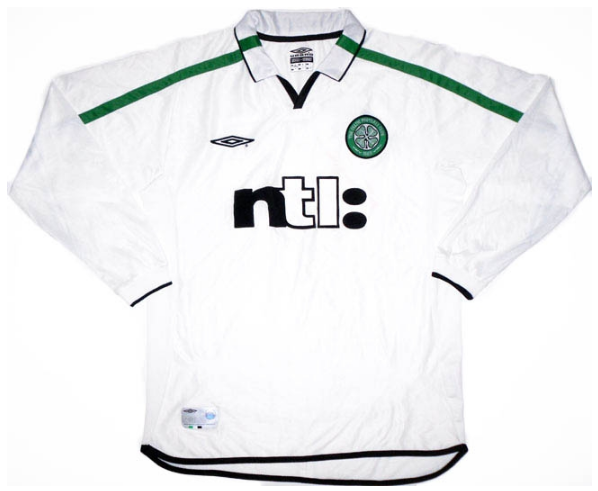 The 'NTL' sponsor days really were great, and you can almost see Chris Sutton heading a ball down for Larsson to bury anytime you see this beaut.

Simple, but so, so effective.

But in all honesty 99/00 is the likely owner of that title: 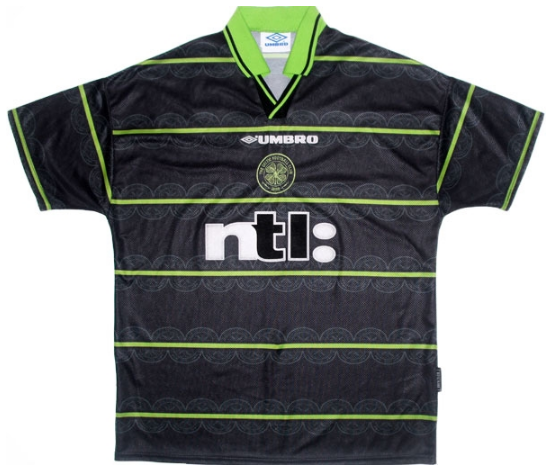 Coming out of a decade of mental jerseys, Umbro got this one just right and as a result you'll still see it on a match day. Best worn with dreadlocks, of course.