The late 80's and early 90's was the peak of football kits. Don't argue with us, it's just a fact. Classic Adidas, occasional Umbro crackers, even a few cheeky Asics belters. It just can't be beaten.

With Arsenal releasing a tribute to their kits from 1988/89 this season, it got us thinking, what other classic kits would we like to see given a modern reboot?

This is what we came up with.

This is one of the iconic Premier League kits. It just works. The pinstripes are glorious, while the 'Muller' logo is one of the rare cases in which a sponsor actually improves a jersey.

Aston Villa need to recreate this effort, but we wouldn't want to see them change too much in the modernised version.

Liverpool have brought back the pinstripes for the 19/20 campaign, but when will see a throwback to this effort from the 89/90 season?

It is an absolute beauty, with the subtle white designs adding that bit extra to a simple kit. It also has the added bonus of being the last kit Liverpool won the league in (for now at least).

Happy birthday to the legend that is Liam Brady! pic.twitter.com/kffnWbQmBp

How good is this kit? Seeing Liam Brady in it makes it even better, knocking up the nostalgia another notch or two.

West Ham released an updated version of this one in 2014, but it didn't do the original justice. We reckon it's time for another crack at it.

Everton were sporting this one for the FA Cup final win in 1995, the club's last major trophy win. It is a clean, simple effort, and just screams nostalgia.

Everton have had some poor enough kits in the last few years and they would be themselves a favour by bringing back this beauty.

What a season. City's kits were so good in the 89/90 campaign that we couldn't pick just one of them.

They're basically just the same kit in different colours, but that all adds to the charm. If they want to regain some of the identity they have lost in the Sheikh Mansour era, they need to go back to basics.

Get on it lads.

Manchester United's reunion with Adidas has seen a serious increase in the quality of their kits in the past few seasons, but they have yet to match this one from the early 1990's.

Simple, yet striking. It is an eye-catching shade of red, which allows the white v-neck to pop a bit more. Bring it back!

This is a proper retro kit. You'd never see anything resembling this in the modern game, but we are big fans.

Leeds could certainly do worse than bring this one back for another spin. Who knows, it might even get them back to the Premier League. 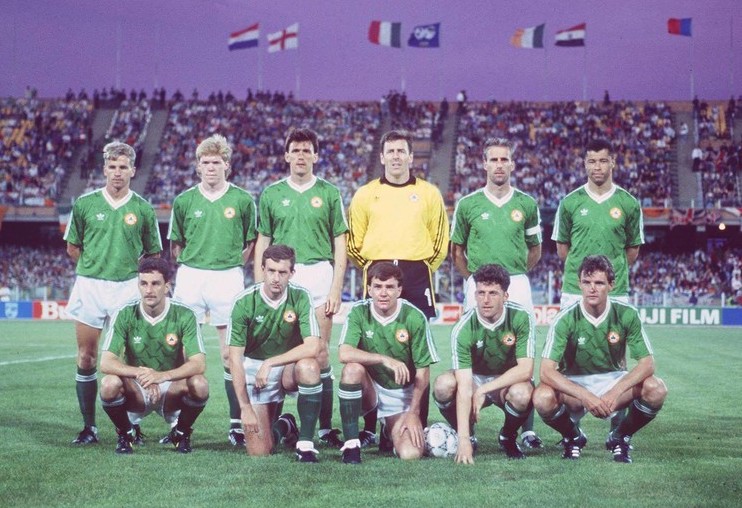 What we wouldn't give to see Ireland reunite with Adidas. New Balance have been solid as our kit provider thus far, but we still yearn for the days of crackers such as this one.

It is a similar template to the Man United one from the same era, with all of the same eye-catching features. The fact that we wore this one during our most successful period is an added bonus.

The FAI have got a lot wrong in recent years, so they owe us one. Please, bring back Adidas.