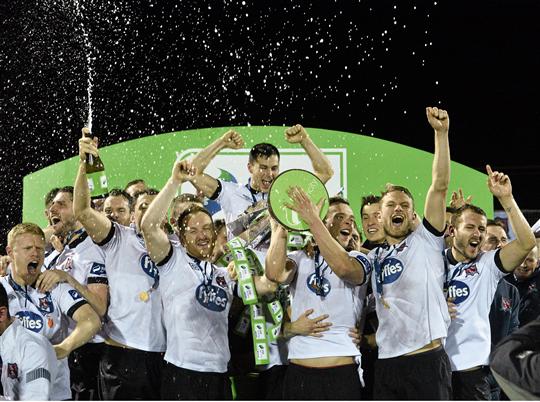 There's good news for anyone whose team has qualified for Europe this season; the Europa League and Champions League prize money given out by UEFA has increased drastically.

The headline news is that Champions, Dundalk are set for a minimum of €550,000 windfall from their Champions League participation. Should they win their first qualifying tie, this increases by some €100,000. Last season, St.Pat's secured €375,000 after getting knocked out at the hands of Legia Warsaw.

St.Pats, Shamrock Rovers and Sligo Rovers are set to receive €200,000 just for taking part in the Europa League. UCD could yet win a spot through the fair play initiative and would thus be in line for the payment. Should they progress to the second qualifying round, they will take in €410,000.

Progression to the final qualifying round would net €630,000. Should any team repeat Shamrock Rovers' feat and reach the group stage, €2.4m would be their reward. To put this in context, Dundalk won just €100,000 for winning the league last season.

It is particularly good news for those clubs who were also in Europe last year, having had significant cash flows for two years running. The FAI Cup will bring in yet more significance also. With the winner securing a spot in the Europa League, and thus €200,000, there is added incentive for every club to do their utmost to win the competition.