Whoever said that this format of the EUROs doesn't bring drama and intrigue?

There has been lots of criticism of the format of EURO 2020, mainly down to the fact that the four best third-placed teams qualify from the first round - meaning a two week group stage only knocks out eight teams out of 24.

Any detractors of the tournament format better have been watching the conclusion of Group F on Wednesday night, because it was the maddest night of tournament football we can remember.

Portugal took on France in Budapest, while at the same time Germany took on Hungary in Munich. France on four points had already sealed qualification for the knockout stage, while Portugal and Germany on three points were ahead of Hungary on one point.

In the end the three big countries in the Group of Death made it through, but the biggest winner on the night was England, who find themselves on the plum side of the draw and a date with a dodgy-enough German side at Wembley next Tuesday.

Here's how a mad evening of football unfolded and all of the scenarios for the tournament going forward.

The first moment of drama was the least expected of the evening, as Hungary took the lead against a German team playing on home soil. It was a top-notch goal as well, as a looping cross found Adam Szalai in the box and his diving header flew past Manuel Neuer.

What is it with Hungary and shock leads? Captain fantastic Adam Szalai has given the underdogs the lead against Germany in Munich with this diving header. #PORFRA #GERHUN #EURO2020 #RTEsoccer
📱 Live updates - https://t.co/j00fUSuNCY
📺 Watch live - https://t.co/wQsvKI41BU pic.twitter.com/qDV5LhSCfD

There had been controversy galore in the leadup to the game, and a Hungarian opener only added to the drama. As it stood, Hungary had leapt past Germany, with the Germans heading for an early exit.

After a slow burn in the first half-hour of the game, the repeat of the EURO 2016 final came to life in Budapest. French keeper Hugo Lloris landed a punch on Danilo that Katie Taylor would be proud of and the referee had no hesitation giving a penalty.

Cristiano Ronaldo makes no mistakes from the spot against Hugo Lloris, a keeper with a poor penalty record for club and country. Plus, a look back at the straight right from Lloris on Danilo that led to the spot-kick. #PORFRA #GERHUN #EURO2020 #RTEsoccer pic.twitter.com/pnfTiEmrRh

Of course, Ronaldo gave it socks after finding the net.

Of all of the ways for France to equal, a contentious penalty scored by the long-time absentee Karim Benzema was about as dramatic as they come. Kylian Mbappé appeared to simply run into Nelson Semedo, but the referee's decision to award a penalty was somehow upheld by VAR.

Returning to the French side for the first time in six years, Benzema made no mistake from the spot, and France were back in the ascendancy at the top of the group.

At half-time, the state of play had France going through as group winners, with Portugal in second and Hungary in third. Germany were on course for a second first-round elimination in a row for the first time in their history, but there was plenty more to come in the second half.

21:06 - Karim Benzema puts France ahead after another VAR check

What more did this night need? That's right - more Karim Benzema, and more VAR. After a simply delightful ball from Paul Pogba, Benzema thought he had put France in front, but the offside flag appeared to have denied him. VAR was called in, and the decision to disallow the goal was reversed.

The goal from Benzema - quaintly scored at the same timestamp as his goal in first-half injury time - meant that Portugal had gone from second place in the group to last place in the space of seconds. The defending champions were heading out.

Both of Karim Benzema's goals tonight were scored at 46m 44s - yet were separated by the half-time interval.

21:19 - Ronaldo scores again to put Portugal back through

Portugal v France became the first game in EUROs history to see three penalties awarded in normal time, as a handball from Jules Kounde gave Portugal another penalty. There was another moment of history in the pipeline, as Cristiano Ronaldo equaled Ali Daei's record as the most prolific international goalscorer of all time.

This meant that Portugal went straight from bottom in the group back up to second, and they would once again be progressing to the last 16. Germany were once again on the way out.

21:24 - Germany claw back the deficit in Munich

It appeared as though the Germans had pulled a Germany in Munich and clawed their way back into the knockout stages with ruthless efficiency, as Kai Havertz equalised at last for Joachim Loew's side. That was until...

A mere 90 seconds after Havertz's header had hit the net, Hungary dug deep and went up the other end and scored. Andreas Schafer's calm and composed header meant Germany were back in the drop zone, with France, Portugal and Hungary going through in that order.

Germany left it late but, after all of the drama, they ultimately regained their place in the knockout stages with just over five minutes to go in Munich.

Leon Goretzka levelled it for Germany in Munich on a night when France, Germany and Portugal progressed from the 'group of death'. #PORFRA #GERHUN #EURO2020 #RTEsoccer pic.twitter.com/5PHShh4Tcr

After a bit of pinball in the box, Bayern Munich midfielder Leon Goretzka buried his shot in the bottom corner to put Germany back up into second place in Group F, and knock Hungary out at the death.

After all of that, the group finished up in the exact same order it had been in at the outset of the day's football. France went through as group winners, with Germany ahead of Portugal on head-to-head by virtue of their 4-2 win against Ronaldo's men in Munich.

This is how Group F finishes:

🇫🇷 France will play Switzerland in the last-16.

The night's results set up a mouthwatering last-16 tie between Germany and England at Wembley, but France will be feeling a bit hard done by with their reward for topping the group.

The French will take on Switzerland in what would at first appear to be a handy second-round game. Their reward after that will be a quarter-final with Spain or Croatia, and a semi-final against Belgium, Portugal, Italy or Austria.

England, on the other hand, will be delighted with the side of the draw they have landed on. Their last-16 tie against a German side that struggled to break down Hungary at Wembley will suddenly look very appealing to Gareth Southgate's men, and their reward if they progress would be a quarter-final against Sweden or Ukraine.

The Netherlands are the best side left in the tournament that England could play in the semi-finals (if they progress that far), and the BBC pundits were certainly happy out, with Rio Ferdinand saying he felt "very confident of a good England result against Germany".

We'll just have to wait and see. They have played Germany at Wembley in the EUROs before. And they lost on penalties...

SEE ALSO: Scotland's Failure Continues One Of The Most Remarkable Records In Football 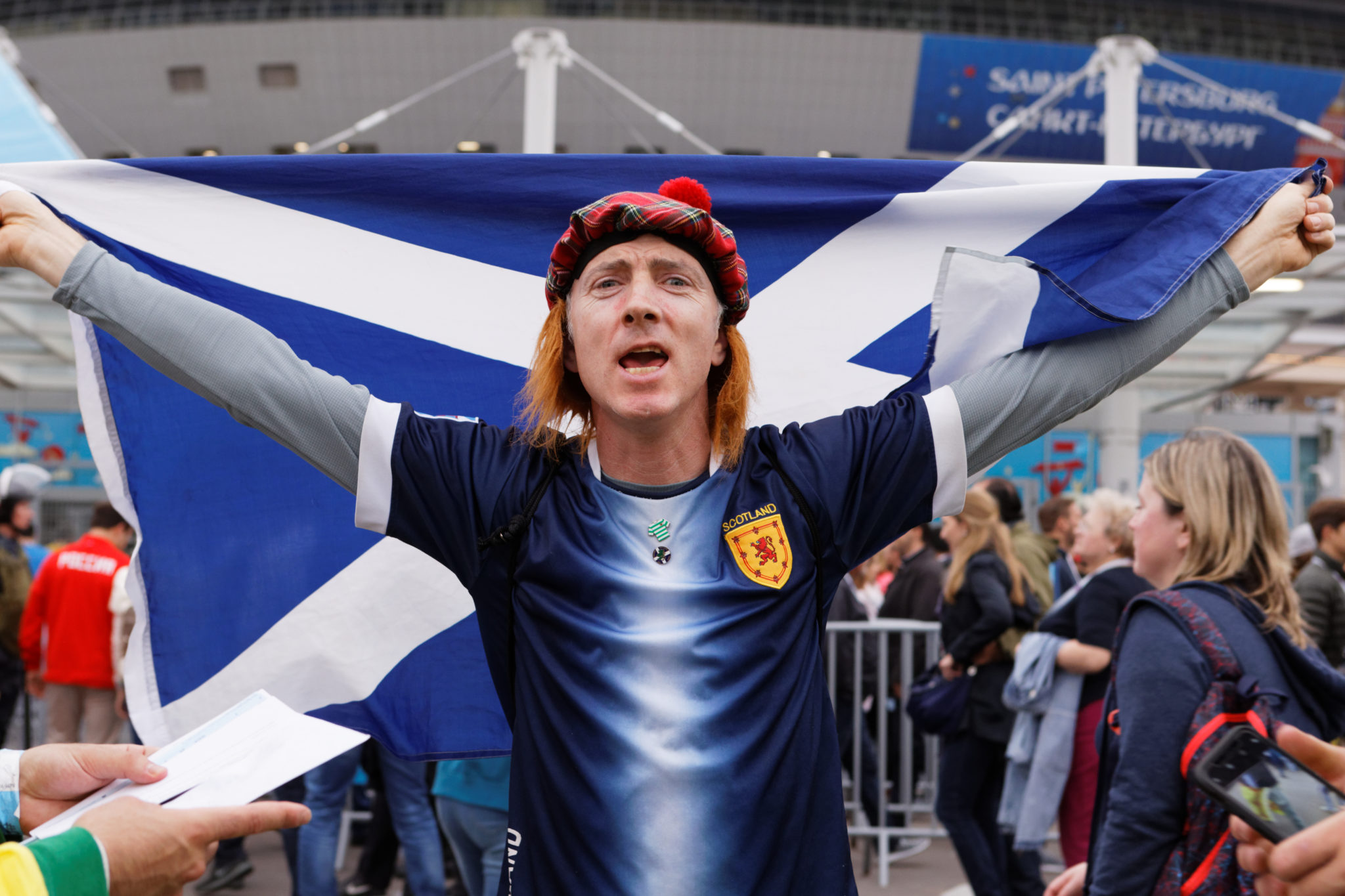