Aaron Connolly Is Ready To Shoulder Responsibility Of Ireland's Future

Aaron Connolly was in the middle of our Zoom call when his phone started buzzing just below the camera:

"Hold on, that is actually the gaffer ringing me there now. It's Stephen, that's a bit weird".

The timing of the phone call was indeed coincidental. Connolly had been in the middle of answering a question about the impact that Stephen Kenny has had on his career up to that point, including handing him his U21 debut and going on to make him a key part of the senior setup.

Kenny has done a lot for Connolly as a player, but now the Ireland boss will be counting on the 21-year old to help drag the team out of the slump they have found themselves in in recent months. That may be no easy task.

Speaking to Balls, the forward said it is a challenge he is looking forward to.

I really enjoy going away with Ireland because I play 90 minutes and I can express myself. Playing off the left or playing up top, I feel like Stephen trusts me to play there.

With Keith Andrews, I’ve known him for a few years all the way back to playing with the U17s, I’ve probably played my best internationals with him and Stephen...

With the trust he puts in me I always want to go out and repay him and do my best. If it’s not going well on the ball you still want to work hard for him. He’s a brilliant manager and I love working with him when we go away.

With Keith in the background as well it’s two people that I really want to fight for, along with the fans and the country. It’s been my dream growing up. I’ve wanted to play for Ireland for so long.

It’s hard the position we’re in now, and obviously I haven't scored yet, but it makes me more determined to make everyone happy and put everything right for Ireland. 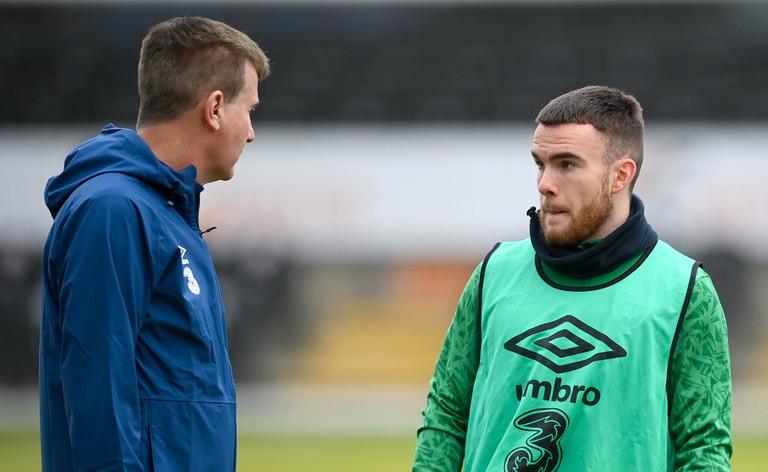 While we were not privy to the conversation the two would go on to have on that phone call, we could hazard a guess that it had something to do with Connolly's recent injury issues.

The Brighton man is currently nursing a cracked rib, an ailment that has kept him out of the club's last two league fixtures. He will not play before the international break, but is hoping that he can recover in time for the massive World Cup qualifier against Serbia on March 24th.

In many ways, missing such an important fixture due to what he described as a 'freak' injury would sum up what the player's international thus career far. He has been forced to pull out of a number of Ireland squads due to slight knocks, often right as his club form was at its peak.

Undoubtedly the perfect example of this unlucky streak came prior to Ireland's Euro 2020 play-off against Slovakia, with Connolly and Adam Idah forced to miss the fixture after being deemed close contacts of a positive coronavirus case. The test that would ultimately be confirmed as a false positive.

That one is something that still stings to this day, with Ireland bowing out after losing on penalties.

I want to be playing in those big tournaments at 20 or 21, who knows if I'm going to be in that position to help Ireland out and get to another Euros or World Cup? You never know, so it’s little things like that that make you determined to play for your country every time.

If I have to miss internationals it’s gutting...

Obviously it’s a massive game, Serbia are a big nation with a good team and some top players. I think everyone is relishing it. We just want to get the three points to start off the campaign and get the goals. If we get that win to start off, who knows what could happen?

🚨 WIN A PS5 🚨@AaronConnolly_9 of @OfficialBHAFC & @Jackb_8 of @FAIreland face off in #FIFA21 to celebrate Paddy's week.

Even if Connolly does not make it back in time for the Serbia and Luxembourg games this month, there is little doubt that he will play a huge part over the remainder of the campaign. Ireland are a team in desperate need of goals, something that he will be counted on to provide.

While hardly a prolific goalscorer, David McGoldrick's international retirement means that one of the key forward players from the last qualification group is no longer available.

Younger players will be required to step up and there will be pressure on the likes of Connolly, Adam Idah, and Troy Parrott can fill that void.

It is a pressure that the Galway native is looking forward to, especially with some very talented teams set to line up in opposition.

That’s the aim with any team I play for: to score goals and take some responsibility when it’s going good, and when it’s not going so well. I take responsibility for the fact that it hasn’t been good enough recently.

When I saw the draw I was excited. Everyone saw Portugal thinking it was a bad thing, but I have no doubt that we will go into that game full of confidence.

That starts with Serbia, if we get that result it will kick start our campaign and get the fans back behind us again. 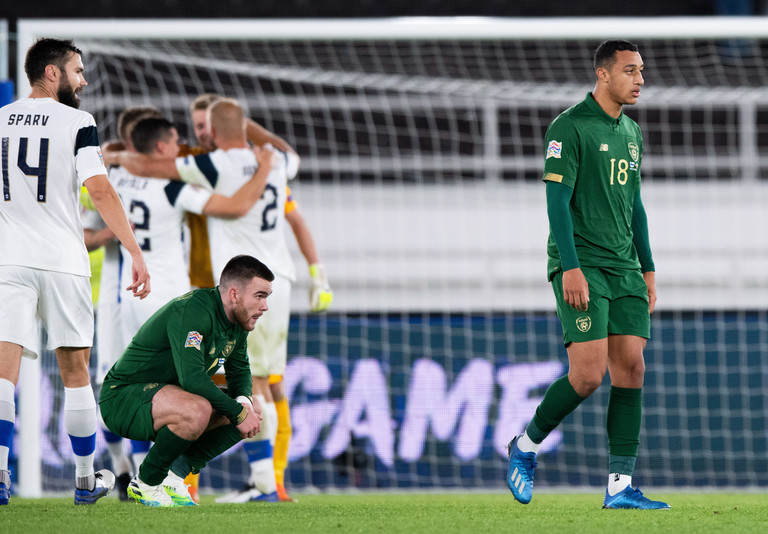 The majority of fans remain very much behind the Irish team despite their disastrous run in 2020, even if the usual detractors are continuing to push certain agendas against Stephen Kenny.

It is clear that Ireland are attempting to make major changes, ones that will take time to implement. It would be foolish to make any conclusions about the Kenny era before the end of this campaign at the earliest.

The return of supporters could help. Like the vast majority of footballers, Connolly is already eagerly anticipating the day that fans can return to grounds.

Football certainly isn't the same in empty stadia, with Ireland as affected by that dynamic as much as anybody. They are never a prolific team in front of goal, but you can't imagine that their lacks of goals would have been quite such an issue had they been playing in front of a packed Aviva Stadium in some of those fixtures.

They will have to navigate this tricky landscape for another while yet, with the March internationals being played in those eerie surroundings once more. After that, there will be some hope that supporters can return for the next round of qualifiers in September.

They could be the boost that Ireland need and Connolly is certainly looking forward to seeing them return.

I think they’re like the 12th man. When I made my debut against Georgia two seasons ago and then against Switzerland away, they were massive. I’ve missed that, missed having fans in the stadium.

It drives you on to a certain level, especially with Ireland as well. They’re brilliant all game no matter what. Against Switzerland we were 1-0 down and they were right behind the team. It pushes you on because not having them there has been a big miss.

I feel like if we had them there we would have definitely nicked a couple of results and some more goals. It’s just one of those things, I’m relishing it. I can’t wait for the fans.

To be in with a chance to win the PS5, head over to our YouTube channel and subscribe, then leave your name under the video of Aaron Connolly's FIFA 21 clash with Jack Byrne.

SEE ALSO: What Ireland Players Are In Good Form Ahead Of The International Break? 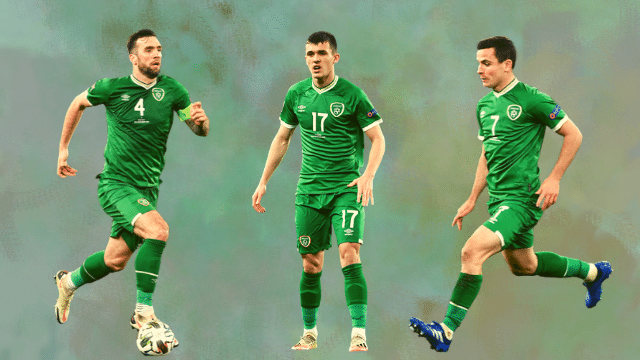