Aaron Connolly made a fantastic return to form on Wednesday night, scoring two goals against Swansea as he helped Brighton to the fourth round of the EFL Cup.

Connolly has struggled for form in 2021, for club and country, and Wednesday night will have reminded fans of the potential he has shown regularly in the past.

Aaron Connolly the hero for Brighton against Swansea

Aaron Connolly was handed a first start of the season for Brighton in their EFL Cup tie with Swansea - and he grabbed the opportunity with both hands.

Galway man Connolly had not scored a goal for club or county since scoring for the Seagulls on the 2nd of January against Wolves. With a bit of a helping hand from a deflection, he finally ended his goalscoring drought against the Swans.

Having made his way into the area, Connolly's 33rd minute shot deflected off Swansea defender Brandon Cooper and into the net, to finally get the Irishman off the mark for this season.

Five minutes later, Connolly needed no luck to add his second, as he scored an excellent solo goal to put Brighton out of sight.

When he was replaced with fifteen minutes to go, Connolly received a standing ovation from the home fans. For a player who has struggled to win over the Brighton fanbase, it will surely have been an emotional night on the south coast, and a much-needed confidence booster as he seeks to break his way into the Seagulls' first-choice starting eleven.

Aaron Connolly doing what he does best, scoring goals and pissing people off

Connolly's goals ultimately proved decisive, as Brighton took a 2-0 win to progress to the EFL Cup fourth round.

Ireland and Brighton fans will be hoping Aaron Connolly's goalscoring form is returning - and if Wednesday's game against Swansea is an omen of things to come, Stephen Kenny and Graham Potter may well have Connolly back to his best sooner rather than later. 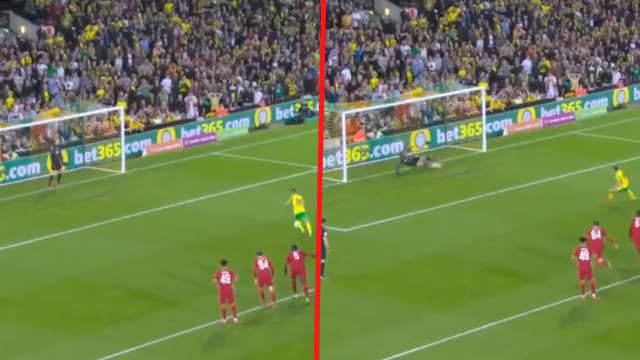 Football
4 months ago
By Gary Connaughton
Aaron Connolly Admits Criticism Has Affected Him After Brighton Departure
Football
4 months ago
By Gary Connaughton
Graham Potter Non-Committal On Aaron Connolly Future Ahead Of Loan Move
Football
5 months ago
By Jonathan Browne
Stephen Kenny Extols The Value Of Loan Spells For His Young Players
Popular on Balls
Rugby
2 days ago
By Colman Stanley
'That Pace, That Intensity, That Organisation' All Black Legend Has High Praise For Leinster
GAA
2 days ago
By PJ Browne
Cusack Has Little Sympathy For Gearoid Hegarty After Red Card
Football
11 hours ago
By Colman Stanley
Wagatha Christie Trial Sheds New Light On England's Euro 2016 Disaster
GAA
17 hours ago
By PJ Browne
GAA President Explains Why Tailteann Cup Won't Be All-Ireland Curtain Raiser