It's difficult not to think that if Aaron Connolly had been available for selection against Slovakia last month, Ireland could be preparing for a massive Euro 2020 play-off against Northern Ireland later this week.

The 20-year old has been in impressive form during his appearances under Stephen Kenny, and considering the amount of chances Ireland created in Bratislava, having him on the pitch certainly could have made a difference.

We all know the reasons for his absence at this stage. Connolly and teammate Adam Idah were considered as close contacts of a non-playing member of FAI staff that tested positive for coronavirus after they sat near them on the flight out of Dublin.

It would later emerge that test was a false positive. The fact that the two players had sat in seats that were not assigned to them had also been criticised, but Connolly feels that was very unfair.

Speaking to members of the media ahead of Thursday's clash against England, the Brighton player said he was frustrated by some of the criticism directed his way. However, the main takeaway was how disappointed he was to miss out on such a massive game.

It's frustrating when people say that, because I might have left the seat but I didn't know I was going to go sit beside someone who had a positive test. I could have stayed in my seat and someone beside me could have had it, and then get away with it because I moved seat.

To see stuff like that is frustrating, even on social media. I moved seat, but how was I meant to know where someone who tested positive would be sat?

I don't look back it and think 'I should have sat there'. It happened, so I just move on from it now...

It was tough. At 20-years of age I might never get that chance again for my country, to play in such a big game to get to a big tournament.

It was obviously frustrating, then to find out it was a false positive after that was a bit gutting.

That was last month, it's all about these three games. I've got to move on.

Having come back into the fold for the Finland game, Connolly is likely to play a big part in the three fixtures this month.

He has operated on the left in his Ireland appearances thus far, but the retirement of David McGoldrick from international football has left the door open for a possible positional switch.

Stephen Kenny hinted that Connolly could be used through the middle more often, a position he occupies at club level. It is a switch the Galway native would welcome.

It's my natural position for my club, so if that's where [Kenny] sees me playing I'm happy to play there. If he still wants to play me out wide, of course I'm not going to have any problems with that either...

I feel like I've done alright. Obviously a striker wants to score goals. Hopefully if I get that chance to play through the middle I'll have more chances to produce goals and create chances.

It's been frustrating so far not scoring and not getting wins, but I think over time that will definitely come.

Connolly has not had much playing time at Brighton over the last couple of weeks, but he will be hoping to rediscover his best form over the next ten days or so. 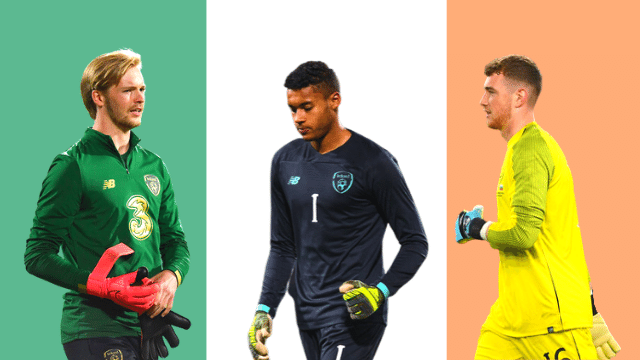