Inter v Juventus was meant to be the headline tie of this Serie A weekend, but it will be tough for it to live up to Saturday evening's clash between Bologna and Milan.

From own-goals to red cards to a late winner, this was a game that truly had everything.

Milan came into the game off the back of a Champions League defeat to Porto, and thus manager Stefano Pioli would have been desperate for his side to take a comfortable win at Bologna on Saturday night.

Three points would have seen Milan top of the table on Saturday night, and at half-time it looked as though they were comfortably on course to take them. Rafael Leao had them ahead after just a quarter of an hour, before Adama Soumaro saw red for Bologna.

Davide Calabria put Milan 2-0 up ten minutes before half-time, and it looked like the Rossoneri were cruising to the top of Serie A.

The first ten minutes of the second-half saw things turned on their head, however, as two quickfire goals saw Bologna draw level.

The first of Bologna's goals came from Milan forward Zlatan Ibrahimovic. The Swedish superstar has traversed the globe, winning titles across Europe with the likes of Barcelona, Ajax, PSG, and Man United - but this was the first time in his career that he had ever scored an own-goal.

For the first time in his career, Zlatan Ibrahimovic has scored an own goal 🙃 pic.twitter.com/AK6lCWjfY9

Just six minutes after they had drawn level, however, Bologna shot themselves in the foot. As though playing with ten men wasn't enough of a challenge, Roberto Soriano decided to leave Bologna with just nine, as he got himself sent off with just over half an hour to go.

It took Milan another twenty five minutes to break Bologna down - but it was worth the wait, as Ismael Bennacer rifled home a volley from the edge of the box to put them on the verge of victory.

The final say was yet to be had. Zlatan was not to be forgotten, and he put Milan 4-2 up in the final minute with a calm finish from the edge of the box - making up for his earlier own-goal.

The result sees Milan top of the table in Italy - though Napoli can usurp them if they avoid defeat at Roma tomorrow night. With 24 goals across the five games so far this weekend - and two mouthwatering ties coming up tomorrow night - we think now may be the time to start watching Serie A. 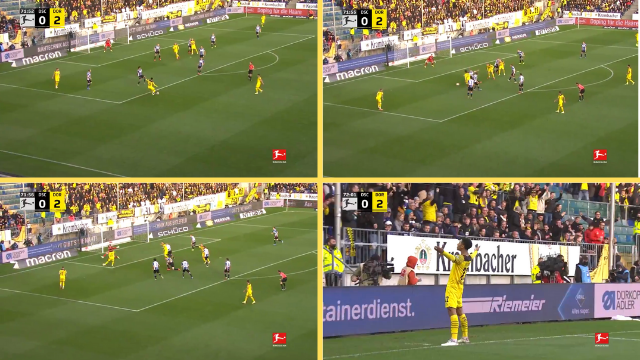 Football
1 week ago
By Colman Stanley
From Delivery Boy To Serie A: The Astonishing Rise Of Junior Messias
Football
2 weeks ago
By Balls Team
A Timely Reminder That The 2004 Champions League Quarter-Finals Were Frankly Bonkers
Football
1 month ago
By Eoin Harrington
There Was Late Champions League Drama Aplenty On Wednesday Night
Previous Next