Adam Idah has massive potential, but it had to be frustrating for him to see his club career go the way it has over the last couple of seasons. He had not been given all that many opportunities by Norwich City, with goals understandably hard to come by as result.

Hopefully that is changing.

His start against Everton this afternoon was his third on the trot in the Premier League, duly repaying Dean Smith's show of faith in him early in the game.

Idah would score his first goal in the division in the 18th minute, finishing smartly from inside the box. You could see what it meant to him.

You love to see it 😍 #NOREVE pic.twitter.com/HTqQnw4Mug

You can see the goal here.

Idah was a menace for Everton all afternoon and could well have had another goal or two had the ball dropped his way on other occasions. He was arguably the best player on the pitch, especially in the first hour or so.

That goal would also turn out to be the winner, with Richarlison halving the deficit in the second half.

Speaking after the game, Idah said he was thrilled to finally get off the mark in the top flight.

This is so big for us. We've had a tough spell, to get the three points today in unbelievable.

A lot of people have written us off already, but we're not far off it. We're getting started now, we just need to keep this run going...

I was over the moon (to score). To get a Premier League goal is what every kid wants. To do it today and get the three point is unbelievable, to help them today was just a great feeling.

We just need to keep this going and get as many wins as we can now...

We've always been confident. The Premier League is the toughest league in the world and it's going to be tough at times, we just need to have that confidence and belief that we can score goals like we did today. We scored two goals in 92 seconds, we need to keep it going and we're enjoying it now...

There is always pressure going into every single game, this is the Premier League. There is pressure no matter what league we're in.

We're in a tough position at the moment and we're doing the best we can to get out of that. Today was better.

Quite the day for him.

His manager Dean Smith was also impressed with the Irishman, who he says he has been steadily improving in recent times.

I thought Adam played really well today up front. He has followed on the performance from Wednesday night, because I thought he was good on Wednesday as well.

Idah now needs to capitalise on his good form with a run in the team.

Considering how he performed this afternoon, he should certainly see plenty of playing time in the weeks ahead. 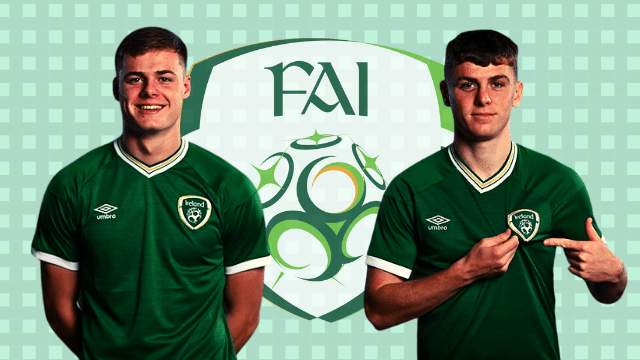