It was quite the weekend for Adam Idah.

Having had a frustrating start to the season at club level with Norwich City where playing time was hard to come by, he has made serious strides in recent weeks.

The striker has started each of their last three Premier League games, a run that was capped off by his first goal in the division against Everton on Saturday. He took his chance very well.

It wasn't just Idah's goal that caught the eye. He was probably the best player on the pitch for the entire 90 minutes, earning Norwich man-0f-the-match honours.

The performance is now also being praised by those outside the club, with the Cork man being included in the Who Scored Premier League Team of the Week.

✅ @adamidah1 is in the @WhoScored Premier League TOTW! 👏#NCFC pic.twitter.com/LArmUlqxqh

That isn't the only recognition he has received.

Norwich City's first win since November and it had to be against Everton and Benitez. Idah ran Everton ragged and Michael Keane in particular.

Keane's own goal was unfortunate but he was all over the place for Norwich's second, which was Idah's first Premier League goal for the club.

Idah's first touch was poor but his desire to score matched his courage to get to the ball before Jordan Pickford was impressive - and it sealed the points for the Canaries.

This came after some nice praise from Alan Shearer on Saturday night.

Speaking on Match of the Day, the former Newcastle striker said he was very impressed with what he saw from the youngster:

Teemu Pukki was the main focal point and he (Idah) sort of dropped in behind him – and Everton couldn’t cope with him, at all.

He caused them too many problems, he was too clever for them. His touch sort of gets away from him (ahead of his finish) a little bit but he is quickest to react.

But look at the time and space that Everton allow him to take a touch and turn, to get at them and cause them problems.

Something similar again, not tackled again, he gets Norwich into the final third and then he’s got his pop at goal.

It was a superb performance from Norwich and from him in particular, so congratulations on his first (Premier League) goal.

Idah will now be hoping that this form can lead to a sustained run in the team.

Norwich City boss Dean Smith has been impressed with his progress since arriving at the club and certainly seems more open to giving the 20-year old an opportunity in the side than his predecessor Daniel Farke.

His performance at the weekend has more than justified that faith, with Idah now hoping that he can play a sizeable role as his team look to pull off an unlikely survival attempt. 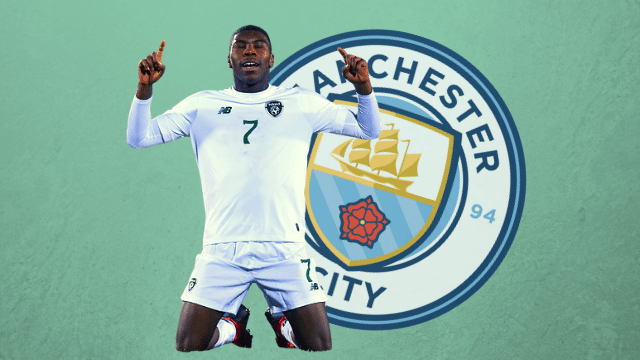