Coming into today's meeting between Manchester United and Liverpool, many seen the result as a foregone conclusion. That was somewhat understandable when you looked at the form of the two teams.

However, for anyone familiar with this fixture you always suspected this would be a tense affair.

The mind games started from Solskjaer early in the week when he played down the chances of David de Gea and Paul Pogba of proving their fitness in time. De Gea would indeed play, and the United boss also sprang a tactical surprise just before kick-off.

The move to a three at the back certainly proved a successful one. It allowed Aaron Wan-Bissaka and Ashley Young to push up the pitch and counter the attacking threat of Liverpool's fullbacks, something they did to great effect in the first half.

Mo Salah was missed, with Divock Origi unable to offer the same threat. With the extra player in the centre of defence there was little room for Roberto Firmino to operate in the hole.

Marcus Rashford's goal, as controversial as it may have been, was certainly not against the run of play.

One suspected Liverpool would come out all guns blazing in the second half, but was not really the case. There was a slight upturn in their performance levels, but they were still deliberate and probing in their attacks.

It took the introduction of a pair of largely forgotten players to change the game.

Naby Keita has not had the impact at Liverpool that would have been hoped for prior to his arrival. There are a number of potential reasons for that. 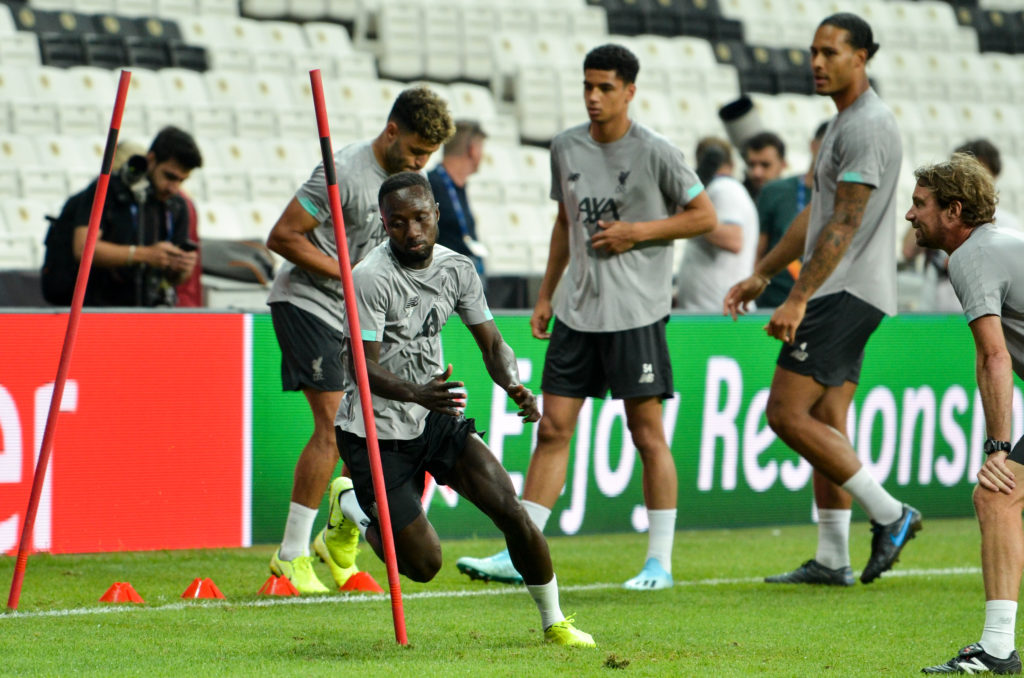 Injuries haven't helped, with Keita starting to show some fantastic form before his season was cut short against Barcelona in April. He has also underperformed at times, but his absence from the team has been a puzzling.

At his best, he is exactly the type of midfielder that Liverpool are lacking. He proved that when he came on at Old Trafford, providing the type of quick incisive passing that his team had lacked up until that point.

Adam Lallana is a different case. Over the past two years, he has been largely written off at Liverpool. Having been a key player at the start of the Jurgen Klopp era the former Southampton man has fallen way down the pecking order.

Much of that had to do with the additional quality brought to the club over the past few seasons. Injuries have also had a huge impact, and Lallana has lost much of the pace and running power he had under his belt a few years ago.

Despite the persistent questions around his presence at the club, he made the difference today. Much like Keita, he brought the type of guile that had been missing for Liverpool in the final third.

He showed some lovely touches around the penalty area, with his movement at the far post for the equaliser very impressive. It was his first Premier League goal since May 2017.

⚽️ Adam Lallana has ended a run of 36 apps without a goal for Liverpool, since the 3-0 PL win v Middlesbrough, May 2017 - scored 4 goals in Dec 2016 but only once since before today pic.twitter.com/FBM6RVlaox

If Liverpool are to end their long title drought, they will need more contributions such as that this season. They don't have the squad that Manchester City do, and you can't expect their star performers to show up in every single game. There will be off days.

As much as Jurgen Klopp will be frustrated with much of this performance, this will be one positive he can take away. If he can rely on positive contributions from fringe members of the squad such as Lallana, you would imagine dropped points will come few and far between.

The likes of Alex Oxlade-Chamberlain and Divock Origi fall into this category too. Liverpool need these type of players to perform, whereas City have far more star quality on their bench. If the title is to be wrestled away from Manchester, this is the area where the challengers will have to close the gap.

On a more personal note, it vindicates Lallana's decision to stay at the club and fight for his place. He will be hoping to make plenty more contributions over the coming months.

Manchester United were impressive today on the defensive side of the ball. They offered few gaps for the visitors to exploit, and counterattacked well early on. That did fade pretty comprehensively as the game went on, but Ole Gunnar Solskjaer will be pleased with much of what he saw.

Stopping their recent slide with a draw against Liverpool is a good result, although the Old Trafford faithful will expect more attacking impetus from the team over the coming weeks.

On Liverpool's part, they are likely to face a similar opposition setup on plenty more occasions this season. Few other teams will have the personnel that United did to do this job, but they will need to learn how to break down these defences.

If they don't, the title may well allude them once again.