The West Ham U21s had a 3-1 win over Southend in their EFL Trophy group game at Roots Hall on Tuesday night.

All three of the West Ham goals came from Ireland underage internationals.

Southend equalised just over 10 minutes later and 1-1 remained the score until the 84th minute when Odubeko struck again.

West Ham again won the ball back high up the pitch. After the ball fell to him on the edge of the box, Odubeko hit a goal of the season contender into the roof of the Southend net.

The scoring was rounded out by Ireland U21 international Conor Coventry. After Harry Seaden attempted to head the ball clear, 20-year-old Coventry lobbed the Southend goalkeeper with his first touch.

"With the first one, we always look to press high, and that meant we won it high up the pitch. I thought to myself, ‘Let me just get a shot off’, and it ended up going in," Odubeko, who was making his first start for the development squad, told the West Ham club website.

It’s really tough physically out there because they’re grown men. We try to make the game about what we can do. We try to play, try to press hard and put our best foot forward.

"With Mipo’s two," said West Ham U21 lead coach Dmitri Halajko, "as a youth team player in age, to be able to strike a ball that hard on an occasion like that is top level. They were top quality strikes.

"Conor doesn’t get many – I don’t think personally I’d ever seen him score or even get close to scoring! – but he saved it for a really good time and they were really pleasing moments." 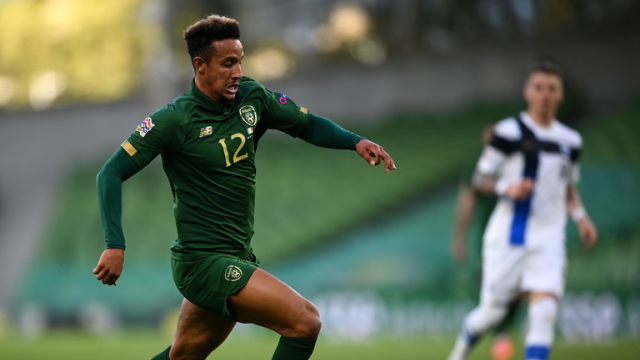 Football
3 months ago
By Balls Team
Watch: Padraig Amond Is At It Again With Another Cup Giant-killing
Football
2 years ago
By Emmet Bradshaw
What Offences Might Get A Manager Red Carded Next Season
Football
3 years ago
By Conall Cahill
"Shane's Will To Win Was Phenomenal - That's Got Him To Where He Is Today"
Previous Next