Adrian has gone from free agent to Liverpool hero in just over a week after his controversial match-winning penalty save in the Super Cup shoot-out against Chelsea.

Having ended his stay with West Ham when his contract expired at the end of last season, the 32-year-old finally found a new home last Monday as he headed to Anfield as replacement for departing back-up Simon Mignolet.

What already looked a great move swiftly became a dream switch for Adrian, who was thrust into the spotlight on Friday following Alisson Becker’s first-half injury in the Premier League opener against Norwich.

The Brazil No.1’s calf complaint led to the Spaniard’s first Liverpool start on Wednesday, when several fine stops threatened to be overshadowed by the fact he brought down Tammy Abraham for a penalty that Jorginho scored to leave it at 2-2 after extra-time.

But Adrian made amends in the resulting penalties as he denied substitute Abraham to secure a 5-4 shoot-out victory and more continental success for Liverpool in Istanbul.

“I was waiting to sign for a club, like a few months after the end of the season,” the Reds goalkeeper said after winning the Super Cup.

“So, I didn’t know in that moment that Liverpool would come to me and call me saying ‘Adrian, come on, come to us because Mignolet has an offer’ and they let him go. 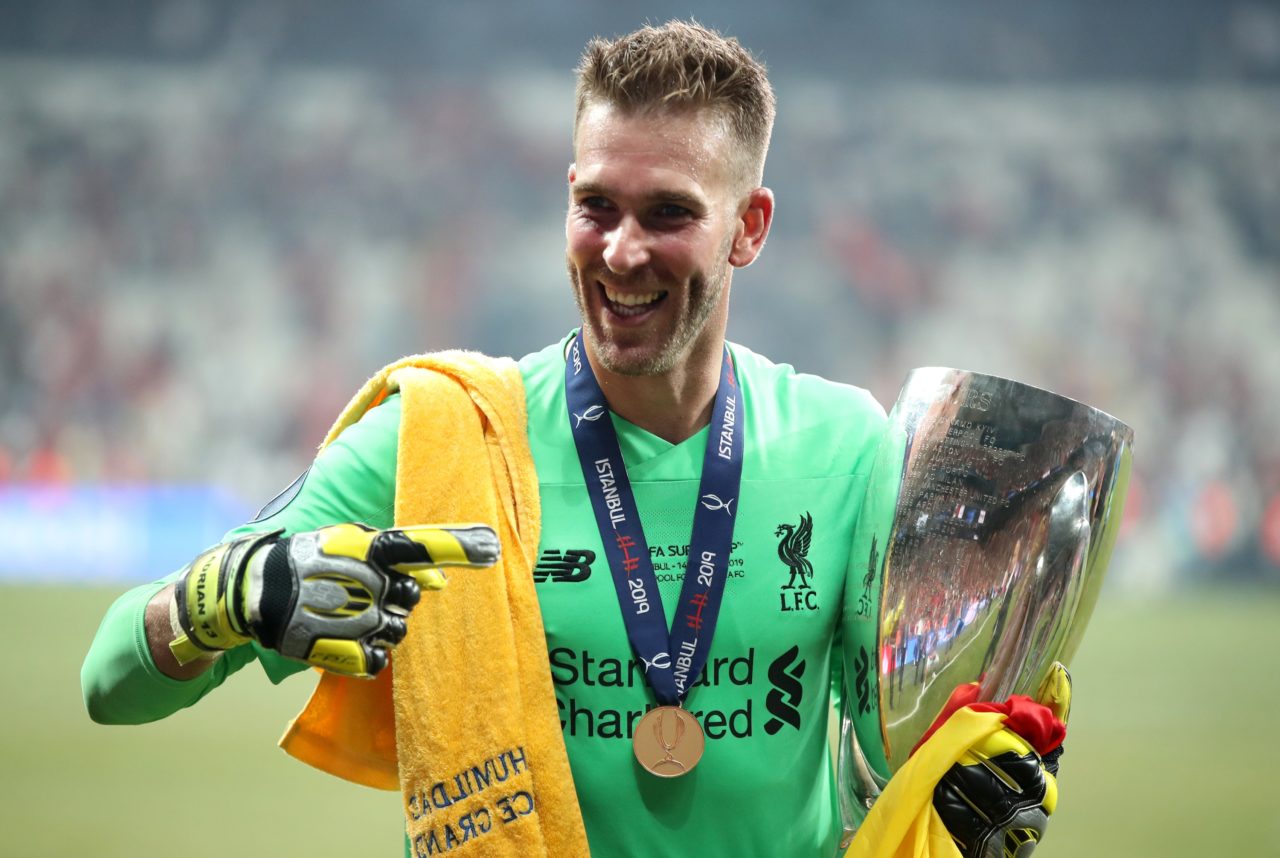 “And obviously it was a bit hard summer for me, a different one, because I didn’t know when I was going to a start with a team or another team, the Spanish league or not.

“But, at the end of the day, it was a great decision to come here, to give that title, the first one to Liverpool.

“Obviously everything is going so quick. I made my debut on Friday because Ali got an injury, (then) the first starting 11 today. What a win, what a win on penalties.”

Adrian’s joy was as palpable as it was understandable after lifting the Super Cup at Besiktas Park, where there was some debate about his match-winning stop.

Pictures showed that the Liverpool goalkeeper had both feet off his line before saving Abraham’s spot-kick, leading to widespread debate online.

“Do you know, it is really difficult to be on the line because we need a step forward to push,” Adrian said about the winning save.

“But, in the end, we need to wait until he strikes.

“I knew his strong side was my left, so I tried to go there and save with my right foot.”

Adrian was subjected to two sharp whistles from manager Jurgen Klopp as he gave that answer, with the irked German shouting “Adrian, come on – we play on Saturday!”

But it is hard blame the goalkeeper for being last on the Liverpool bus after his instrumental – and unlikely – role in Liverpool’s Super Cup success.

“This is great,” he said earlier in the interview.

To get a title is magnificent – and to win in this way, obviously is more than double happy.

I am really proud for all the team-mates, for the fans that came to support us tonight.

And also for myself because I (had an) easy debut at Anfield like I did on Friday because Ali got an injury.

We need to be ready for everything, so I came to show that Adrian is at a great level and tonight was a great moment, saving that penalty.

Klopp was full of praise for Adrian after the match, even channelling his inner Rocky Balboa in the pitchside interview.

The Liverpool boss later joked that he could have done with the Spaniard for the Community Shield, which Manchester City won on penalties earlier this month.

Asked where he was during that match, Adrian said: “To be fair, I was in Seville training by myself with a goalkeeper trainer around my city.

“It was a difficult because I was without a team, waiting to sign for a club.

“I received a call from Liverpool and obviously it was the best decision I took to come here."

Football
4 years ago
By Barry Arnold
Watch: West Ham Goalkeeper Sent Off After Going Up For Corner And Almost Killing Jamie Vardy
Previous Next