After The Fall Of John Delaney: An Interview With Mark Tighe

Pretty much everyone who works in Irish sports media has a John Delaney story. Mine took place on the evening of March 16, 2019, just across the road from the Four Courts. I was having dinner with a friend at the Legal Eagle restaurant. It was a wet and cold Bank Holiday Saturday evening. Ireland had been blitzed by Wales in the Six Nations earlier that day. The restaurant was full. Before 10:00pm, John Delaney entered the Legal Eagle flanked by his representatives, including his solicitor Paddy Goodwin. It was clear he was not there for the chateaubriand.

Delaney paced the restaurant, his phone to his ear. He looked ashen. He’d just endured the biggest defeat of his professional life. At 10.05pm, journalist Mark Tighe tweeted that a judge had dismissed Delaney’s efforts to injunct a story he hoped to publish in the next day's Sunday Times about a €100,000 loan that the then FAI CEO had made to the FAI in 2017.

The ruling of Judge Anthony Barr, given at a hastily-assembled High Court proceeding that Saturday evening, hours before the Sunday Times went to print, triggered a staggering series of disclosures and revelations that ended Delaney’s reign over Irish football and brought the Football Association of Ireland to the brink of insolvency. I often wonder if Delaney could sense what was coming as he paced the Legal Eagle. He had worked tirelessly and ruthlessly for fifteen years to consolidate power. He had developed an aura of invincibility. But he also knew what lurked in the FAI accounts ledger.

On the surface, Champagne Football by Mark Tighe and Paul Rowan is a story that’s well-known to all of us in the Football Family. Yet the level of detail that Tighe and Rowan have unearthed here is hair-raising. What emerges is a tale of corporate mismanagement on the most epically Irish scale. Readers get a sense of what it was like to work with and under Delaney and it's the stories of former Ireland international Ruth Fahy and Ireland Homeless World Cup team organiser Sean Kavanagh that are the most infuriating.

Champagne Football was published last week. It’s been an enormous success and a second printing has already been ordered. The breathless chapters that detail Delaney’s fall feel ripe for cinema and there have already been enquiries into the book’s theatrical rights.

Balls.ie spoke with Mark Tighe this week about the defining book on modern Irish football. 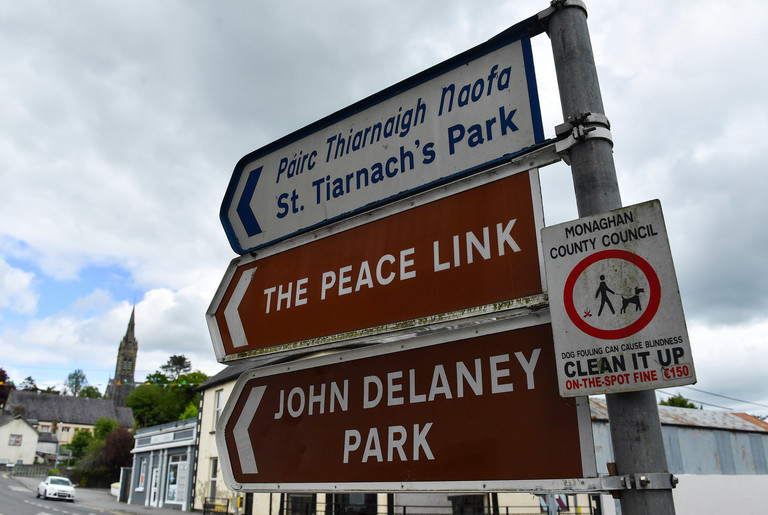 DM: Chapter 11 of the book tells the story of the now-famous March 16 High Court session. Can you talk about what was going through your head just before the judgement was announced?

MT: We were very concerned when Judge Barr came back. I thought the hearing had gone well, it had been hard-fought. Our senior counsel [Tom Hogan, who’d been drafted into service that afternoon to argue the case while shopping with his children] had been amazing. Still, our solicitor and barrister were a bit nervous, pessimistic actually, about the hearing and John was stalking up and down the courtroom, with his phone to his ear. We were using Slack and I was letting them know back at the office that our lawyers were very concerned that we would lose so they were preparing draft stories like ‘Businessman wins injunction against Sunday Times’. We weren’t even sure what we would be able to do. It was effectively a superinjunction. He wanted the whole hearing named in camera, which meant we couldn't name him.

I always remember when Hugh [Hannigan, a solicitor who represented Tighe's newspaper on the case] said 'if we lose might just settle on the night because we don't want to get sucked into a family law case in the Circuit Court next Tuesday.'

I saw this story as the first chink in FAI’s armour and the façade Delaney had erected around the finances. We weren’t quite sure what we had. I’ve been open about that. But I thought 'Jeez, if this got sucked into the family courts and we have to settle tonight, it means that this guy is unimpeachable. That'll be us with our hands tied'. There'd be a reluctance to ever challenge him again. The stakes were massive.

DM: But then Judge Barr ruled in the favour of the Sunday Times. I imagine you could barely savour the moment because you had to file the story before deadline.

MT: It was like one of those old black and white movies where you see the journalists running into the phone booths. I was running out of the courtroom with my phone, calling out the quote from Judge Anthony Barr on the ‘significant public interest’ of what we were investigating. One unusual element of it was our story had basically been endorsed by the courts and the law. That we got our legal costs of around €20,000 was a huge victory, so there was a lot of elation. We were concerned if we’d lost we’d have to pay those costs ourselves as well as Delaney’s legal costs which were likely between €20,000-30,000.

DM: John Delaney versus the media is one of the great tensions of Champagne Football. The verdict of John Delaney’s father of the media on the last page of the book (‘Scumbags’) said a lot. Delaney was never afraid to threaten media organisations with legal action (as Balls.ie found out during the 'Joe McDonnell' saga of 2014). Can you talk about Delaney's relationship with media and their legal confrontations over the years?

He’d had a number of victories. He’d gotten a lot of money from various newspapers, you know, over €260,000 from articles over the coverage of the Rio Olympic Games.  That proved hugely damaging for the media attempts to call him into question. Once a news organisation pays out to someone, and there’s huge legal costs involved on top of the settlement, it has a chilling effect. It doesn’t encourage the journalist to dig deeper, to get those hard-hitting stories.

He was using and abusing the legal system as a weapon to put fear into the media.

We saw that in some of the internal documents we were able to get out that Delaney would even admit openly to the board that he didn’t have good cases, like for instance against TheJournal.ie, but he was keeping the case alive 'so they don’t write anything about us'.

Something that should have been a minor story but became a bigger story was the attempted cover-up around singing the pro-IRA song in the Bath pub. It could have been an embarrassing moment for him but Delaney made it much worse by denying to Balls.ie via the FAI press office that it had been him, and issuing legal threats to the Guardian and the Telegraph. The balls on the man to issue these legal threats over something that was 100% true. It’s jaw-dropping.

There were two sides to it, though. So much of the media helped build John Delaney and the John Delaney personae. 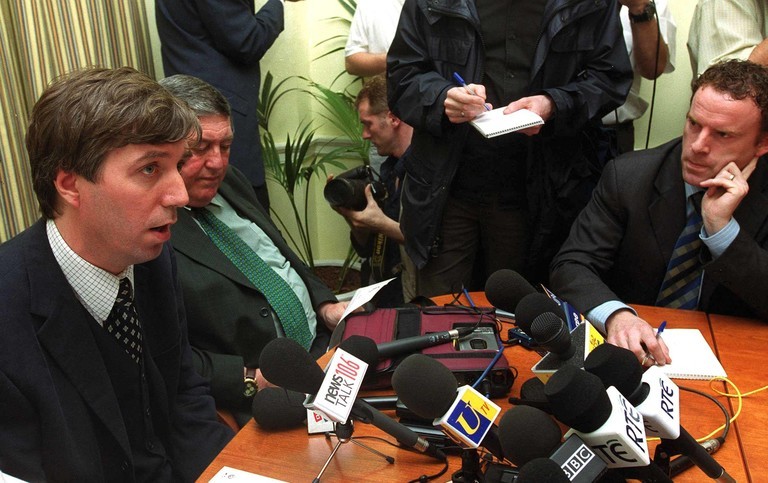 DM: What was John Delaney’s greatest skill as a football administrator?

MT: He was a politician. He was a naked politician, whatever the constituency was. He was a great help to many grassroots clubs. He might go along to a dinner dance and bring with him an international manager or a senior footballer. He’d do the Festivals of Football. One director said John going on a club visit was like ‘Jesus visiting Jerusalem’. People were all over him.

DM: One of the most infuriating elements of the book is the recounting of board minutes and seeing the support of Delaney’s yes men, many of them in their 70s. One thing the FAI under Delaney could never be accused of is ageism.

This is the extraordinary thing. Des Casey [the only other Irishman to sit on UEFA’s Executive Committee] brought in these rules to ensure that UEFA didn’t allow people to stay on committees after the age of 70. John Delaney got rid of that reform to make sure his Praetorian guard could be allowed to serve on the board. 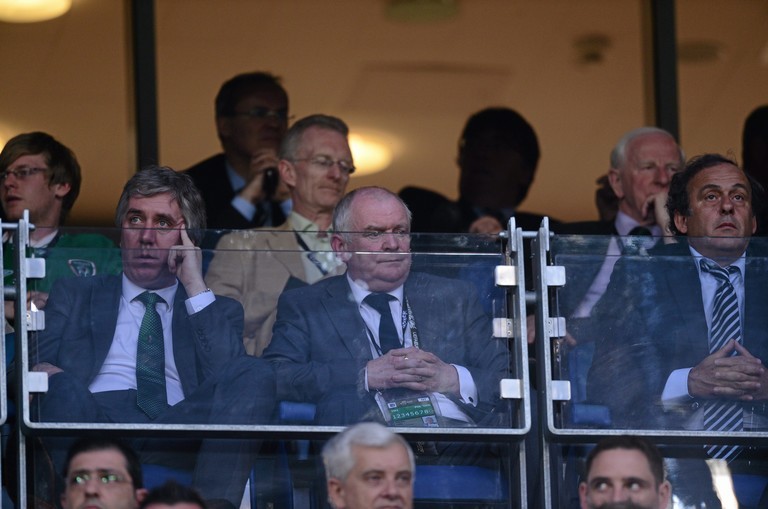 DM: Stepping back finally, what does this all tell us about the way power works in Ireland?

MT: We wanted to tell the story of this person’s rise to power and how he exercised it. It’s not just a football story. There’s so much of Irish life involved in this story. Football’s such a central part of Irish life. Football is the number one participation sport in Ireland. When Ireland were in Euro 2016, the number of people watching it far surpassed anything else on TV that year.

The Department of Sport has been kicked around. It's been with Transport. Now it's in with Culture. It’s almost seen as the Toy Department. It’s not been taken seriously enough. Various ministers going back to Fianna Fail through to heavy hitters like Pascal Donohue, Leo Varadkar, Shane Ross, and now Catherine Martin have held the role.

Under Delaney's time, I think a lot of ministers could look at themselves and ask 'could I have done more'? It wasn't until the shit hit the fan that ministers began to call Delaney into account and impose basic governance on the FAI. Things like terms limits on directors ... in fairness that was something that Shane Ross got the ball rolling on. There was a missed opportunity to be a driving force for reform. The warning signs were there, undoubtedly. 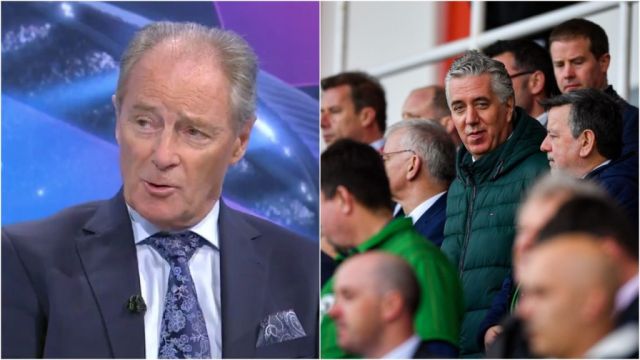 Football
1 year ago
By Michael McCarthy
A History Of Ireland's Inglorious Playoff Past
Football
1 year ago
By Donny Mahoney
Liam Gallagher Reveals Diego Maradona Once Threatened To Kill Oasis
Football
1 year ago
By Gary Connaughton
Jack Charlton's Pope Quip After World Cup Exit Has Become The Stuff Of Legends
Popular on Balls
Rugby
2 days ago
By Colman Stanley
Keith Earls Shares Story That Captures Andy Farrell's Decency
Football
2 days ago
By Eoin Harrington
Quiz: Name Every Player To Score In A Champions League Final
Football
1 day ago
By PJ Browne
'If He Continues With Performances And Goals Like That, Stephen Kenny Will See It'
Football
15 hours ago
By Gary Connaughton
Portsmouth Likely To Retain Gavin Bazunu This Month Despite Championship Interest