There is no doubting that Manchester United have a squad to compete with any other in the Premier League, but there remains a scepticism amongst many that they can genuinely challenge for league or Champions League honours.

That is largely down to the manager. Whereas the likes of Pep Guradiola, Jurgen Klopp, or Thomas Tuchel have proven track records at the top level, Ole Gunnar Solskjaer has yet to prove that he is capable of leading a team to the biggest prizes in the game.

As we enter further into his managerial tenure, he is looking increasingly unlikely to do so.

The Manchester United hierarchy seem to have no issue with keeping the Norwegian in charge, although many feel they will need to be ruthless if they are to return to their former glories. Despite his status as a club legend, they may need to move on from Solskjaer.

Speaking on Talksport, former Aston Villa striker Gabby Agbonlahor said that United need to follow Chelsea's example by replacing their manager with a top class alternative, as the London club did by sacking Frank Lampard and bringing in Thomas Tuchel last season:

If I was Manchester United now… Chelsea did it with Lampard….

They got rid of Lampard, which was hard as he’s a club legend, but they got rid of him, they brought in Tuchel and look what’s happened.

Manchester United need to now take Ole out of it, give him a job in the board somewhere, bring in Conte, he’ll get better out of these players.

Even his [Solskjaer] decision’s during the game, Maguire was limping for ten minutes before he brought him off, big managers will take players off if they notice they’re not moving right.

You need a goal in the last ten minutes of the game and you bring on [Edinson] Cavani who not really played much football this season.

You got [Jesse] Lingard there who just came on against West Ham and put it in the top corner, you got Sancho who you bought for £70million. I just think some of his decisions, Solskjaer, have been miles off it.

For me, Manchester United need to bite the bullet now. Bring in Conte who is out there, Zinedine Zidane is out there, bring in a manager who will get better out of these players.

There is little argument that the likes of Conte would be a major upgrade on Solskjaer, although you'd imagine things would have to go very wrong over the next couple of months in order for United to consider such a chance mid-season.

However, another campaign in which they fail to make any real progress on the pitch would surely spell the end of his time at the club. 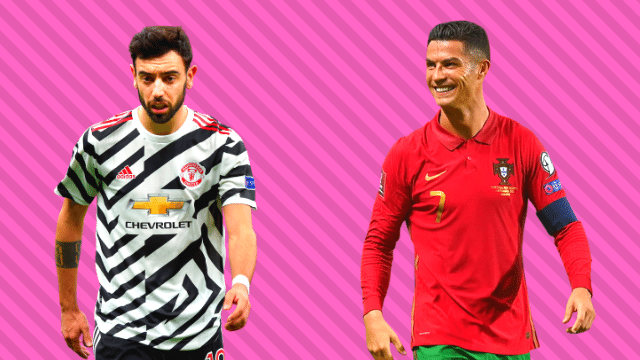