Training ground bust-ups happen all the time in professional football. When you have a squad of highly paid young men with big egos, it is only natural that tempers become frayed from time to time.

Most of the time those incidents remained behind closed doors. That wasn't the case yesterday after it emerged that Antonio Rudiger and Kepa Arrizabalaga had a scrap at Chelsea training in the aftermath of the team's 5-2 loss at home to West Brom.

It does not look good to see such reports emanating from a club in the aftermath of such a defeat, but those inside the game are unlikely to view the fight in itself as a big issue.

Speaking on talkSPORT, Gabriel Agbonlahor said that incidents such as this one are commonplace. He also revealed the reaction Roy Keane had to a bust-up at the Aston Villa training ground.

😡 “When players don’t start on the Saturday, they train on the Sunday & no one’s happy.”

👊 “I remember Bacuna & Richardson were swinging it out!”

😂 “Roy Keane said they needed boxing lessons after that!”

Gabby has his say on Rudiger’s fall out with Kepa at #CFC. pic.twitter.com/ChtUlvVCON

When players aren't in the starting line-up you normally train on the Sunday, and nobody is happy. Sometimes players are going to be pushing and shoving each other, it happens a lot...

I was sent in from training for a couple of bad tackles. You feel like the naughty kid sat outside the headmaster's office waiting for the gaffer to come in. You have to apologise.

Tempers do go into the air. I remember Leandro Bacuna and Kieran Richardson turned around in training on a Sunday and were swinging it out. I mean, nobody connected and it was 0-0.

After it finished Roy Keane, because he was assistant manager back then, was like 'you both need boxing lessons for starters, nobody connected, we call that a bore draw'.

It was hilarious and it happens all the time. After training it is forgotten. But to get that leaked, Chelsea must be thinking 'who is leaking things'.

Sounds about right. We have no doubt that Keane was involved in a training ground row or two over his own playing career.

SEE ALSO: A Ridiculous XI Of Players Available On Free Transfers This Summer 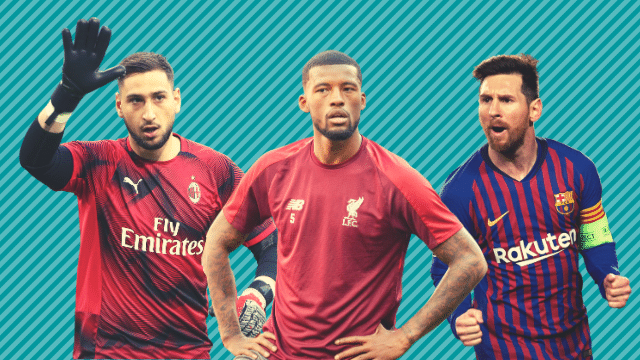