"They Said 'You're All Right. Find A New Club'" - Keena Keeping The Faith

In the aftermath of 13 minutes off the bench against Hibernian, Aidan Keena went to recently appointed Hearts manager Daniel Stendel for crunch talks about his future at the club.

The 20-year old Mullingar man was midway through his third season with the Scottish side. This is a crucial juncture in his career and Keena understands the need for exposure. So he sought assurances.

"I had been involved at Hearts, but not regularly," he tells Balls.ie.

"So then I pushed the gaffer for an answer; do I have a chance to get more involved or do I need to find a new club? I was hoping the answer would be 'you will get a chance'.

"But they said 'you’re all right. Find a new club.' The new manager came in and there are a lot of players being moved on. It was basically 'if you are not in the plans, you need to get out'." 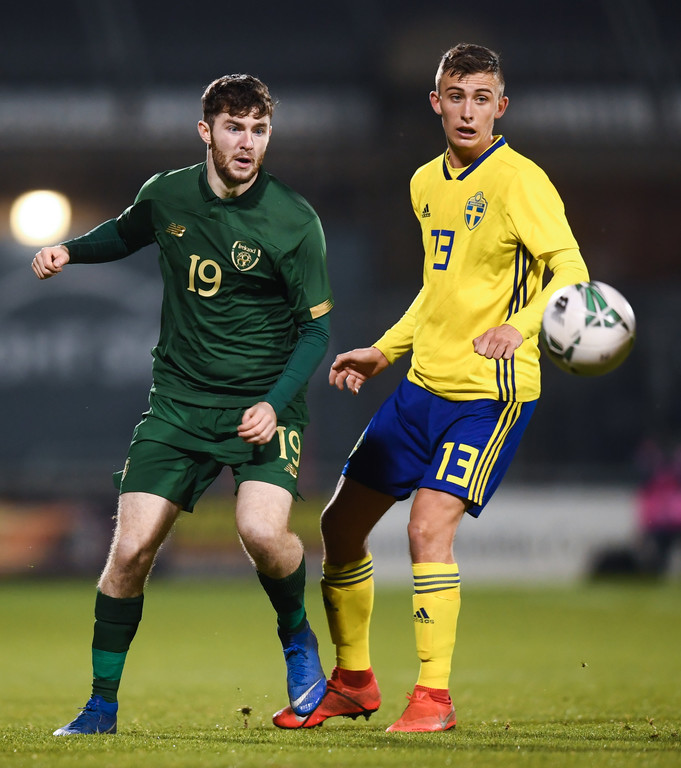 Keena is one of six Irishmen that started the 2019/20 campaign with Hearts. Those numbers have considerably dwindled recently. Glenn Whelan was released. So was Jon Daly, who had worked there as a coach. Keena was sold. Colin Doyle and Jake Mulraney were also reportedly told they can leave.

Football is a ruthless game and despite being in the infancy of his career, Keena knows that. The news that he was surplus to requirements came via a member of the coaching staff, not from the manager himself.

He also saw Stendel publicly denounce Whelan upon his departure, suggesting the 36-year old has no leadership qualities.

"A real leader in the centre of the pitch? Sorry - maybe I missed it," said the German.

A game of opinions. Keena's is in no way similar.

He was probably the best player at times in the team. When the gaffer came in he must have made his mind made up early. Look, fair enough, he likes young players or whatever. Glenn must not have been in the plan early on.

But I mean what he said about his leadership and that not being great, I would've been close to the young lads at Hearts and we all looked up to him. We all knew he had been there, done that. We’d learn from him. It was strange to hear him say that.

It would be discrepant to say Keena bears any grudges. The striker signed from the club after a strong debut season with St. Patrick's Athletic and views 2019 as a year filled with positives. It included a successful loan spell with Dunfermline and his Ireland U21 debut. 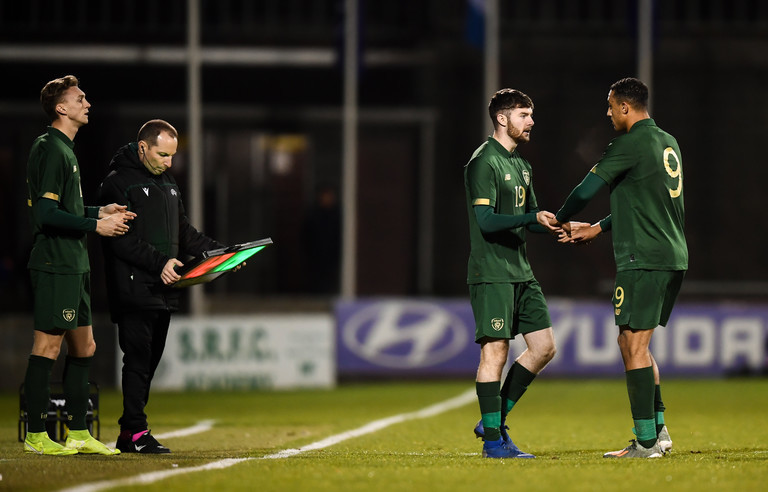 The youngster repeatedly stresses a strong desire for exposure. There is inevitable adversity in that but it all, fingers crossed, will lead to advancement.

"When you are at a bigger club like Hearts, there is a lot of games but you aren’t involved in many of them. You just want to get used to playing every week and preparing. Loans are good for that. It is a lot better than sitting around hoping for a game.

"A lot of players play U23 and come into a first-team and it doesn’t suit them. They hadn’t enough exposure.

"I played U20s in Scotland and you get what you can out of it. You were playing against a lot of younger fellas, 16, 17 years old and I'm 20. It is no good to you really.

"When you go out on loan, it is tougher physically and even mentally. There is more pressure. I like that. I find it better (in order) to get used to the game."

It helps that this is Keena's passion as well as his profession. When Hearts approached him, the timing was just right as he had recently finished his Leaving Cert. Yet his sole goal was always to play football.

"I don't really think about much else other than football," he says with a laugh. "I mean you are doing it every day. This is it. If you don't like it, I don’t think it would be for you. All I think about is football. I love it, thankfully. All I do when I am not playing is watch games, highlights or videos back."

Keena also played a part for Stephen Kenny's talented U21 side during their wins over Armenia and Sweden last November. That was a proud step for a man determined to progress. It meant he has represented his country at every level from U17 to U21.

I was lucky enough to get time in two games which was brilliant. It was a surprise. Glenn Whelan actually, I was chatting to him. Keith Andrews rang him and asked about me. Glenn must have gave a good recommendation. I got in the squad then.

The team's ability is an obvious positive but there are less appreciated ones as well. Consider the strikers, he says. Adam Idah from Cork. Aaron Connolly of Galway. Hailing from Dublin's inner city is Troy Parrott. Keena's hometown is Mullingar. A spread scarcely possible prior to this generation.

"It is great to see such a spread from around the country. I think it shows how good the coaching has got throughout the country rather than just in Dublin." 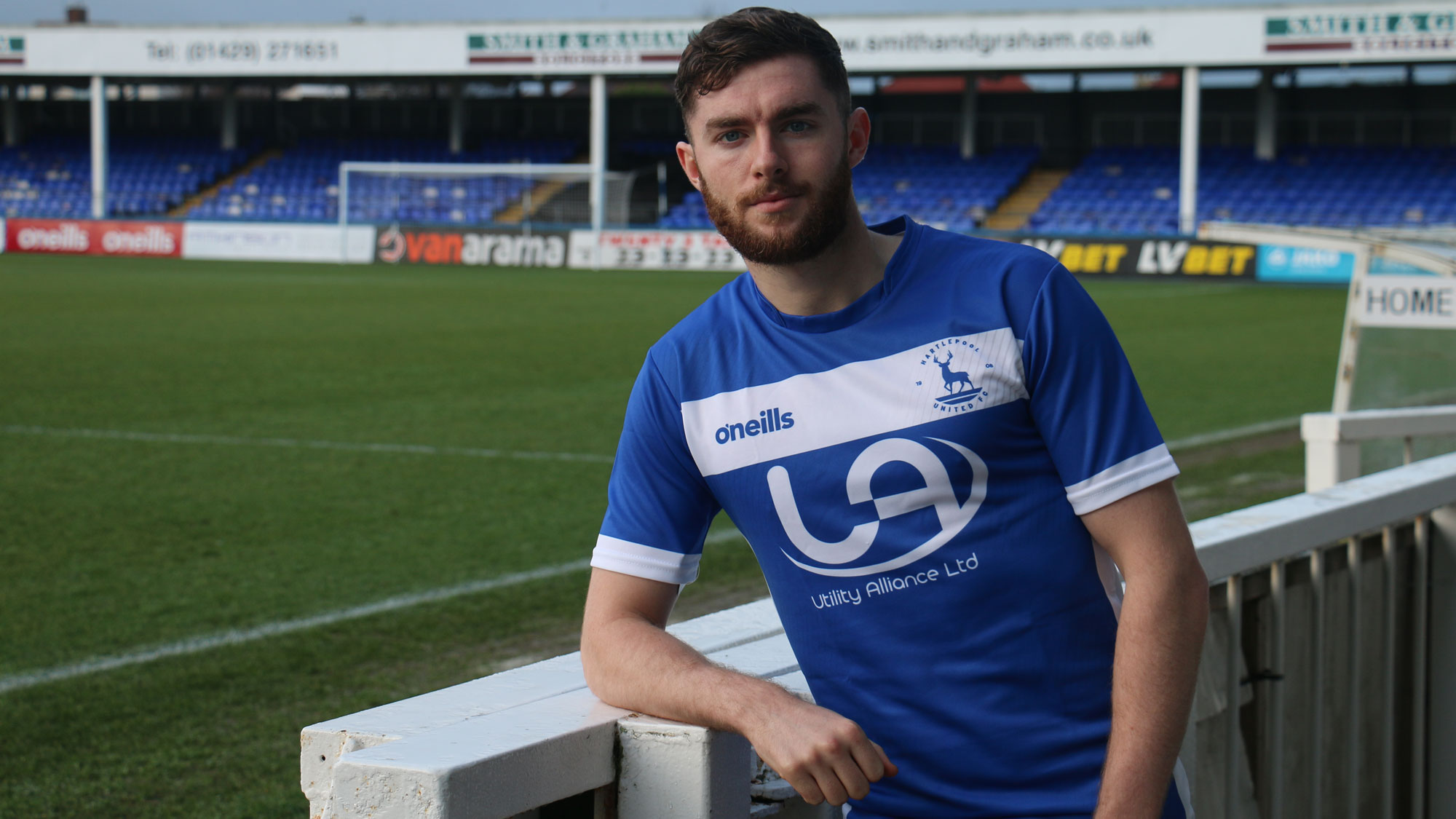 Now he is at Hartlepool. A move only made possible by his drive for senior game time at his previous club. Keena seems to live in a permanent state of durable determination. Taking it all in his stride, content in the knowledge he can get back to what he loves.

"Thankfully I went on loan while in Scotland. Hartlepool watched me for a while, they had clips to go off. So when they heard I was available they jumped."

"Moving here, I wasn’t like ‘fuck! I have to move to Hartlepool from Hearts'. Definitely not. I am really excited about getting out every week. Progress this club and myself.

"As soon as he told me I could leave it was kind of a relief after all the frustration. No more five or ten minutes here and there.

Football
3 months ago
By Maurice Brosnan
"They Said 'You're All Right. Find A New Club'" - Keena Keeping The Faith
Football
3 years ago
By PJ Browne
Watch: 18-Year-Old Mullingar Kid Scores Wonder Goal In Scotland
Previous Next

Football
3 months ago
By Maurice Brosnan
"They Said 'You're All Right. Find A New Club'" - Keena Keeping The Faith
Football
3 years ago
By PJ Browne
Watch: 18-Year-Old Mullingar Kid Scores Wonder Goal In Scotland
Popular on Balls
Premier League
15 hours ago
By Michael McCarthy
Quiz - Can You Name Manchester United's Top 3 Goalscorers From Each Premier League Season?
Football
15 hours ago
By Gary Connaughton
Paul Scholes Is Unconvinced By A Manchester United Move For Jadon Sancho
29