In the modern game, rarely do we see Irish footballers venture further than the British Isles in order to make a living. The road from Ireland to England and Scotland is well travelled and there are many reasons for the lack of Irish players in other nations.

Few teams from the continent directly scout players based in Ireland, making those deals unlikely. A move to Britain would also seemingly offer more certainty, with the language and money on offer (especially in England) making it seem like the obvious choice.

Of course, there are always exceptions. We have seen Irishmen venture to the USA and Australia fairly frequently, but that usually comes near the end of their careers. The likes of Cillian Sheridan, Padraig Amond, Graham Carey, and Jack Byrne have also ventured onto the continent over the past decade or so.

However, when it comes to big money moves involving Irishmen moving to the continent, one transfer stands out.

Aiden McGeady's move to Spartak Moscow in 2010 involved a record transfer fee, an Irish player moving to big European club while in his prime, and he spent a good portion of his career in Russia during a fascinating time for football in that country.

Aiden McGeady was 24-years old when Spartak Moscow made their move in August of 2010.

Up to that point, he had established himself as one of the brightest prospects to come out of Celtic in some time. He scored on his debut against Hearts as an 18-year old in 2004. That was also the year he made his senior international debut for Ireland, having decided to play for the nation where his paternal grandparents hailed from.

While a mix of injuries and competition for places meant McGeady was in and out of the team for his first couple of seasons in the Celtic first team, he really started to come into his own towards the end of the decade. 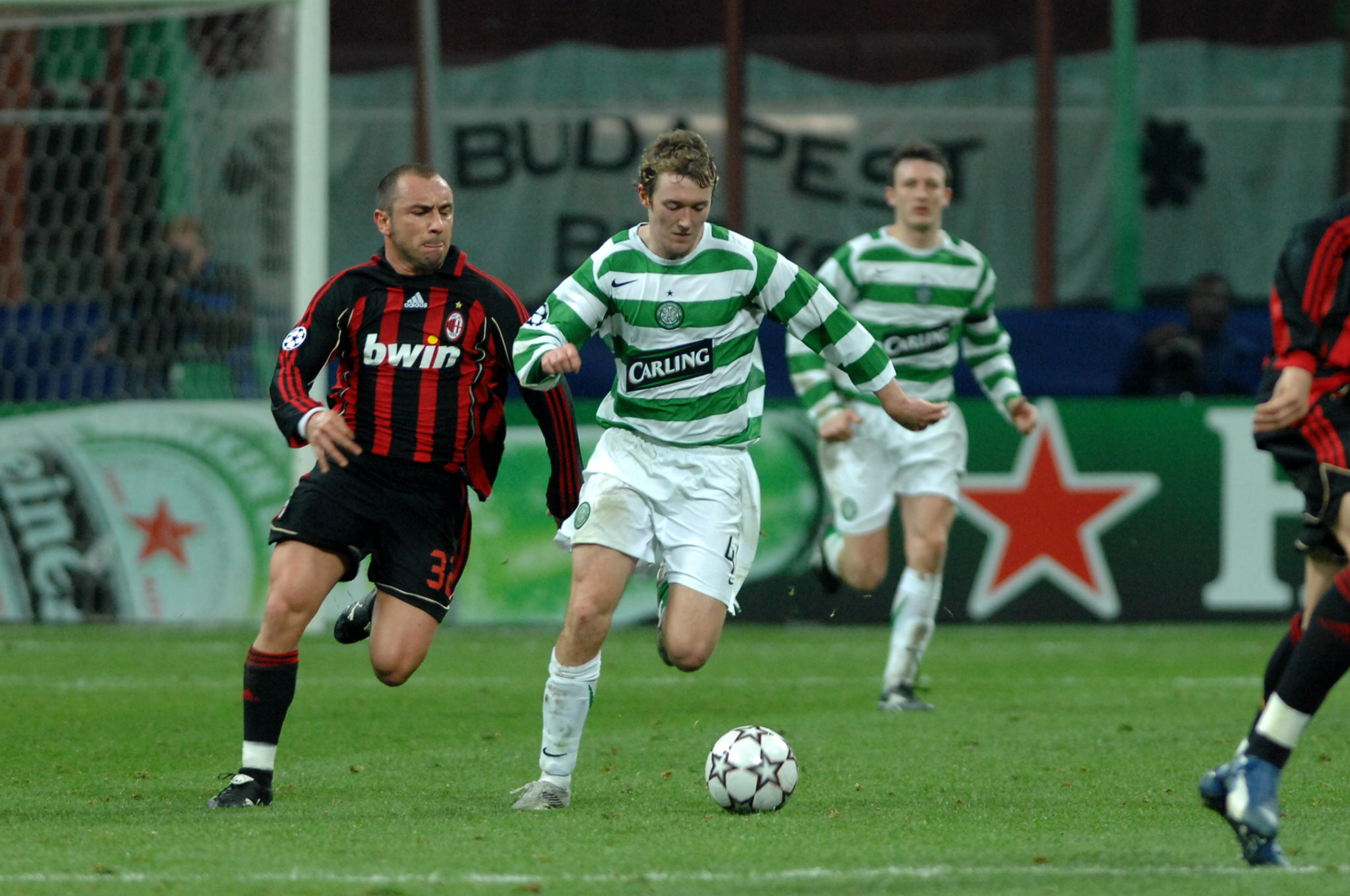 He appeared in 36 league games during the 07/08 season, notching seven goals and 17 assists as Celtic won a third consecutive league title. While those numbers dropped off the following season, another strong showing in 09/10 ensured the winger was likely to move on that summer.

Speaking to The Times a number of years later, McGeady revealed that he knew his time in Glasgow had run its course:

Back in 2010 I knew my time was up at Celtic. I had sort of plateaued there. I knew it, the club knew it, everyone knew it. I had to leave Celtic.

Going to Moscow was by no means my preference. I'd rather have gone to England.

As indicated here, not many would have guessed that the Ireland international would end up in Moscow. Then again, this was a strange time in Russian football.

This period was the beginning of an 'arms race' in the Russian Premier League. All the big clubs in the league were attempting to not only gain achieve domestic dominance, but also establish themselves amongst the European elite.

In 2011, Anzhi Makhachkala would sign the likes of Samuel Eto'o, Christopher Samba, and Yuri Zhirkov, with Willian coming in the following year. In 2012, Zenit St. Petersburg would spend a combined £72million on Hulk and Axel Witsel.

Although their spending did not quite reach those levels, Spartak Moscow started this trend. Having won nine league titles in ten years beginning in 1992, they were now in their ninth year without one. CSKA had become the dominant force in Moscow, a trend they attempted reverse with some sizeable spending on foreign players.

Aiden McGeady was the centrepiece of their spending that season, arriving for an SPL record fee of £9.5million. They also signed Nicolas Pareja, joining an established Brazilian contingent in the Russian capital.

For the player himself, the wages on offer were simply too good to turn down. It is reported he earned over £50,000 per-week while at the club.

For that sizeable investment, Spartak were getting a player who seemingly had not yet reached his full potential, but already had Champions League experience and had earned 27 international caps.

The move made sense, despite the geographical oddities.

Having arrived over halfway through the 2010 season, McGeady was nearly an ever-present over the coming months.

He made 11 league appearances (all starts), with Spartak losing only one of those games. The winger would also register two goals and three assists in that span as the club finished in fourth place (with the league season ending in December). He also started all six of their Champions League group games, with Spartak finishing third behind Chelsea and Marseille.

In his first full season with the club, McGeady really began to shine.

With the Russian Premier League running on a summer calendar for the final time, their first games of that campaign came in the Europa League knockout stages. McGeady scored against Basel in the last 32, before dispatching of Ajax in the next round. They would bow out to eventual winners Porto in the quarter finals.

In the league, he starred. McGeady posted stats of three goals and ten assists in 31 appearances, with Spartak finishing second and qualifying for the Champions League play-offs.

Despite this, things were not always easy for him.

As a 24-year old who had never lived outside of Scotland, McGeady later revealed he understandably struggled to adapt to a different way of life in Russia:

It is not like moving here, where everything is easier to do. Things are that little bit... probably not backwards, but a lot of it is like 20 years ago.

The first couple of years were great but after that the novelty wore off a little bit and it was a difficult place to live with a family, it's not the easiest place to bring up children.

It is a totally different way of life and the way they approach football over there is like night and day compared to here.

By May of 2012, McGeady was already making noises about potentially leaving the club. While they would reach the Champions League group stages later, they would win only one game in a group featuring Barcelona, Benfica, and Celtic. They lost both games against McGeady's former club.

Injuries derailed the winger's impact in that campaign, although he did still register five goals and four assists in 17 league appearances. Spartak spluttered to a fourth placed finish, something they actually did well to achieve after a disastrous start to the season.

That start really drove home the bizarre nature of Russian football, with the then manager allowing the club's ultras to come into the training ground and give the squad a 'pep talk' in order to help turns things around.

A few years ago, McGeady described this jarring experience.

The manager comes in and he goes 'Right lads, we've got a meeting today, the heads of the ultras are coming'. The Spartak fans were passionate, really, really good fans, but they'd proper ultras as well.

They'd fly everywhere as well, fly to Siberia, five hours on a flight for an away game, and they'd fill the away section. Unbelievable fans.

But I was kind of like 'What's all this about? Why are the heads of the ultras coming into the training ground?' He invited them all in...

6 or 7 guys come in, one, the main guy who was talking, the leader, he was just like an ordinary guy, but the rest of them were all skinheads, tattoos everywhere.

So he just starts speaking in quite a nice manner, he was angry, but he's saying things like 'We have to get better, we support you through everything, but we need more from you', but while he's talking there's this guy next to him just swearing in Russian, and pointing at people. All the Brazilians.

"The translator is translating for the Brazilians, and one of them, Welliton, we got beaten by Porto in a European quarter final, we lost 10-2 on aggregate, when Porto had Hulk, Falcao, they were unbelievable to be fair, beat us 5-1 away and then 5-1 at home, he was spotted out after the game.

"One of the guys says to him; 'If I ever see you in a nightclub again after a defeat like that, I'll take the face off you'. He said that to the striker. And I was like 'What is going on here?'

"So this guy kept shouting and swearing, then at the end of it they were kind of like 'Look lads, we just want you to do well, we support you through everything. Good luck next game, we'll be there, come over and clap us.'

"And then they walked out, and as they're walking out they've all got guns in the back of their jeans...

"How are they allowed in the training ground with guns? It was mental."

The Spartak dressing room was strange even at the best of times. A lot of their player didn't speak Russian (although McGeady tried his best), which meant team talks and tactics had to be translated to a number of different languages.

When the calendar flipped to 2013, McGeady's experience at the club began to worsen significantly. It began with a farcical six-game ban in May of that year after receiving a straight red card against Mordovia Saransk, flipping the bird at the home fans on his way out.

This came soon after he scored a cracking goal.

The player also reportedly trashed a dressing room after receiving his marching orders, something that unsurprisingly didn't go down well.

Having then entered the final year of his contract, he had his sight set on English football. The player admitted he was 'jealous' of his counterparts in the Premier League. In Moscow, the club felt his effort levels had dropped severely.

That resulted in becoming alienated from the first team, being sent to train with youth players. English clubs began to circle, and with less than six months remaining on his contract, Everton managed to negotiate a bargain £500,000 fee to sign the player in January of 2014.

Thus ended his time in Russia. Despite an up and down experience, McGeady does not regret the move:

In the end it was just a case of they were getting tired of me not re-signing so I ended up getting put in the youth team, which was a good experience.

But I can't have any complaints, it was a great life experience and a real eye-opener.

Perhaps more Irish players should be open to taking these types of risks... 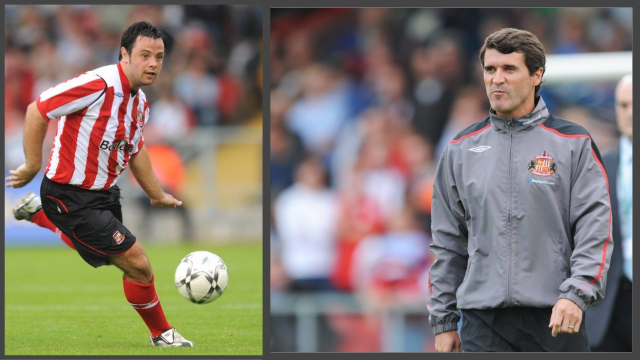