He's really not having the best of luck.

Stephen Kenny's time in charge of Ireland in only three camps old, but already it's been an era ravaged by injuries, Covid, and withdrawals. With several players already missing from the squad due to injury, and the somewhat surprising retirement of David McGoldrick, Kenny had already lost Aaron Connolly and Seamus Coleman (injury), Callum Robinson (Covid), and James McCarthy (family reasons) from the squad before last night's 3-0 defeat at Wembley.

John Egan was replaced in the first half of last night's game with a suspected concussion, and this morning, it's been confirmed that a second Covid case has been identified in the squad, with Alan Browne testing positive. Browne started in midfield for Ireland last night and had one of Kenny's sides very few chances int he game, striking straight at goalkeeper Dean Henderson.

The FAI released a statement this morning confirming that Browne has tested positive and was not considering a close contact to anyone else in the squad.

The Football Association of Ireland can confirm Ireland midfielder Alan Browne has tested positive for COVID-19. The player has been isolated from the group as per COVID-19 protocols, and the HSE and UEFA have been informed of this development. There are no close contacts of the player and the rest of the staff & squad tested negative ahead of Sunday's UEFA Nations League fixture against Wales in Cardiff.

It's curious that Browne played 90 minutes in last night's game, and shared a dressing room with the rest of the squad but is not considered a close contact to the rest of the squad. Hopefully there will be no more outbreaks before the players go back to their clubs on Thursday.

Browne also missed the previous game against Wales, as well as the defeat in Finland last month after being deemed a close contact to another Covid case in the squad.

It remains to be seen if Ireland will have 11 fit professional footballers ready to play for the game against Bulgaria in the Aviva Stadium on Wednesday night. 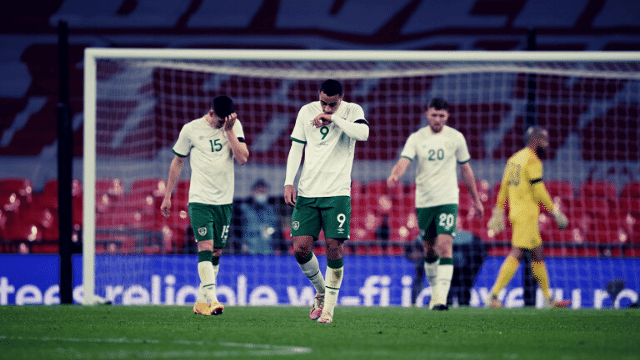