If things had gone slightly differently earlier this month, Alan Browne would be viewed as a hero by many Irish supporters.

The Cork native came off the bench in the Euro 2020 play-off against Slovakia, putting in an excellent performance. Unfortunately, he would also miss a couple of chances that could have won the game for Ireland. He also missed a penalty in the shootout.

Browne said after the game that he wouldn't dwell on what happened, but he was unable to play in Ireland's next game after being deemed a close contact of a positive Covid-19 test in the squad.

For any of those doubting Browne's ability in front of goal, they need only look at his performance for Preston yesterday. The 25-year old was the deciding factor in the game, scoring both goals in a 2-1 win over Huddersfield Town.

The first was a beautiful curling effort inside the box, a strike which got his side back on level terms in the contest.

📽️ Every angle of the goal that sparked the comeback yesterday! 🎯

What a finish from @Alan__Browne! 👌

His second came only a couple of minutes later.

This one was perhaps even more impressive, with Browne showing fantastic ingenuity to lift the ball over the goalkeeper with his weaker left foot at an awkward angle.

This is a beautiful finish from Alan Browne. He has two goals for Preston this afternoon 🙌pic.twitter.com/hBu4D4mhxw

Wearing the captain's armband, his match rating of 9.3/10 from Whoscored is the highest achieved by an Irish player this season.

It was a stellar performance from Browne, netting a brace despite being deployed as a right wingback.

He is an incredibly versatile player, but that has perhaps counted against him at times, especially at international level. He can play as a right back, a right winger, an attacking midfielder, or a more traditional central midfielder.

Yesterday was another example of how he can excel in any of those roles.

It's set to be a big season for the player. Not only will he be hoping to establish himself as a regular in the Ireland team, but his future at club level is also very much up in the air.

Browne has less than 12 months remaining on his current contract and has been linked with a move away from Deepdale. It is thought that a number of Premier League clubs are interested in him, something that should come as no surprised considering his current form.

A few more performances such as this one would only add to that list of admirers. 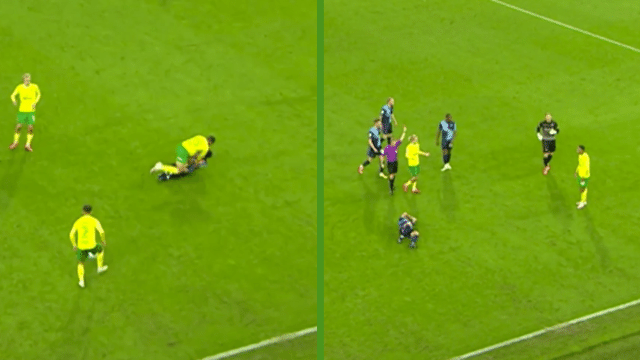