Alan Shearer named Manchester United as the greatest rival of his playing career ahead of the FA Cup final - and, almost more interestingly, revealed what had happened after he clashed with Roy Keane in a 2001 Premier League game.

The spat between Shearer and Keane on the sidelines of St. James's Park has become a famous moment in Premier League history, and the Newcastle United legend has revealed what happened in the tunnel after the game.

Shearer joked that he would have fancied his chances in a fight with Keane - and suggested the Irishman had run away from him.

Alan Shearer: 'Roy Keane didn't like me for some reason'

Alan Shearer and Roy Keane were two of the best players in their respective positions when they faced off for Newcastle and Manchester United in 2001. A 4-3 defeat for the Manchester side would be a flavour of things to come, as they were pipped to the title by Arsenal having claimed the previous three Premier League crowns.

Tempers flared and got the better of Roy Keane, who swiped out at Alan Shearer and was sent off after being held back by the officials. Speaking on the BBC ahead of the FA Cup final on Saturday, Shearer looked back on the famous incident - and said that the fight came about as a result of Keane's frustration.

Roy didn't like me for some reason, I don't know why. He was getting beaten that day, that's why.

We were winning the game and there was only a minute left.

I was waiting for him in the tunnel - he ran away!

They held us back in the tunnel.

Shearer also discussed the greatest rivalry he had experienced as a player. Without hesitation, he named Keane's Manchester United as his greatest rival, and emphasised how tough they were to beat when he was with Newcastle.

Shearer was influential for the Blackburn team which beat United to the 1995 Premier League title, and mentioned that as a massive moment in his career.

With a club, it would have to be Man United. When I went into Blackburn - for Blackburn to take a bite of Man United and beat them to the Premier League.

Of course, that carried when I went to Newcastle challenging for the title. I'm surprised you haven't mentioned already '99 when they beat us in the Cup final. So, yeah, Man United.

Shearer's comments about the 1999 final were a nod to Gary Lineker's running FA Cup joke. Despite playing in World Cups and European Championships, as well as winning the Premier League, Shearer never lifted the FA Cup during his career.

Alongside Shearer and Lineker in the studio was Micah Richards, who joked that he would not reveal where his FA Cup medal is in case Shearer was inclined to burgle it. 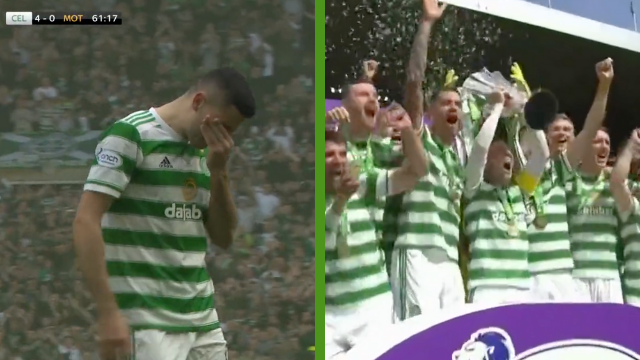