Steve Bruce was not well like by Newcastle fans during his time in charge of the team. They viewed him as the epitome of everything that was wrong with the club and its ownership, summing up their lack of ambition.

The supporters may look back in years to come and see that this was perhaps a bit harsh, but they were certainly pleased to see him leave the club a few weeks ago.

It was a predictable end for Bruce, who was never expected to be a genuine long-term option for the club especially after the recent takeover. It seemed like this would be the outcome right from the time he was appointed. Alan Shearer had previously warned him that this would be the case.

Speaking on Gary Neville's The Overlap, he revealed that he warned Steve Bruce not to take the Newcastle job back in 2019 when it was first offered to him.

I'm a good pal of Steve's, him and his family, and it hurt me a lot to see what they had to go through. Football is brutal as you know.

Steve is big enough and honest enough to know that when you're not getting results you're going to have to take the flack. You're going to get hammered whether you like it or not. When you go into that position as manager you have to accept that you're going to take that on the chin.

In terms of the last two years, what he had in terms of where they got to in a league position, I think they punched above their weight.

He took on an almost impossible situation because of what the fans wanted, what the owner was in terms of putting into the football club.

It was almost an impossible job for Steve to come in and follow Rafa [Benitez], because of what Rafa meant to the people here and how he communicated what he wanted.

Benitez and Bruce had a similar impact in terms of finishing position in the league and often style of football, but the supporters rallied behind the Spaniard in a way they never did for the former Manchester United captain.

Shearer believes this is largely down to the contrasting way the pair talked about Mike Ashley's ownership, with Benitez often publicly expressing his disappointment with the way the club was being run.

What Rafa was brilliant at was getting the fans onside by dropping little hints in the media about what is going on inside the football club, what he wanted to do but couldn't do.

Steve didn't do as well in that in getting his point across. He probably couldn't because he was the owner's appointment, he appreciated that and had to keep him onside by not saying anything against him.

I understand that, but I also know the problems he had in wanting to bring players in and not being able to do that.

The supporters will be hoping that there will be no such issues with the new ownership group, although they of course pose some deeply uncomfortable questions of their own. 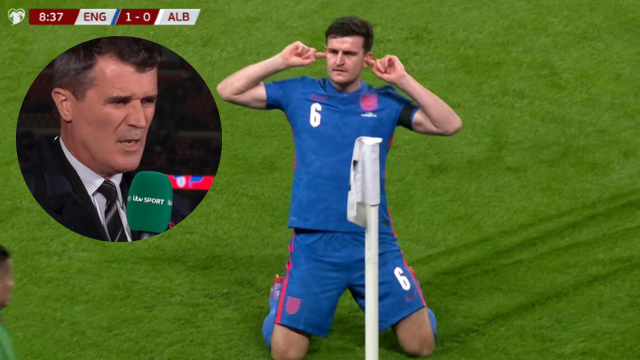 Football
1 month ago
By Gary Connaughton
Alan Shearer Went In On Ciaran Clark On Match Of The Day Last Night
Football
2 months ago
By Gary Connaughton
Alan Shearer Reveals Post-Match Roy Keane Confrontation After Infamous Red Card
Football
3 months ago
By Gary Connaughton
Alan Shearer & Club's Fans Already Falling Into Trap Of Newcastle's Saudi Takeover
Popular on Balls
Football
2 days ago
By Jonathan Byrne
Report: Festy Ebosele Attracting Interest From Bundesliga And Serie A
Football
9 hours ago
By PJ Browne
'If He Continues With Performances And Goals Like That, Stephen Kenny Will See It'
GAA
2 days ago
By PJ Browne
Army Gave Sue Ramsbottom No Time To Drown Sorrows After Laois All-Ireland Loss
Football
1 day ago
By Jonathan Byrne
Peter Crouch's Stories of Being David Ginola's Bootboy Are Comedy Gold