Alex Ferguson has made a touching gesture to a terminally ill Manchester United supporter, visiting the 32-year old cancer sufferer in hospital.

The former Manchester United manager was visiting Wythenshawe Hospital when he heard about Damien Nixon, who has only been given only weeks to live after cancer spread to his bones, liver and lymph-nodes. He insisted on seeing him.

Damien's wife Samantha shared pictures of Ferguson with her husband (who happened to be wearing a Manchester United jersey at the time) on Facebook, saying the visit from the Scot has helped him 'find peace' during his final days:

They just waited outside his room, for about an hour and a half. When he came out, they just told him the situation.

Fergie said, 'where is he?' and he came straight away to Damien's room.

Damien's reaction was just unbelievable. His brother had brought him a United top from 1999, the year they won the Treble, that morning. It's just such a coincidence that he put it on that morning.

He actually said he's at peace now. He would describe him as his hero. He was dead upset when he was leaving. He looks up to him. 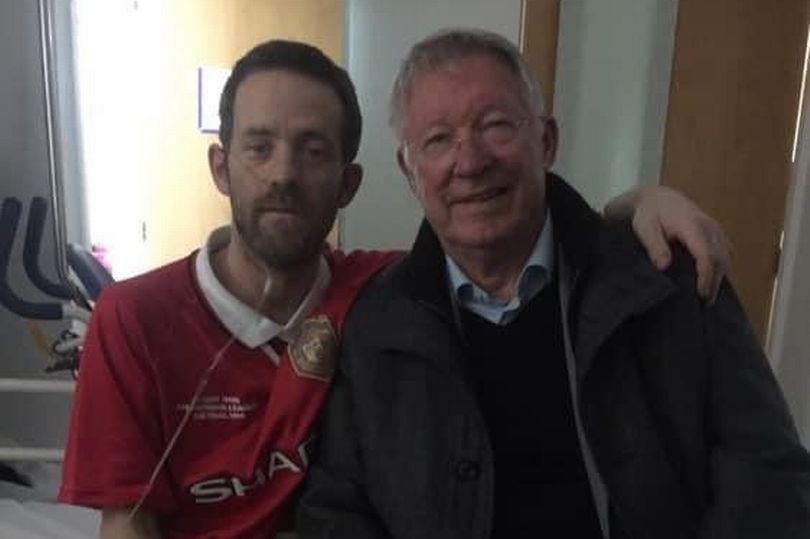 Ferguson has gone through a health scare of his own in recent times, suffering a brain haemorrhage in 2018. He has recovered well since undergoing surgery in May of that year and has been a regular at Old Trafford this season.

SEE ALSO: Quiz: Name The 9 Players Who Have Won The Premier League With More Than One Club