Watch: Alexander-Arnold Has Horror Show As Liverpool Lose In Madrid

Trent Alexander-Arnold was one of the major talking points on Monday Night Football this week, with Gary Neville and Jamie Carragher disagreeing on whether or not he should be included in Gareth Southgate's England squad for the Euros this summer. The Liverpool right-back did himself no favours in Tuesday night's Champions League quarter-final against Real Madrid, as his mistake directly led to Madrid's second goal in a 3-1 defeat.

Liverpool were not exactly in top form during the first half, with both Richie Sadlier and Damien Duff slating the team's performance on RTÉ at half-time. It was, however, a moment of Madrid brilliance that led to their first goal. Sadlier argued that Alexander-Arnold was out of position, but the brilliance of Toni Kroos' pass was the key factor that led to a stunning opener for Vinicius Jr.

There was no doubt who was to blame for Real's second goal, though. With a seemingly routine through ball to deal with, Alexander-Arnold inexplicably headed the ball straight into the path of Marco Asensio, who took his time before chipping Alisson in goal and finishing. It was a moment to forget for the right-back and left Liverpool chasing the game at the start of the second-half.

A disaster for Liverpool!

Liverpool did respond well, with Mohamed Salah scoring just five minutes into the second-half, but Vinicius got himself on the scoresheet for a second time and put Real firmly in control of the tie with 25 minutes to go. Alisson could have done a lot better in goal, only adding to the series of errors in the Liverpool defence.

It was a night to forget for Liverpool and, in particular, their defence. Valid excuses have been made for their poor defensive form with Virgil van Dijk, Joe Gomez and Joel Matip all still out injured, but it was the experienced heads of Alexander-Arnold and Alisson who let themselves down in the first-leg in Madrid.

Alexander-Arnold did improve going forward in the second-half and was generally solid at the back after the break, but it was an inopportune time for such a high-profile error, with so many question marks surrounding his place in this summer's England squad.

The away goal from Salah gives Liverpool something to take back to Anfield, but their performance did little to suggest a comeback should be expected next week. They do have a knack for European comebacks, though, so we can't rule anything out - it's set to be a fascinating second-leg next Wednesday. 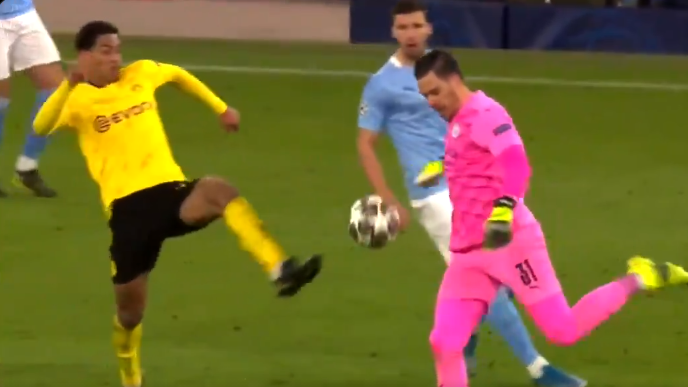