Alisson Becker's Post-Match Interview Was Everything That's Great About Football

No matter how many times you watch the replay of that Alisson Becker goal, you still don't expect him to get his head to it.

It was pure drama and will go down as the most memorable moment of a rather forgettable season for Liverpool. It has also brought them a step closer to qualify for next season's Champions League.

No matter what team you support, it's hard not appreciate a goal such as that one.

Here it is... Alisson's remarkable header deep into injury-time that handed Liverpool an incredible 2-1 victory over West Brom! 🇧🇷 ⚽

Alisson was in tears after the final whistle and it's not hard to understand why. He lost tragically lost his father earlier this year and was unable to attend the funeral back in Brazil. He has not seen his family since.

It is often easy to overlook the fact that footballers are people who go through losses just like the rest of us, but the player's interview after the game was a timely reminder.

He spoke so brilliantly about his father's loss has affected him, going on to thank a number of people and clubs in the Premier League community for their help in getting him through this difficult period.

A fantastic interview with Alisson, who dedicates his sensational last-minute goal to his father who passed away earlier this year 🙌 pic.twitter.com/4w2HsbaO16

I've been emotional for these last few months with everything that happened with my family.

Football is my life, I've played since I remember. As a human being, with my father I hope he was here to see it. I'm sure he has seen it with God at his side and is celebrating.

For my family, for the boys, what a fight...

I've been away from interviews for a long time because when I talk about it I get emotional.

I want to thank all of you, all the Premier League, all the players I received letters from, managers and teams. For example, Everton and Ancelotti, Manchester City, Chelsea. I don't want to be unfair with the others that I don't remember but I just want to say thank you.

If it wasn't for you, I could never get through this. I am away from my family since the thing happened. My wife has been amazing with me and my kids give me energy.

This is why we feel the love from God. This is how God loves us, through people.

A fitting interview after an incredible moment. 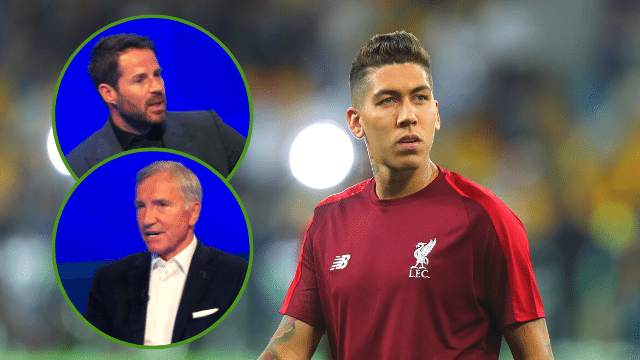