Manchester City's All Or Nothing documentary was released on Amazon Prime today. One of the more revealing scenes of the fly-on-the-wall doc was the Manchester City dressing room in the aftermath of their derby defeat to Manchester United last season. 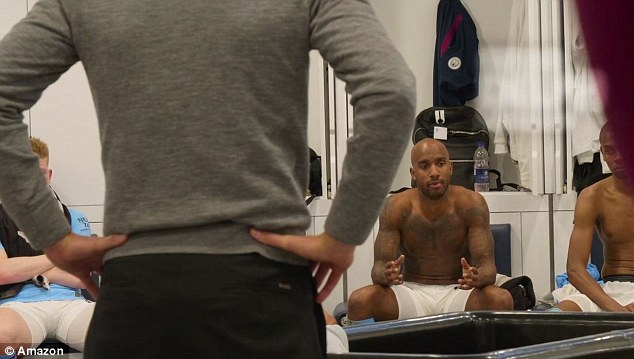 Pep Guardiola's men lost 3-2 on the day, Paul Pogba scoring two goals as Jose Mourinho's men prevailed at the Etihad, and this transcript from the programme shows just how frustrated Fabian Delph following the loss:

Vincent Kompany: If I wanna see this team go to the next level, and do even more, every single detail we need to be honest with ourselves and be hard with ourselves.

Yara Toure: I think the point of what I'm saying right now is that it's true because in the first half we were there, but in the second half they took us physically. Because, I think we have to understand sometimes, because we're fatigued and that's the time we need to regroup.

Delph: Fucking tired? It's simple, it's straightforward. We stopped fucking running in the second-half.

Guardiola: Football is not flowers, a good holiday and say everything is easy. Football is so complicated at the high level guys. We tried to build something good and you did do good. You have to make the last level guys, everyone together. That is the moment the real man's, the real football players, the real professionals step up and say 'I'm here'.

An intriguing insight into the dressing room hierarchy at City, and who knew that Fabian Delph of all the players would be the most vocal, and indeed profane. Also interesting to note that Guardiola was the peacemaker in the scene, though he did give short shrift to Delph's expletive-laden excuse that his team stopped running in the second half.

All Or Nothing Manchester City Pep Guardiola