6 Iconic Mourinho Moments From Episodes 2 and 3 Of All or Nothing: Tottenham Hotspur

We're very excited about today's release of All or Nothing: Tottenham Hotspur and couldn't wait to get a look behind the scenes at what was a very chaotic season in North London.

After the opening episode gave us an insight into how The Special One rates Sky's coverage of his arrival, Dele Alli's attitude to training, and Davinson Sanchez's balls, it's time to look at the next two episodes.

During his first press conference as Spurs manager, Mourinho was briefed by the club's PR team about some of the questions to expect from the media.

Aside from Christian Eriksen's future, the uncertainty over Jan Vertonghen and Toby Alderweireld's contracts, and the chances of Spurs finishing in the top four, Mourinho was also told to expect questions on his perceived loyalty to Chelsea.

At this point, it was put to Mourinho that some Chelsea fans might think his decision to manage their London rivals is a betrayal of sorts.

"The betrayal is that I won three leagues for them and they sack me," said Mourinho.

While in his office, Mourinho made it known to the cameras that he previously tried to sign Eric Dier.

While speaking in Portuguese with the former Sporting Lisbon player, Mourinho asks the England international why he fell out of favour with Mauricio Pochettino?

"I don't know. It was always tricky with injuries. The gaffer (Pochettino), he wants you to do recovery for a long time. With anyone, he is like that. At the time, I went to talk to him and said, 'Gaffer, either I'm part of your plans or not, and if not, I'll have to go away, go somewhere else," said Dier.

Later on, Dier shares an anecdote about a moment when Mourinho made him cry as a child.

"My biggest Jose Mourinho memory is that I was a Manchester United fan as a kid and when Porto knocked Man Utd out of the Champions League, he made me cry," he said.

However, the relationship between the two gets strained when Dier is hauled off after 30 minutes with Spurs 2-0 down in their Champions League tie against Olympiacos.

"It's not nice being subbed after 30 minutes, it's the first time that this has happened to me. Nothing really else matters, you know, apart from playing. So, if you can't play then personally, I'm just not happy," he said.

The carrot and stick approach, eh? 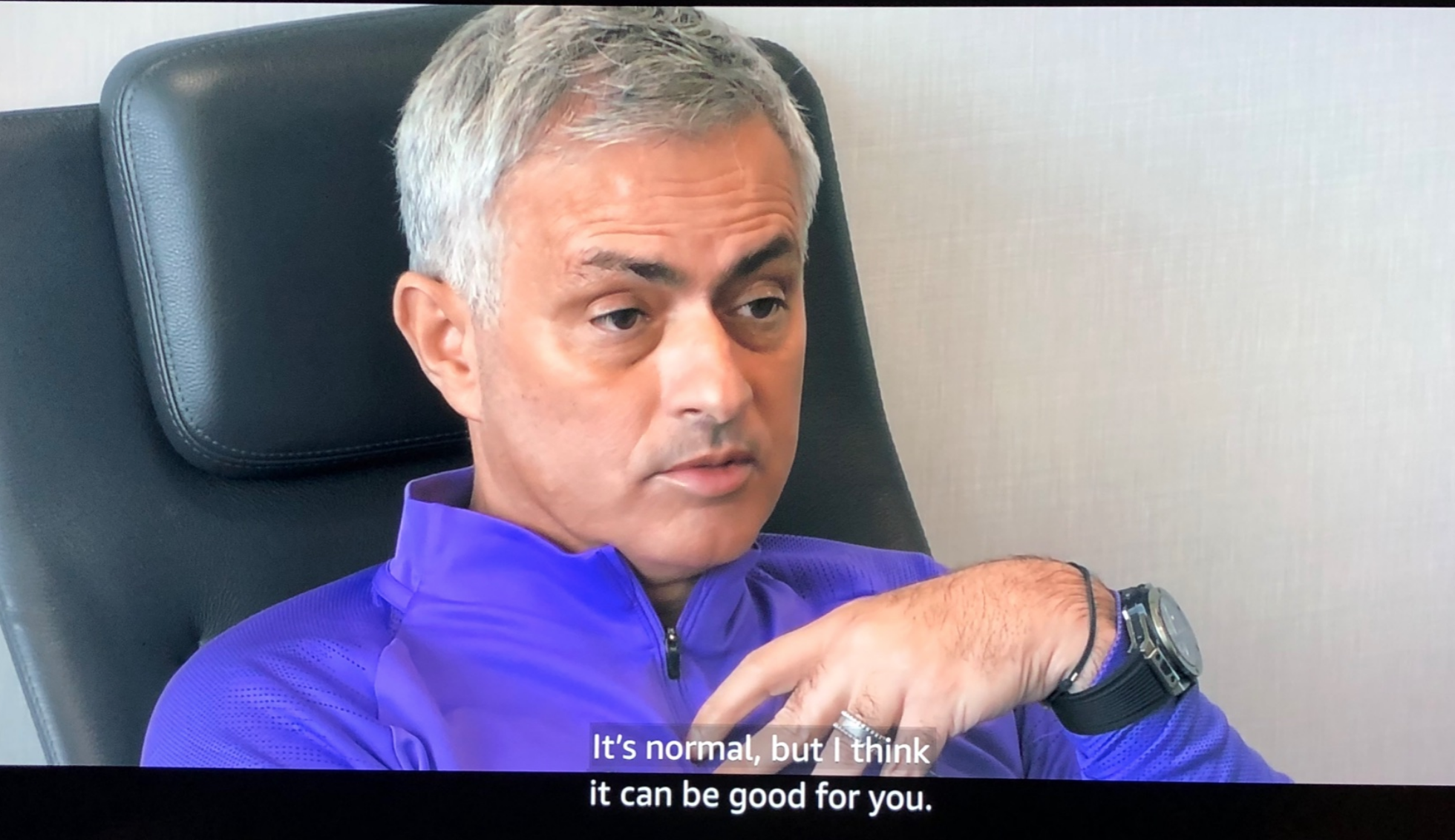 The love/hate with Serge Aurier

Early in an episode, we see Aurier accidentally knock over a protein shake with it spilling on Mourinho's idle shoes. it's no big deal.

However, there is a big deal with Mourinho's pre-match speech before their Champions League group game with Olympiacos.

Oddly, Mourinho turns to right-back Serge Aurier while he is addressing the team in the dressing room about defending set-pieces.

“Serge, you are going to be one of the markers,” says the manager. “I am afraid of you as a marker, because you are capable of doing a shit penalty with VAR. So I am telling already that I am afraid of you."

However, during the documentary, the Frenchman comes across as a genuinely decent guy that takes an active role in the community and helps his teammates throughout.

While the relationship between Mourinho and Alli is far from frosty, you get the impression that Mourinho definitely wants more from the attacker. After gently taunting the England midfielder that he's a lazy trainer in the first episode of All or Nothing: Tottenham Hotspur, Mourinho gets candid with Alli about his career.

At this point, Alli acknowledges Mourinho's input and states that it's something he's aware of and that he struggled for form in the 2018/19 season. Mourinho adds:

"Why you've got these ups and downs. I don't know. I don't know if it's your lifestyle. Maybe in one period, you're an amazing professional and in the next, you're a party boy. I don't know, I've no idea. Only you can know that. I think one day you'll regret it if you don't reach what you can reach. I'm not expecting you to be the man of the match in every game, I'm not expecting you to score goals in every game. I want to say that I think you'll regret it if you don't think about what I said." 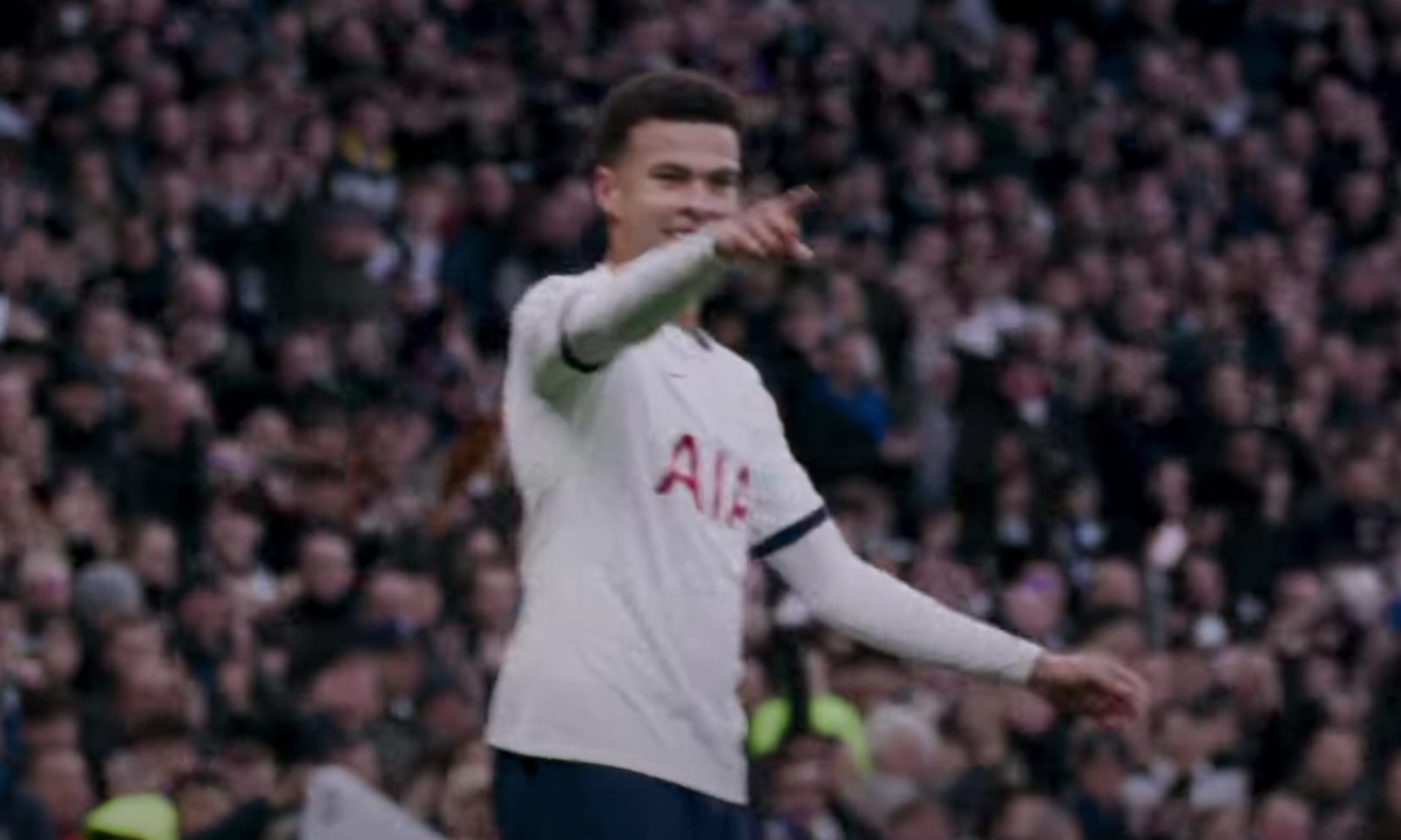 The scourge of Ireland features quite heavily in the opening three episodes of All or Nothing: Tottenham Hotspur.

After announcing his intention to leave the club after the 2018/19 season, Mourinho and Daniel Levy openly discuss what's best for the team and the wantaway Dane.

"When the team needs the ball, he (Eriksen) moves the ball better than anyone else and the team is a little more fluid. One thing is the team dynamic, and another thing is what pushes and motivates him. That extra desire is missing, he's missing that. A player with six months left on his contract, he gets an injury then it's a risk.," said Mourinho.

At this point, Levy interjects and says: "His agent controls everything and there has been no dialogue between the club and his agent. Is there no way to turn him?"

Mourinho would extend the olive branch to the former Ajax man as we see him set up the winner vs Wolves from a corner. However, as we all know, he'd join Inter Milan a few months later. 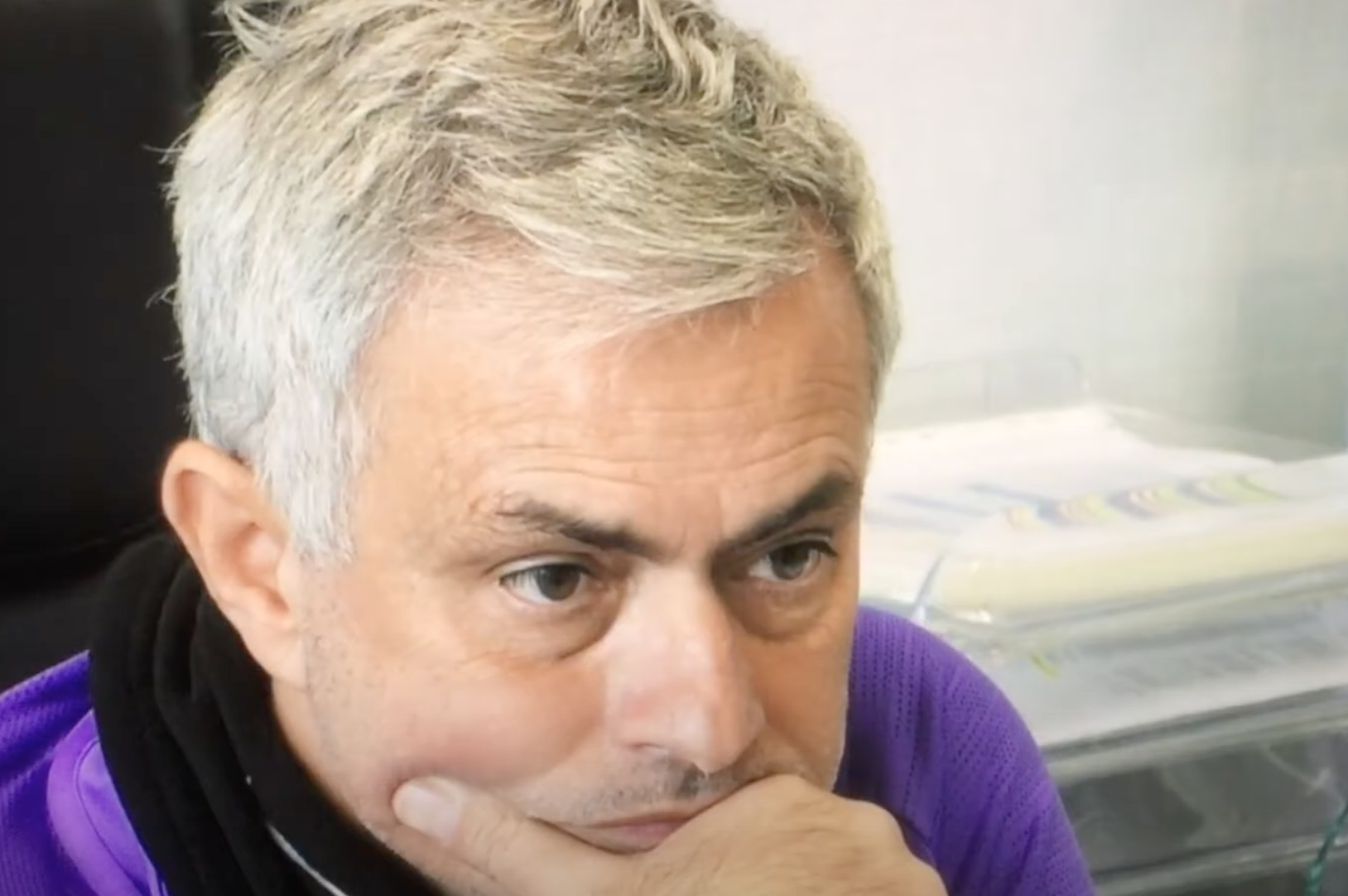 A new favourite and an old one

Irish international Matt Doherty has just joined Spurs and it's clear that Mourinho is a big fan of one part of his game.

Speaking ahead of Spurs' trip to Molineux, Mourinho said: "If we go there with a Micky Mouse mentality, they'll fuck us. Doherty is aggressive. Traore is powerful. Jonny Castro is direct. Even if we're winning and we think the game is under control and we're comfortable, with this team, we're not comfortable."

As for that emotional return to Stamford Bridge to face Chelsea, prior to the game, Sky Sports News was on the TV in the Spurs canteen.

At this moment, Eriksen asks Mourinho what does he think of Frank Lampard?

"Yeah, he's a good guy. Professional as a player. The best I've ever seen."

You can watch All or Nothing: Tottenham Hotspur by sign up for a 30 day free trial of Amazon Prime Video here.

(As an Amazon Associate Balls Media earn from qualifying purchases.)

SEE ALSO:  5 Iconic Mourinho Moments From Opening Episode Of 'All or Nothing: Tottenham Hotspur'

Football
2 months ago
By Eoin Harrington
The Best Sports Documentaries To Check Out On Prime Video
Football
1 year ago
By Gary Connaughton
'All or Nothing: Tottenham Hotspur': How To Watch The Amazon Spurs Documentary
30

All or Nothing: Tottenham Hotspur Amazon Prime Football

Football
2 months ago
By Eoin Harrington
The Best Sports Documentaries To Check Out On Prime Video
Football
1 year ago
By Gary Connaughton
'All or Nothing: Tottenham Hotspur': How To Watch The Amazon Spurs Documentary
Football
1 year ago
By Gary Connaughton
Snippet From Spurs Documentary Shows Why Matt Doherty Is Perfect Fit
Popular on Balls
GAA
24 minutes ago
By Donny Mahoney
Much Has Changed Since Jack O'Connor Last Managed Kerry
Golf
1 hour ago
By Jonathan Byrne
Bryson DeChambeau Hit One Of The Most Audacious Drives In Ryder Cup History
Golf
2 hours ago
By Eoin Harrington
Shane Lowry Made A Brilliant Start To His First Ryder Cup Round
Football
5 hours ago
By Eoin Harrington
Ole Gunnar Solskjaer's Jab At Jurgen Klopp Doesn't Hold Up