The Netherlands and the Ukraine lit up Euro 2020 last night with a bonkers 3-2 soireé in Amsterdam that featured five second-half goals. On an epic day of sport, the match was the pints equivalent of the one you definitely don't need but enjoy the most and never regret.

For football fans in Ireland however, the match was experienced with a kind of FOMO. While Stephen Alkin and Ronnie Whelan were doing a credible job of commentary on RTÉ, most of the social media conversation around the game was about the genius of  Clive Tyldesley and Ally McCoist over on ITV. McCoist , in particular, gave the match the urgency of a World Cup final and has been trending on social media for the past 12 hours.

Clive T and Ally McCoist is the dream team and they’re doing the fun games we really want to watch but aren’t emotionally invested in. It’s a smart use of them by ITV.

If you missed it, ITV were kind enough to upload five minutes of highlights of the match to Youtube and it features just enough impassioned Ally analysis to feel regret over what we missed out on.

It served as a wake up call for Irish viewers that our Euros experience has been somewhat downgraded over the past few years. These days, it's very tricky to watch ITV in Ireland without taking complicated measures. The BBC, on the other hand, is available via most providers.

It wasn't always this way. Historically, Irish TV viewers have been had the best of both worlds during major tournaments, as we could choose between Irish and British commentary for every match. This was especially useful during England games, where one could watch RTÉ for more clear-eyed analysis or jump over to the BBC or ITV for something completely different, ie Ingerland hype pushed to the max.

It's a pity because ITV has arguably the best coverage of the tournament in the English language, with the likes of Keane, Neville and Sounness all in studio. They've also got the broadcast rights to the next two England games as well, including the match against Scotland on Friday. According to Twitter, McCoist will be in the commentary booth for that tussle.

As any fan of FIFA 03 will attest, McCoist is a magical co-commentator. It's a shame most of us won't get to hear him - or any of ITV's coverage - this summer. 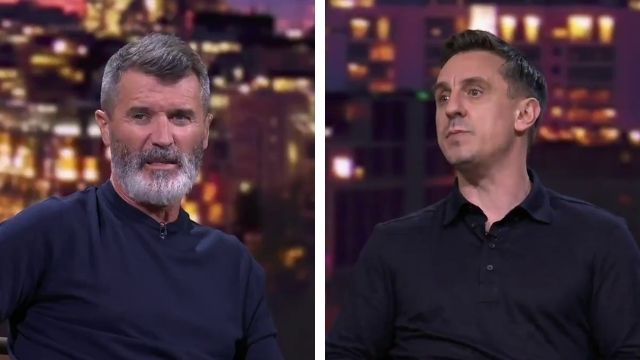