Watch: Striker Produces Brilliant Moment Of Sportsmanship In Serie A

Atalanta took on Torino earlier this afternoon in an important game at both ends of the table. Last year's Champions League quarter-finalists Atalanta are locked in a fierce battle for the European places, while Torino sit just outside the relegation zones.

Around the half-hour mark, with Atalanta leading 3-0, Torino striker Andrea Belotti appeared to be brought down by Christian Romero. On closer inspection, it appeared that Belotti had actually merely slipped up of his own accord.

The referee blew for a free-kick, but the Italy international seemed to talk the referee out of giving Romero a yellow card, admitting that it shouldn't have been given as a foul. The referee then reversed his original decision and allowed Belotti to kick the ball back to the Atalanta keeper from a drop-ball.

Andrea Belotti talked the referee out of booking Cristian Romero after he 'fouled' him.

Then, Belotti gives the ball back from the resulting free kick.

In such a high-stakes game, tensions can often run high - so it was fantastic to see a moment of pure sportsmanship rather than a scuffle.

Belotti was rewarded for his gesture when he scored Torino's first goal a few minutes later - and the game turned out to be a cracker, with Torino ultimately overturning Atalanta's 3-0 lead and drawing the game up 3-3.

The draw is a massive result on the road for Torino, but will have done Atalanta's Champions League hopes no good. 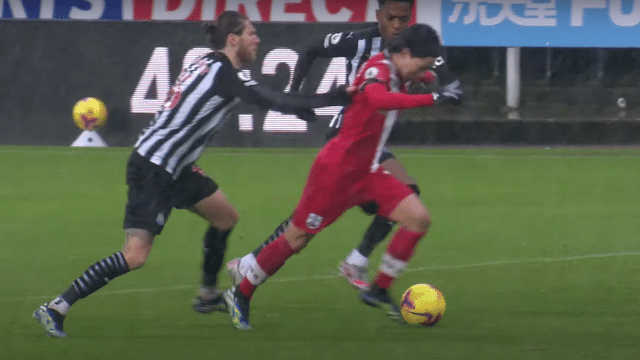