Andrew Omobamidele continued his meteoric rise through the ranks this afternoon, making his Premier League debut for Norwich City against Arsenal.

While it ended in defeat, Omobamidele did not look out of place against the Gunners as his memorable week continued.

On Tuesday night, the former Leixlip United defender made his first start for Ireland in a World Cup qualifier against Serbia.

He capped off his fine week with an impressive showing at the Emirates Stadium for the Canaries.

Norwich were eventually undone by a scrappy Arsenal winner, but that does, and should not, take away from an impressive outing by the Co. Kildare native.

In the lead up to Saturday's game, Norwich boss Daniel Farke admitted that Omobamidele's international exploits would put him in contention to start for his side.

It was unbelievably delighted for him that he has his full debut now for the Irish team, and I think it was a really good performance, also against Portugal.

And so it proved. The 19-year-old was picked to start for the Canaries, and the reaction to his debut was positive to say the least.

The PinkUn said this after the game in their debrief as they awarded him with a rating of 6/10.

"Certainly Omobamidele did not look out of place on this grandest of stages.

"The young Irish international carried on in the same composed fashion as his recent appearances for his country."

That was not the only positive reflection of his performance, however.

Andrew Omobamidele (CB) - 6/10 - On his Premier League debut, the 19-year-old Republic of Ireland international hardly looked like a newcomer at this level.

It was not just the media that took a shine to Omobamidele's performance at the Emirates Stadium, his manager was of a similar view.

"We have to be brave and trust what you have to give these guys their debut. I trust Andrew [Omobamidele] today.

"I have compliments for all the young lads but they are disappointed because they deserve more than what they got.

"There are many positive things that we can take out of this game."

Speaking after the game himself, the ever-impressive teenager admits that the defeat soured his Premier League debut, however.

It's been a great week. I dreamt of a week like this since I started playing football on the biggest stage. Hopefully I can get more moments like this.

To be playing at this level at such a young age is such a valuable experience. 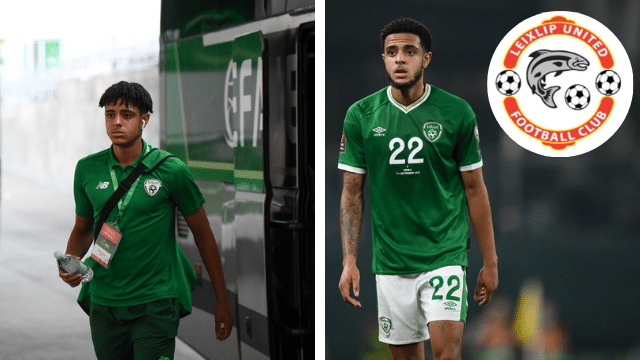