In the most predictable news of the Premier League season, Rafael Benitez has finally been shown the door at Everton.

It was a bizarre appointment, one that everyone expected to go pear-shaped rather quickly. That has indeed proven to be the case, with the Spaniard now holding the less than desirable title of the shortest serving manager in the club's history.

Of course, most people outside of Everton could have seen this coming from a mile away. Benitez's mix of his links with Liverpool and uninspiring brand of football meant that things were always likely to go south.

The only surprise is that he managed to hand on for this long, with Everton winning only one of their last 13 Premier League fixtures.

Speaking on beIN SPORTS, former Everton striker Andy Gray said Benitez can have few complaints about losing his job and didn't help himself right from the time he was appointed at Goodison Park. He also dismissed journalist Guillem Balague's suggestion that the manager was not given a proper chance at the club.

📉 A look at the damning statistics behind Rafa Benitez's @Everton sacking.@GuillemBalague believes the Spaniard "has not been given a proper chance".

Evertonians, what are your thoughts on the dismissal and who would you like to see as next permanent manager? 🤔#beINPL #EFC pic.twitter.com/w8rMegtZS9

The players didn't look inspired by him...

It's just not good enough and it didn't look like changing. If I could sit here say 'I can see what he's trying to do with the team, what he is trying to achieve, what he wants people to do and how they want to play'. I don't and I don't think the players do.

There were time yesterday when Richarlison came on, he was wandering about the pitch wondering 'do you want me to play out wide'...

Another thing is that it was always somebody else's fault, it was never Rafa's fault. We were losing games left, right, and centre, and even yesterday he was blaming everybody but himself even with the goals we conceded.

He's the coach, leader, and director of it all. He's responsible for it all. I think that whoever comes in, and I think Duncan [Ferguson] will be the interim manager, they will get a tune out of these players. I really do, if he is the right appointment...

I'm not saying they downed tools, but he didn't get enough out of them in my opinion...

I'm not surprised that Guillem has backed his mate, why wouldn't you? I would expect him to and it's good that he does.

While it was clear that Benitez was not working at Everton, it is also obvious that their problems go far beyond the manager. They have spent poorly in recent seasons and look further away than ever from competing with the division's top clubs.

Whoever gets the job next will certainly have a huge task on his hands to turn things around. 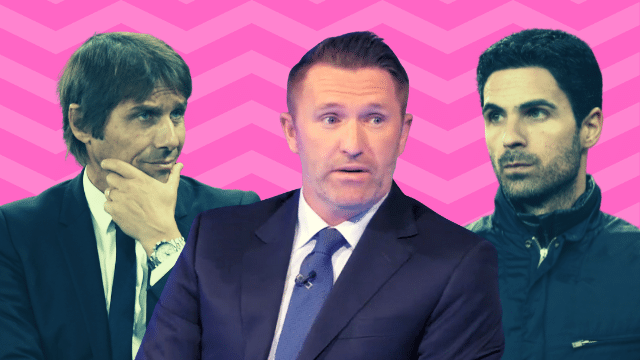