Reid had served as Ireland U18 for the past 22 months. The former Ireland international, who played for Forest, joined the club as a coach a year ago. He had been managing the club's U23 team on an interim basis since September.

"It is with great regret that I am leaving this position but the opportunity to work full-time at Forest was just too good to turn down,” Reid told FAI.ie.

"I want to thank the FAI for appointing me to the U18 international job last year. I enjoyed every minute of it and I know the experience will stand to me for the rest of my career."

Regarding the Forest job, Reid said: "I am delighted to have accepted the role. Everyone knows my affiliation with this club, so to now become head coach of the Under 23s is really special for me.

"We had a fantastic season last year and myself and all of the staff connected to the academy are determined to achieve parallel success this season and to see the continued development of these fantastic young players.

“It's obviously an exciting time for the club with plans and ambitions to move the academy into the category one status. There's a lot of work to be done in order to achieve this, but we are all determined to see it through and give our players the best possible chance of going on to have successful careers.” 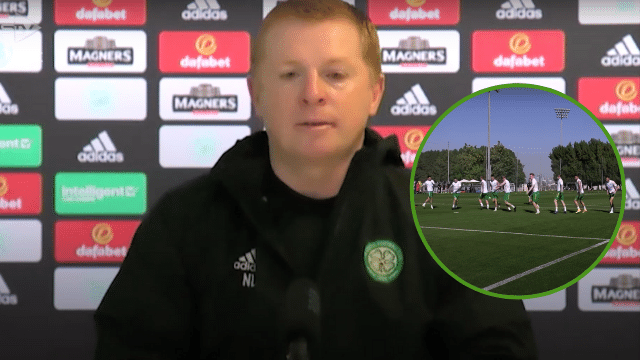 Football
1 month ago
By Gary Connaughton
Report: Championship Club Want To Cut Shane Duffy's Loan At Celtic Short
Football
4 months ago
By PJ Browne
Chris Hughton Back In Management As New Nottingham Forest Boss
Football
5 months ago
By PJ Browne
'You'd Try To Keep Your Birthday Quiet At All Costs'
Popular on Balls
GAA
16 hours ago
By PJ Browne
'I Have Pictures Of Stephen Cluxton All Around My House, It’s A Bit Weird!'
Rugby
18 hours ago
By Balls Team
Son Of Offaly Hurling Legend Set For Super Rugby Debut
The Rewind
15 hours ago
By Sean Meehan
Introducing The Vote For Ireland's Greatest Singalong Song
Rugby
13 hours ago
By Eoin Harrington
Rob Kearney Player Mic Gives Great Insight On Western Force Debut