Former Republic of Ireland international Andy Reid has launched a passionate defence of his former team-mate Roy Keane after recent criticism of his management techniques.

Keane, who recently joined Martin O'Neill on the coaching ticket at Nottingham Forest, was criticised for his style of management while involved with the Republic of Ireland, most infamously after a clash with Harry Arter.

However, as far as Reid is concerned, Keane is merely trying to set high standards.

Listen, Roy is demanding. He demands high standards and you need to be mentally strong working with him. I don't see any problem with that. People are saying you can't treat people like that anymore? What? You can't demand high standards. Day in, day out. Pass the ball probably. Ten-yard pass, make sure it's done probably. There's a tackle there to be made, tackle.

He went on to stress the onus is on players to adapt: "If people can't deal with that, they need to work on their personalities."

“Roy demands high standards. You need to be mentally strong with him.”

“If people can’t deal with that, they need to work in their personalities.” ?@AndyReidXI doesn’t get criticism of Roy Keane’s management style. pic.twitter.com/I9pm5gzCSg

Reid cited the impact Keane's personality had on him as a player. 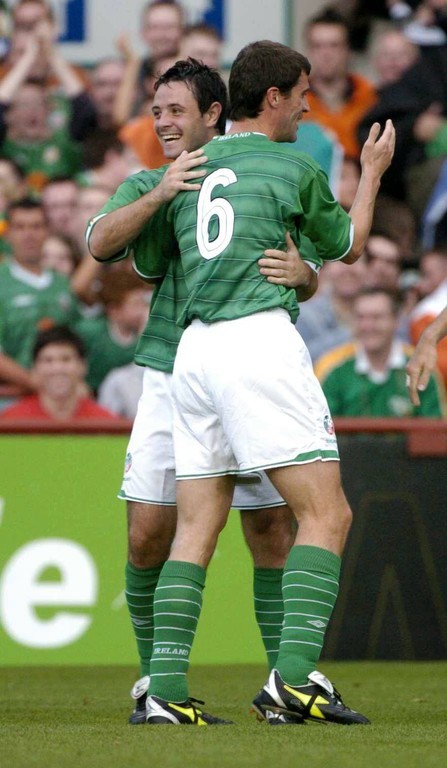 "I was in two or three squads with him before I got injured when Martin took over and Roy was in there and it is a different dynamic for Roy. He's not the manager.

"But listen, if Roy Keane is coming up and having that quiet little chat with you, you're going to respond to it. When I played with him, I'd say Roy is one of the best players I played with because whenever he came into a team they raised their game by one or two percent because he was in the team.

"Not because of anything he did on the ball, because he was there, because of his personality."